Joe's Pizza Will Bring the Classic NYC Slice to Miami 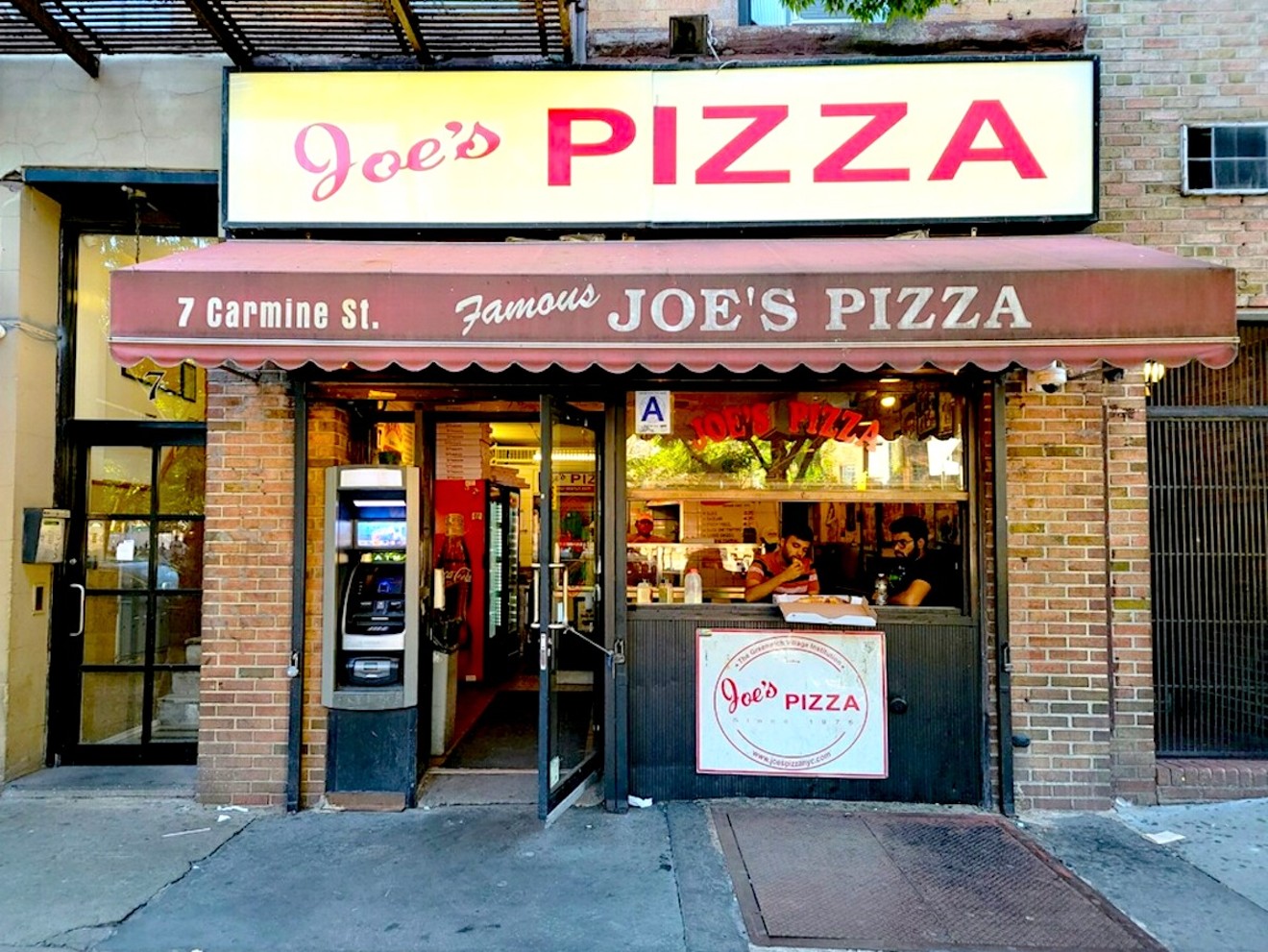 The famed Joe's Pizza is expanding to Miami from its Greenwich Village base. Photo by Nicole Danna
It's official: Yet another famous New York City restaurant is making the trip south to Miami.

Joe’s Pizza, the family owned-and-operated Greenwich Village institution that set the standard for the quintessential New York slice will open its first Florida location at Wynwood 25. The restaurant is scheduled to open in spring 2022.

Last week, Joe's Pizza owner/president Joe Pozzuoli, Jr., confirmed he has signed a deal for a long-term lease in the heart of Wynwood, at 240 NW 25th St.

Joe’s founder Joe Pozzuoli, Sr., is from Naples, Italy, and, at the age of 84, still owns and operates the Greenwich Village flagship. His son, Joe Jr., and grandchildren Sal and Pino Vitale, are part of the ownership and operations team in Miami.

Locals and tourists alike will no doubt visit Joe’s Miami for its authentic New York pies. The institution has been in operation since the 1975 opening of the first location, on Carmine Street. Joe's is legendary for its thin-crust pies, blocklong lines, and celebrity clientele, whose photos are displayed on the walls. The chain now operates five locations across New York City, as well as one out-of-state outpost in Ann Arbor, Michigan.

According to DWNTWN Realty Advisors executive Joe Fernandez, who represented the landlords Related Group and East End Capital, the building's central location and wide range of tenants attracted them to the space, which in addition to 289 apartments includes retail space occupied by the likes of Japanese restaurant Uchi Miami, Danny Meyer-backed Salt & Straw, Connecticut-based Bartaco, and Dogfish Head Miami.

"After an extensive search, Joe’s Pizza was attracted to Wynwood the most. The location is excellent — literally in the heart of Wynwood. Because they have a lot of walk-up and to-go business, the mixed-use space and central location for delivery was a perfect fit,” Fernandez tells New Times. "And with such a huge following up north, Joe’s will greatly benefit from the New York migration into Wynwood and the substantial pipeline of new office and residential development."

Joe’s Pizza is just one of many New York-based restaurants to choose Miami for expansion since the onset of the pandemic. Other establishments include NYC square-pie spot Prince Street Pizza at the Oasis food court), Italian eatery Carbone in South Beach, Cote Korean steakhouse in the Design District, the forthcoming Pastis, which will be a Wynwood neighbor.

Joe's Pizza at Wynwood 25. 240 NW 25th St., Miami; joespizzanyc.com. Opening spring of 2022.
KEEP MIAMI NEW TIMES FREE... Since we started Miami New Times, it has been defined as the free, independent voice of Miami, and we'd like to keep it that way. With local media under siege, it's more important than ever for us to rally support behind funding our local journalism. You can help by participating in our "I Support" program, allowing us to keep offering readers access to our incisive coverage of local news, food and culture with no paywalls.
Make a one-time donation today for as little as $1.