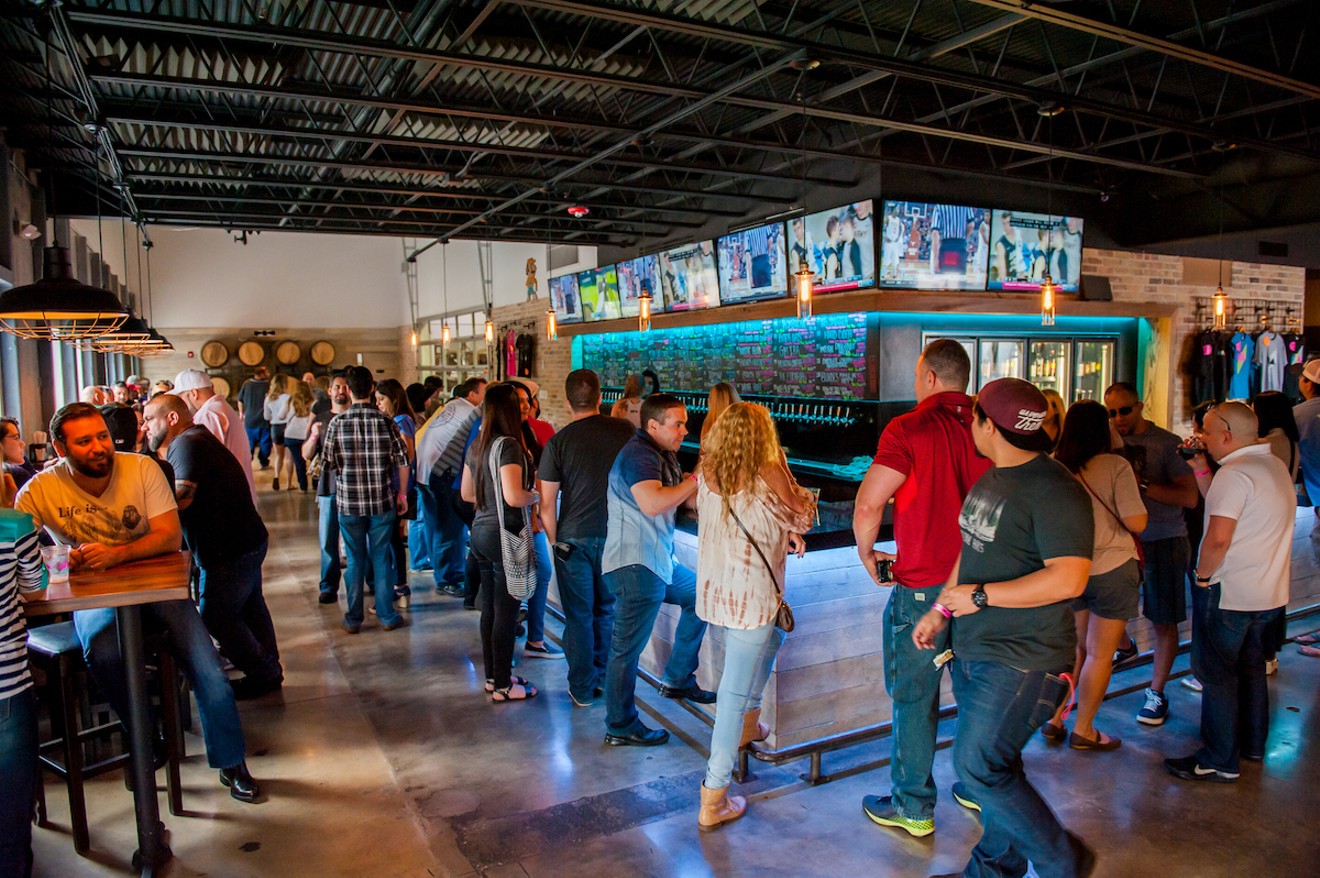 The taproom at M.I.A. Beer Company Photo by Julia Rose / @JuliaRosePhotog
M.I.A. Beer Company had a big announcement this week: Beginning June 1, Miami's oldest independent brewery will no longer distribute its products in the state of Florida.

In a statement released on behalf of M.I.A. Beer on Thursday, founder and co-owner Eddie Leon shared the details.

"It's with a heavy heart we inform you we will no longer be distributing M.I.A. beers in the state of Florida effective June 1," Leon stated. "Unfortunately, the struggle of distributing our beer to you in Florida as a small independent craft brewery is no longer sustainable. Our efforts and resources are better spent here at M.I.A. and hopefully future taprooms."

Leon opened his Doral taproom in 2015, shortly after he began distributing his first home-brew, Miami Weiss, on draft in 2014. While sales were strong initially, distribution and profits have continued to drop over the past several years.

"We've come to a conclusion that it no longer makes sense for us to distribute in the state of Florida," Leon said.

While distribution sales have suffered, the taproom has continued to flourish. As a result, Leon says, he and his 24-person team will focus on expanding M.I.A.'s taproom experience.

Customers can still purchase M.I.A. beer at the brewery alongside to-go crowlers and cans of brands currently in distribution, including Mega Mix pale ale, the Tourist Trappe Belgian-style tripel, and Neon IPA. But as of next month, M.I.A. products will no longer be for sale at local retailers or restaurants.

"We have always been about fun and experimentation and want to dive even deeper into our liquid art form. The heart of our company has been centered around our taproom and the crazy amount of taps — 54 to be exact — that we strive to fill with unique beer styles and beverages," Leon tells New Times. "We're looking to make it more of a lounge experience. Our goal is to have more options, and we'll probably be the first brewery to offer bottle service."

"We recently received our distillery license and are now venturing into a whole new chapter that will hopefully bring new things for you to be even more excited about," he adds. "I've always been about experimentation. We have our winery license, and adding spirits just opens up a whole new range of what we can produce and provide here at the taproom."

Moving forward, distilling operations will expand to a new location yet to be announced. And though no concrete plans are in place, Leon hopes to expand M.I.A.'s presence with additional taprooms in cities throughout Florida.

"Through the years, we've grown and evolved as a company, and our industry has also evolved. We love to share the experience of drinking our beer and feel so much pride and gratitude when we see our beers on store shelves and restaurant menus. Thanks to all of our retail partners for your many years of dedicated support," sums up Leon. "We appreciate everyone's understanding and hope to see you soon at an M.I.A. taproom."

M.I.A. Beer Company. 10400 NW 33rd St., Ste. 150, Doral; 786-801-1721; mia.beer.
KEEP MIAMI NEW TIMES FREE... Since we started Miami New Times, it has been defined as the free, independent voice of Miami, and we'd like to keep it that way. With local media under siege, it's more important than ever for us to rally support behind funding our local journalism. You can help by participating in our "I Support" program, allowing us to keep offering readers access to our incisive coverage of local news, food and culture with no paywalls.
Make a one-time donation today for as little as $1.