David Grutman to Reopen the Forge in Miami Beach 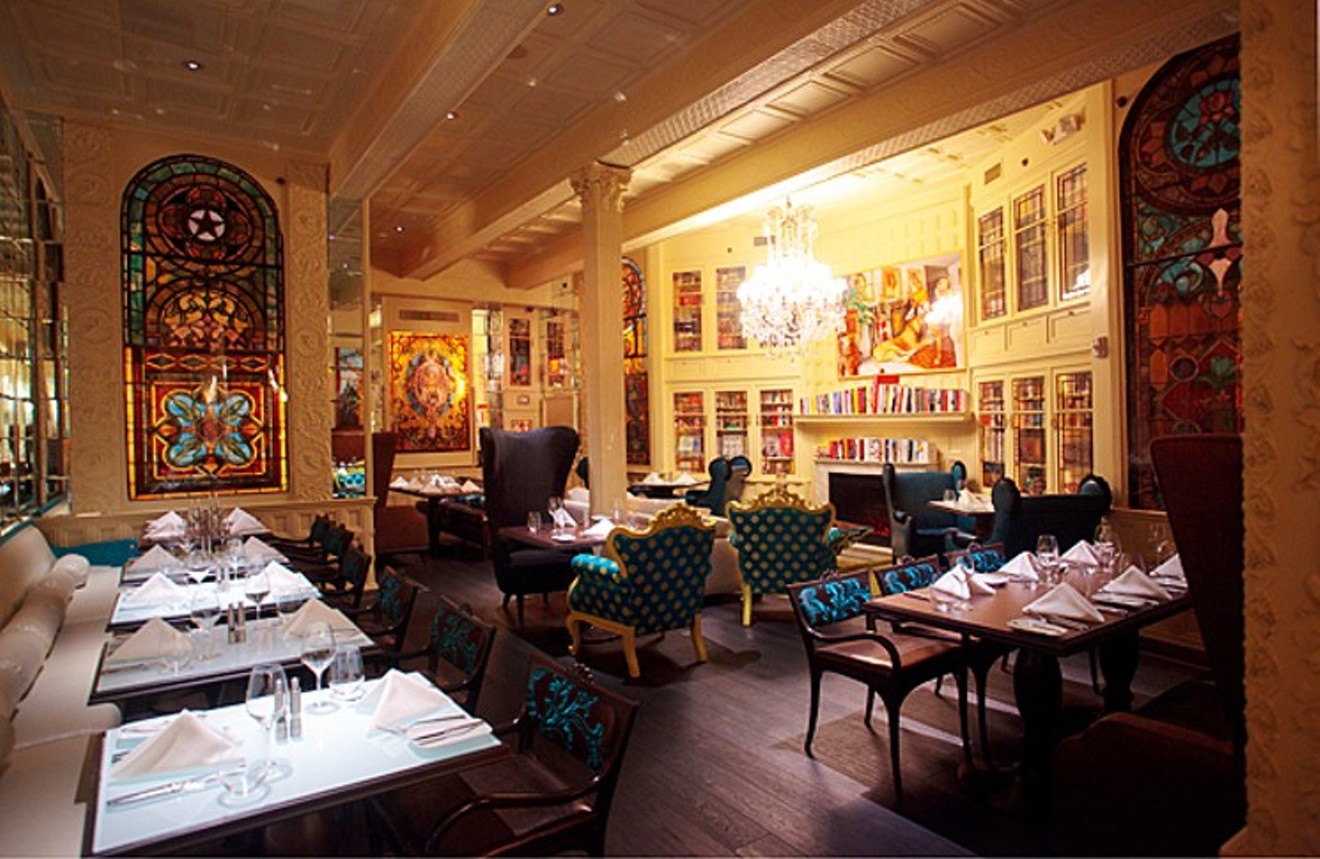 The Forge, which closed in 2019, is being acquired by David Grutman. Photo by Bill Wisser/billwisserphoto.com
Does David Grutman ever sleep?

Having just finished unveiling the Goodtime Hotel and its restaurant, Strawberry Moon, the Miami restaurateur and nightlife tycoon's second collaborative venture with Pharrell Williams, Grutman is already on to new projects.

His Firestone Garage on Alton Road is set to open any day, and rumor has it that Grutman has his eyes on the ill-fated Punch Bowl Social space in Wynwood.

Apparently, Grutman is also taking over the Forge.

Reached by New Times, a representative for Grutman confirmed the news, though details are still being hammered out. A reopening date for the restaurant is still about a year out. It's also not confirmed whether Grutman will diverge from the steak-house concept. (Grutman already owns Papi Steak in South Beach.)

Regardless of what Grutman does with the restaurant, the Forge is a natural addition to Groot Hospitality's portfolio. The 6,000-square-foot space includes an eight-room wine cellar and a secret private dining room. It's also only about a half-mile from Grutman's LIV, a mega-club that recently reopened at the Fontainebleau Miami Beach hotel following a pandemic-induced hiatus.

The Forge's history is forever, well, forged into that of Miami Beach. In the 1920s, Dino Phillips developed the space as a blacksmith's forge. In the 1930s, he turned the building into a dinner club and casino. For decades, the Forge was the place to see and be seen in Miami Beach for celebrities and gangsters alike.

By the 1960s, the Forge had lost much if its luster. In 1968, Alvin "Al" Malnik purchased the restaurant. The attorney-turned-real estate investor and philanthropist demolished it and rebuilt a new, opulent palace of dining and the Forge's popularity reheated.

In 1991, Malnik's son, Shareef Malnik took over the reins. In 2010, the restaurant underwent a $10 million makeover. Changes included lightening the wood-paneled walls and adding a state-of-the-art wine-by-the-glass system.

The restaurant carried on as a family affair until April 2019, when Shareef Malnik announced that the Forge would close for renovations and reopen in time for the fall season.

At the time of its closure, the Forge was the second-oldest restaurant in Miami, second only to Joe's Stone Crab.

Though Grutman and Groot Hospitality have not shared their plans for the restaurant, they have a century's worth of history to tap into for ideas.
KEEP MIAMI NEW TIMES FREE... Since we started Miami New Times, it has been defined as the free, independent voice of Miami, and we'd like to keep it that way. With local media under siege, it's more important than ever for us to rally support behind funding our local journalism. You can help by participating in our "I Support" program, allowing us to keep offering readers access to our incisive coverage of local news, food and culture with no paywalls.
Make a one-time donation today for as little as $1.