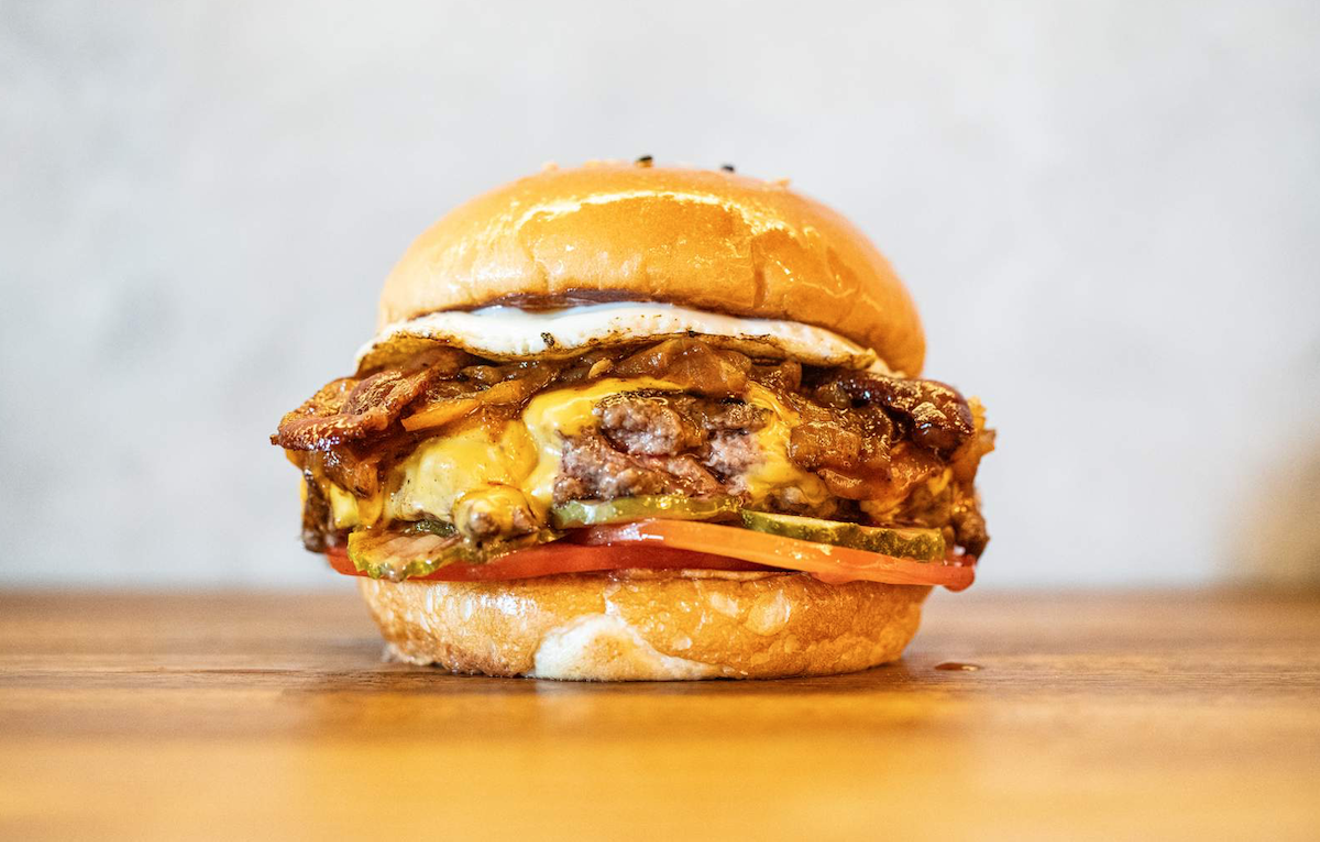 The brand — which currently operates 12 locations in Argentina — will be the first Argentine hamburger chain to reach the U.S. when it opens its doors on Biscayne Boulevard in North Miami Beach on August 16 at 6:30 p.m.

Cofounders and family members Daniel, Roxana, and Renzo Cocchia say La Birra Bar was conceived as an extension of Daniel's parents' rotisserie deli. Initially, the two concepts shared a kitchen. Today, fans of the brand call it "the temple."

In Argentina, La Birra Bar made a name for itself with its myriad menu options and the family's self-described obsession with creating the "perfect burger."

First, says Daniel, came the patty: a proprietary blend they hand-chopped from various cuts of beef.

Next, the bun. After turning down numerous proposals from local bakers, the family decided to develop their own bun, one that is hand-kneaded and baked fresh daily for a light and fluffy texture.

The toppings are also made from scratch. "Everything — pickles, crispy onion, bacon, and sauces — are all subjected to rigorous tests before being part of our product," says Daniel.

With their success, the family chose Miami to expand stateside after visiting in 2018. Unable to find a burger that resembled his own take, Daniel began to explore options for expanding the brand into new markets, including Spain.

Like its sister concepts, the Miami Birra Bar location will offer more than 40 variations of its hamburger and veggie burgers.

You can keep it simple with the "Clásica," a six-ounce patty topped with Emmental cheese, lettuce, and the house tomato-based secret sauce.

Or you can branch out.

Favorites include the "Criolla," with bell pepper, onion, roasted tomatoes, and provolone; the "Umami," topped with aioli, spicy ketchup, confit tomatoes, and Milanese mozzarella; the "Monterrey," with guacamole and jalapeños; and the "Magumbo," with cheddar, bacon and the house "Magumbo" sauce.

Test your hunger with the massive "Burger 532," a towering five-patty sandwich topped with alternating layers of cheddar and bacon.

Additional menu items include chicken nuggets, pulled pork, ribs, and sides like onion rings or mozzarella sticks (prices are not yet available for menu items).

Although the restaurant was originally supposed to open in early 2020, the pandemic derailed the family's plans — perhaps for the best.

"This location would probably have been open for at least six or seven months in a normal context," said Daniel. "Instead, we decided not to rush and allowed the project the necessary timing to be truly successful."

La Birra Bar. 14831 Biscayne Blvd., North Miami Beach; 305-705-2143; labirrabar.com. Opening end of August 2021.
KEEP MIAMI NEW TIMES FREE... Since we started Miami New Times, it has been defined as the free, independent voice of Miami, and we'd like to keep it that way. With local media under siege, it's more important than ever for us to rally support behind funding our local journalism. You can help by participating in our "I Support" program, allowing us to keep offering readers access to our incisive coverage of local news, food and culture with no paywalls.
Make a one-time donation today for as little as $1.