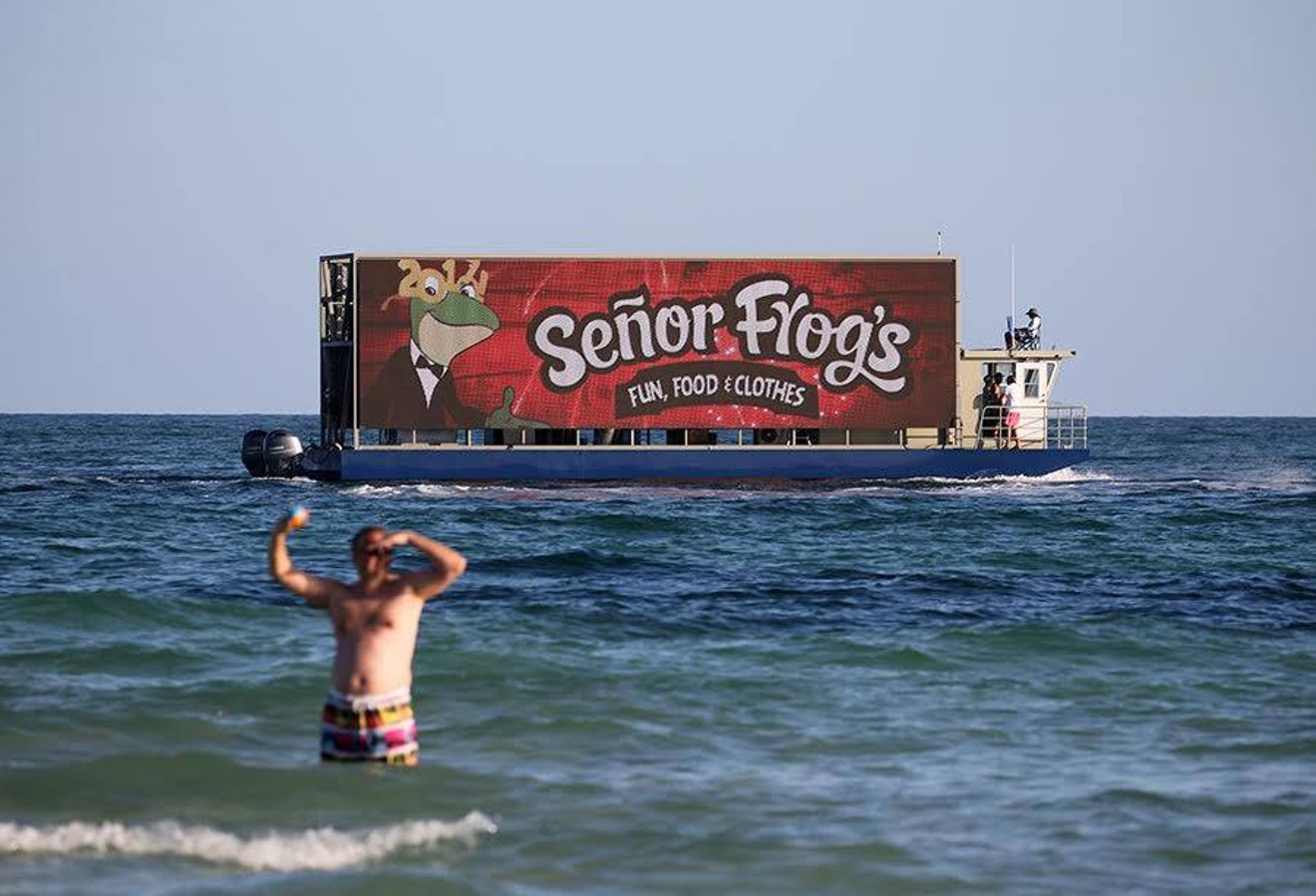 She says she feels city officials did not make that clear before the vote — and that she's disappointed the city cannot ban the boats from the Atlantic, since that's where the bulk of complaints have originated.

Adam Shapiro, owner of the boat advertising company, says the new law only pertains to parts of Biscayne Bay and that he will continue sailing in ocean waters off Miami Beach.

"Although we cannot display advertising in certain areas in Biscayne Bay, we are excited to operate along the shores of Miami Beach (our primary targeted area)," he said in a statement. "We advancing beach communication into the 21st century by offering price points to support local business, displaying PSA's and raising awareness for environmental causes through our digital platform.

"Although we cannot make everyone happy, we have seen first hand the joy that our platform has brought to many of Miami Beach tourists and locals alike."

Rosen Gonzalez says she wants the city to continue trying to regulate ads on the ocean.

"It's becoming more and more of a nuisance," Rosen Gonzalez says. "And now there's one guy who has a business model — can you imagine if we've got 10 boats out there with floating billboards?  It's frightening."

A Miami Beach-based company's take on oceanfront advertising — a boat that hauls back-to-back, 46-foot-wide high-definition screens — hit local beaches months ago. But residents were not pleased with giant roving ads disrupting their views.

"I mean, I just thought it was ridiculous," says Michael DeFilippi, a Miami Beach activist. "It was just complete commercialization of our city and really taking away from the natural environment and the peace of the beach."

Comments about the boat poured in to the environmental-minded Facebook page DeFilippi runs, Clean Up Miami Beach. "Is nothing sacred?" one person asked. DeFilippi, for his part, worried that increasing numbers of billboard-loaded boats would crowd the beaches.

Now Miami Beach has passed a rule banned advertising vessels from some of the waters within its jurisdiction. During a meeting Wednesday, the city commission voted unanimously in favor of the ban, proposed by Commissioner Michael Grieco.

"All I know is that it's really obnoxious and intrusive to people when you're riding up and down in a billboard," Commissioner Kristen Rosen Gonzalez told the owner of the company in question, Ballyhoo Media. "You come to the beach because it's a kind of tropical paradise. The last thing you need is a boat with a billboard right in your face."

The vote came despite the arguments of Ballyhoo Media owner Adam Shapiro, who he loves the beach and believes his company will help instead of hurt it by offering a cheaper, quicker way to reach customers and make announcements.

"Advertising has been on the beach," said Shapiro, who founded the company with his brothers. "We're not new — we're a new platform. Airplanes have been flying over 50 to 60 years."

Shapiro added that some beachgoers love the "platform" and have used it for birthday wishes and proposals, which prompted Rosen Gonzalez to say there's "a bit of romance, but not when you're going to the beach for a swim." She apologized for calling the business model obnoxious and said it might have better luck up North.

For a moment, the commission meeting almost had the feel of an episode of Shark Tank. Mayor Philip Levine, the multimillionaire founder of a cruise-industry media company, told Shapiro that although the commission had to listen to residents, he appreciated his "entrepreneurial zeal."

"By the way, another business model: I would go chase the cruise ships with those," the mayor said. "Right when they get off the limit, I would go follow them, be right alongside them and advertising to them."

He added, "I think it's a better business model."