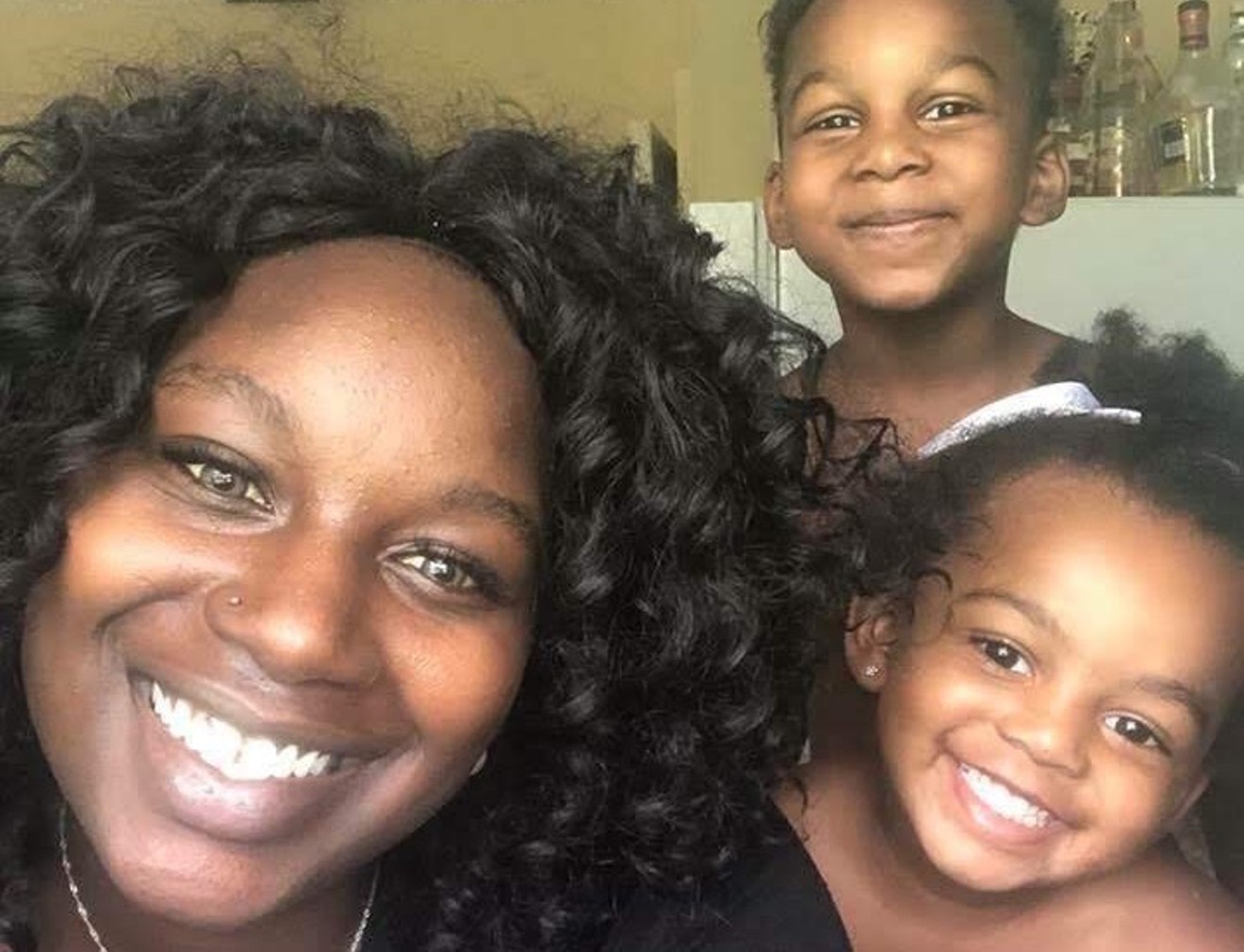 Dyma Loving (left) Photo by Dyma Loving
Read an update at the end of this story.

Dyma Loving and her friend Adrianna Green had just left home in South Miami-Dade when a neighbor began shouting insults at them. Loving, who is 26 years old, and Green, age 22, said they planned to run errands when Green's 50-year-old neighbor called the women "whores."

Loving and Green say they ignored the insult at first. But then, when the abuse continued, Green threw a plant into the yard of the neighbor, identified in police reports as Frank Tumm. That's when, Loving says, Tumm, who is white, pulled out a shotgun and said he would "shoot my burnt black-ass face off my neck."

Fearing for their lives, the women fled. They called 911 as soon as they reached a safe place.

At least five Miami-Dade Police officers responded to the call around 10 a.m. Tuesday, March 5, at SW 113th Place and SW 201st Street. The first responding officers spoke with Loving and Green and then spoke with the neighbor.

Then Officer Alejandro Giraldo pulled up. "He started interrogating us like we were the suspects," Loving says. "I asked if he could escort us back to my friend's house so I could put my phone on a charger and call my children. I had just had my life threatened and was terrified.

"He was so rude and aggressive from the get-go," Loving continues. "He kept telling me I needed to calm down, but I was so scared at that moment."


A black woman Called Miami-Dade Police For Help After A Man Brandished A Weapon and threaten her life. Yet, She Was Arrested for being distraught pic.twitter.com/xQ2vvDZZsW

When the video begins, Giraldo can be heard telling the woman she needs to be Baker Acted. (Initial reports had the officer saying, "You need to be corrected," but Loving clarifies that he told her she needed to go to a mental hospital.) Then he lunged at her, wrenched her wrists toward him, and slapped handcuffs onto them before throwing her into a headlock and dragging her to the ground.

"He made me feel like nothing," Loving says. "I don't feel safe anymore. I cry every day. I have kids, and I wonder, Who will protect them if something would happen to them? I could never call the police again."

Both police reports and Loving's own account confirm Loving had neither behaved in a physically aggressive way nor threatened officers prior to Giraldo's violent behavior. Police reports show that after stopping to arrest Loving — a Detroit native who works at a Panera Bread restaurant — officers did not detain the neighbor, Tumm, who pulled a gun on the women, according to a witness.

"Yes, I was yelling, but my adrenaline was pumping — I almost just lost my life," Loving says. "I never threatened anyone. I was just pleading to speak with my kids."

A spokesperson for the Miami-Dade Police Department says Giraldo has since been relieved of duty and an investigation into the incident is ongoing. Loving says that's not enough.

"I think he needs to be permanently relieved of duty," she says. "That's no way for an officer to treat anyone. I was asking for help."

Loving, who has not been convicted of a crime in Miami-Dade County, says her back aches and her arm is swollen from being thrown to the ground and dragged by the officer. After the arrest for disorderly conduct, Loving spent four hours sitting in the back of a police car before being booked at Turner Guilford Knight Correctional Center, where she remained until posting a $150 bond around 3 a.m. the next day.

"Every time I see a police car now, my heart races. I feel like I can't breathe," Loving says. "How am I supposed to call the police for help when they do something like that to me?"

Update: Police late Thursday arrested Frank Tumm and charged him with aggravated assault with a deadly weapon. He was booked into Turner Guilford Knight Correctional Center, and bond was set at $5,000.
KEEP MIAMI NEW TIMES FREE... Since we started Miami New Times, it has been defined as the free, independent voice of Miami, and we'd like to keep it that way. With local media under siege, it's more important than ever for us to rally support behind funding our local journalism. You can help by participating in our "I Support" program, allowing us to keep offering readers access to our incisive coverage of local news, food and culture with no paywalls.
Make a one-time donation today for as little as $1.