Florida Lawmakers Push for Moratorium on Evictions During Hurricanes 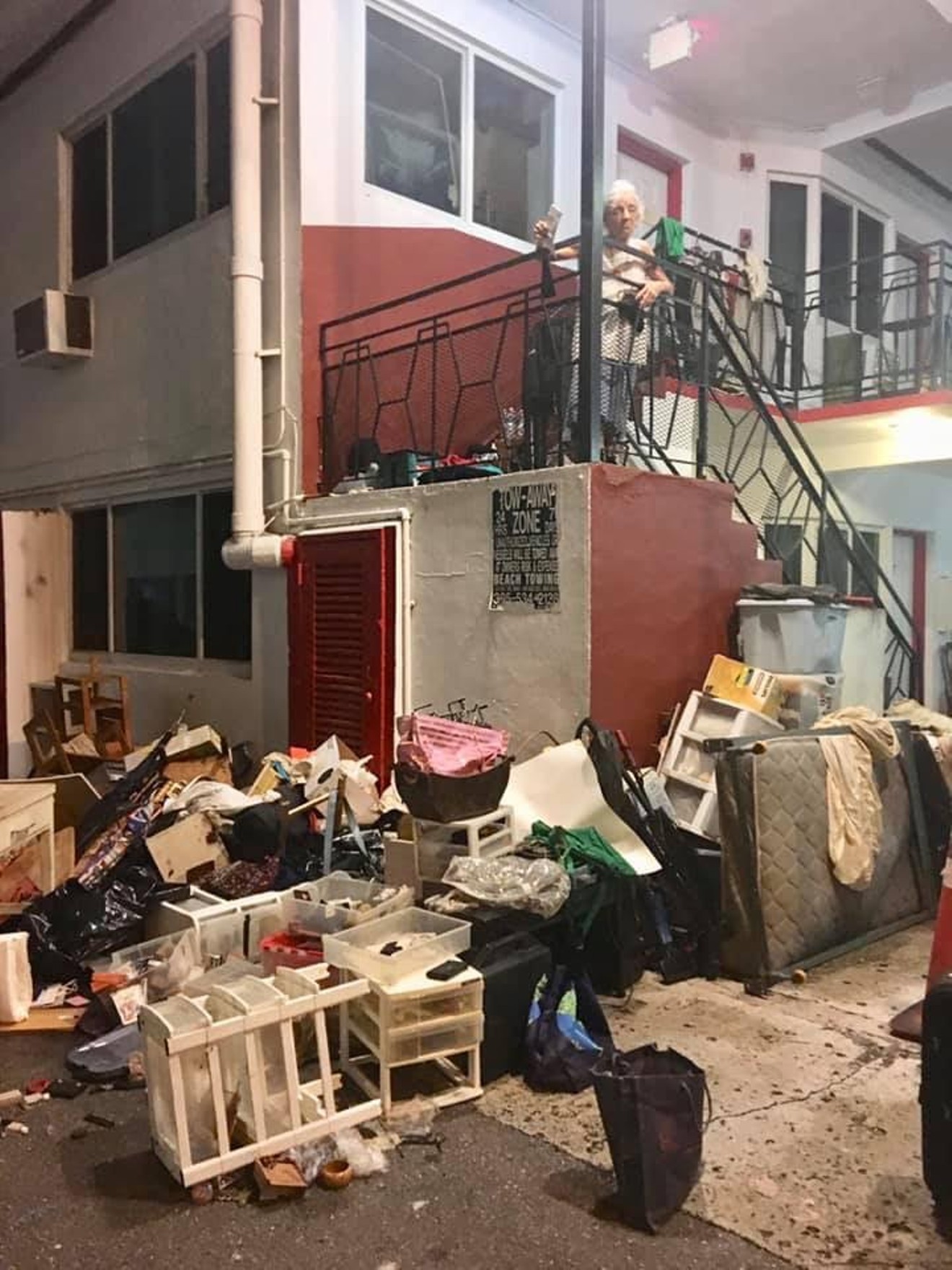 The Miami Beach eviction of Maria Cazañes Friday night has spurred lawmakers to push for legislation that would pause displacement during emergencies such as hurricanes. Photo via Rafael Velasquez
The story of Maria Cazañes, the longtime Miami Beach resident evicted from her home as Hurricane Dorian approached, has spurred lawmakers to take action.

Citing New Times' coverage of Cazañes' eviction, Miami Beach state Rep. Michael Grieco (D-District 113), submitted a request to draft a bill that would pause all eviction proceedings during emergency situations such as a hurricane. Orlando state Rep. Anna Eskamani (D-District 47) has already expressed her intent to cosponsor the bill in Florida's House of Representatives, and Miami-Dade state Sen. Jason Pizzo (D-District 38) will submit a Senate bill as well.


UPDATE: I have just this morning submitted a bill draft request to call for a moratorium on all eviction proceedings, including writs of possession, during times of emergencies such as hurricanes. @senpizzo is going to back us up in the Senate. https://t.co/sI1CyBwin2

Miami-Dade Mayor Carlos Gimenez reportedly said that Cazañes' eviction was a mistake and that county police would no longer assist with evictions when major storms are on the horizon.

Sunday, Miami-based legal organizations submitted a letter to Chief Judge Bertila Soto of the Eleventh Circuit of Florida. They asked that she request an eviction moratorium from Florida Supreme Court Justice Charles Canady in the event of any future storm.

"No one should be forced out of their home with a hurricane looming," says Jean-Luc Adrien, a disaster recovery legal fellow at the Community Justice Project. "Eviction moratoriums should be automatic whenever a state of emergency is declared. We are encouraged that our elected leaders are working towards a solution in state law, and hope our local actors — mayors, sheriff, and the courts — also act swiftly to ensure eviction is the last thing on people's minds as they prepare for and recover from a storm."

Miami legal organizations are asking Judge Soto to request an eviction moratorium from Florida Supreme Court Chief Justice Canady if Hurricane Dorian impacts Miami.
Community Justice Project
As of this morning, the GoFundMe campaign to help Cazañes and her family get back on their feet had already surpassed its initial goal of $5,000 and was inching toward its new goal of $10,000.

"I am grateful and amazed by the outpouring of support for the Cazañes family," says Diana Burnet, the organizer of the fundraiser and one of the community members who rushed to the family's aid Friday night. "I witnessed a selfless team effort and collaboration of mostly strangers joining forces to help this family."
KEEP MIAMI NEW TIMES FREE... Since we started Miami New Times, it has been defined as the free, independent voice of Miami, and we'd like to keep it that way. With local media under siege, it's more important than ever for us to rally support behind funding our local journalism. You can help by participating in our "I Support" program, allowing us to keep offering readers access to our incisive coverage of local news, food and culture with no paywalls.
Make a one-time donation today for as little as $1.