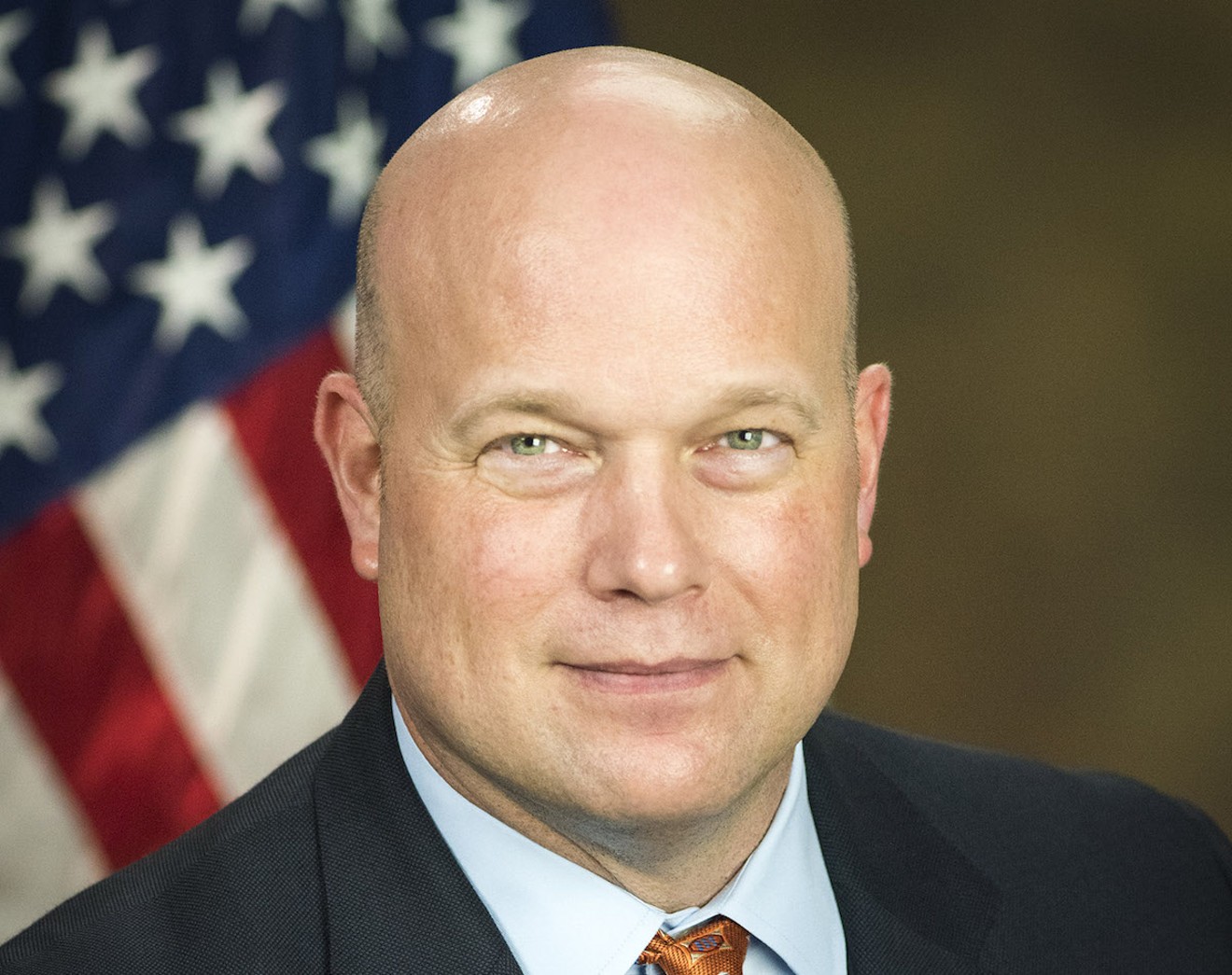 Matthew Whitaker U.S. Department of Justice
The fraudulent Miami Beach company tied to acting Attorney General Matthew Whitaker was being investigated by the FBI as recently as last summer — and might still be in the bureau's crosshairs, potentially creating a conflict of interest.

In a nine-paragraph July 10, 2017 letter obtained by New Times, FBI victim specialist Cinthia Sosa confirmed that the invention-promotion company World Patent Marketing, where Whitaker served on the advisory board, was being investigated as a possible criminal matter.

"This case is currently under investigation by the FBI as well as the United States Postal Inspection Service," Sosa wrote in the letter, which was sent to a customer identified as a potential victim. "A criminal investigation can be a lengthy undertaking, and, for several reasons, we cannot tell you about its progress at this time."

Sosa did not return a call seeking comment Thursday. FBI spokesman Jim Marshall tells New Times the agency neither confirms nor denies the existence of investigations as a matter of policy, so it is unclear whether the probe has been closed or is still ongoing. No criminal charges appear to have been filed.

The Federal Trade Commission shut down World Patent Marketing last year after deeming it a scam. A judgment of nearly $26 million was entered in favor of its jilted customers, and the company and its CEO, Scott Cooper, were banned from working in the invention-promotion business. New Times first reported Whitaker's role in the disgraced company in a feature story last summer.

Though Whitaker is not named in the letter and was not named in the FTC complaint, he is listed in company materials as a member of its advisory board. He also appeared in promotional materials and was mentioned by name in scripts that company reps used to persuade would-be inventors to fork over as much as $400,000 each. He once sent an email threatening "serious civil and criminal consequences" to an unhappy customer who was contemplating sending a complaint to the Better Business Bureau.

As attorney general, one of Whitaker's primary tasks is overseeing the FBI. If the investigation is ongoing, this presents a scenario at least one government ethics expert says could be problematic.

"Insofar as the United States Department of Justice is conducting an ongoing criminal or civil investigation of a corporation for which the acting Attorney General served as a director or an officer, or with which he had any affiliation, then the acting Attorney General should plainly recuse himself from any oversight or participation in that investigation," says Anthony Alfieri, director of the University of Miami's Center for Ethics & Public Service.

President Donald Trump this past Wednesday ousted Attorney General Jeff Sessions and tapped Whitaker, Sessions' chief of staff, as his successor. A former assistant U.S. attorney in Iowa, Whitaker came to the Department of Justice in September 2017 after serving as a cable news pundit.

Alfieri says Whitaker's connection to World Patent Marketing illustrates the White House's "ongoing pattern" of failing to properly vet its nominees for leadership positions in the executive branch. He's especially alarmed by a threatening email sent to a customer named A. Rudsky. The ethics professor says the email seems intended to intimidate the recipient and imply Whitaker was representing World Patent Marketing as an attorney.

"There's an ancient axiom in the Justice Department and in the Offices of the U.S. Attorneys that federal prosecutors ought to turn square corners," he says. "And it seems to me that threatening to present apparently unwarranted criminal charges solely to obtain an advantage for a corporate client in a potential civil matter demonstrates an example of poor judgment and possible unethical conduct that would seem to be disqualifying."