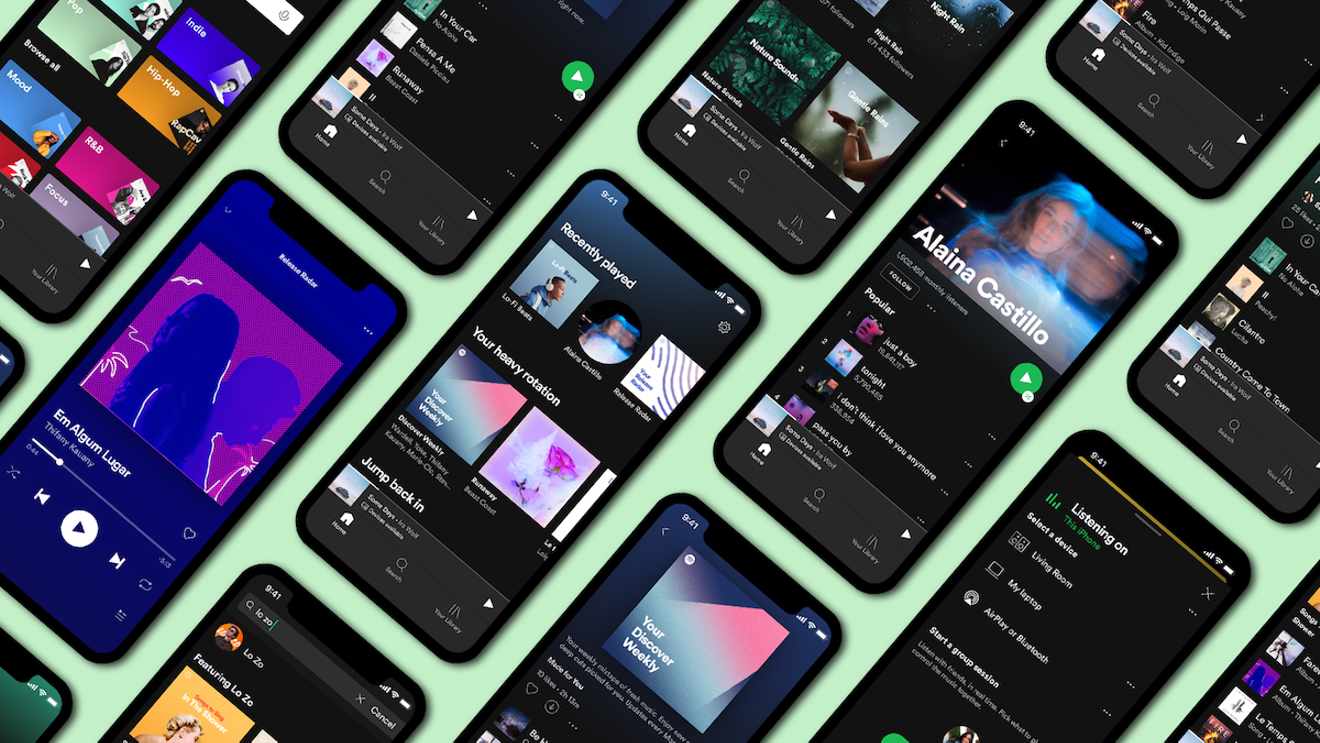 Spotify notified its users in Florida that it will start applying a state communications service tax. Photo courtesy of Spotify
Streaming music on Spotify just got more expensive in Florida.

Subscribers in the Sunshine State are seeing a hike on their monthly Spotify bill as the company begins applying a state communications service tax (CST). The music-streaming giant has sent users blanket notices that the charge will be applied beginning this month.

“Your payment will be increased by no more than $2.26 per month, depending on your Spotify subscription plan and your zip code,” the company informed its customers.

While the $2.26 figure is the maximum new charge, most Florida Spotify subscribers with a standard $9.99-per-month plan will see an increase on their bill of less than $1.50.

Not a huge sum of money — but a hefty percentage.

Floridians have become inured to the CST as a recurring item on their monthly cable and phone bills. But the tax is appearing more and more on streaming services, as Spotify and other media companies fall in line with Florida’s regulatory guidelines — which make it clear that the state wants a cut of online-streaming revenue.

The statewide communications service tax rate in Florida is 7.44 percent. But cities and local governments add on their own rate, which often results in a total CST that exceeds 13 percent. That’s twice the run-of-the-mill sales tax on a product purchased at a local store.

The tax generates more than $1 billion in annual revenue for local governments and the State of Florida. Millions of additional dollars in state and local tax revenue stand to be generated by Spotify subscribers this year, now that the company has commenced collecting (and paying).

“Many other states include these streaming services in their sales-tax base — which is where it belongs,” Boesen tells New Times. “This should not be much different than buying a movie down at the store and paying sales tax on that. Both should be taxed under the sales tax.”

Boesen says that state and local governments across the nation created utility taxes like the CST as a way to recover costs from companies that ran cable and telephone lines through public land. Some utility taxes in the U.S. date back more than a hundred years.

As more customers move away from landline phones and cable-TV programming, states have faced a dropoff in utility-tax revenue. So they've broadened the charges “to include things that do not logically fit into these taxing categories,” Boesen says.

But enforcement appears to have been lenient, to say the least. For years, companies that sell products and services over the internet operated in a legal gray area shaped by past federal court decisions that shielded interstate commerce from being taxed locally.

Then, in 2018, the U.S. Supreme Court handed down a landmark decision in South Dakota v. Wayfair, which opened the door for states to enforce taxes on internet commerce. The decision eliminated the existing legal framework wherein a state could tax internet sales only if the seller maintained a physical presence in that state.

The Wayfair decision tackled a sales-tax issue. But some experts say it had a much broader effect, putting the kibosh on out-of-state companies’ safe harbor from other types of taxes as well.

“That Supreme Court decision opened the floodgates for states to require collection [from an out-of-state company] on nearly every tax that they have,” says Scott Peterson, a policy executive at the tax-automation company Avalara.

As for out-of-state streaming companies, Peterson says, the Wayfair case eliminated their primary legal defense against the claim that they weren't subject to local taxes like the CST.

Spotify declined to comment on how many subscribers are affected by its new billing procedure. The music-streaming giant has an office in Brickell near downtown Miami. Last year, it signed a deal to move into Wynwood’s Oasis campus, the Real Deal reported.

Florida has not yet joined the majority of states that have implemented a broad sales tax on internet retail — Amazon purchases, for example — in the wake of the Wayfair decision.

But the state legislature is considering a law that would change that. A version in the Florida senate would require companies that generate more than $100,000 in remote sales in the Sunshine State to collect a six percent sales tax on tangible products sold and delivered to Florida customers.
KEEP MIAMI NEW TIMES FREE... Since we started Miami New Times, it has been defined as the free, independent voice of Miami, and we'd like to keep it that way. With local media under siege, it's more important than ever for us to rally support behind funding our local journalism. You can help by participating in our "I Support" program, allowing us to keep offering readers access to our incisive coverage of local news, food and culture with no paywalls.
Make a one-time donation today for as little as $1.
Izzy Kapnick is a freelance writer for Miami New Times, covering environmental law, white-collar crime, and the healthcare industry. He has worked as a legal news reporter in South Florida since 2008.
Contact: Izzy Kapnick