Eyes on Miami: MLB All-Stars, J.Lo, Jamie Foxx, and Others

Thais Monteiro, Alex Mitchell, and Ana Machado World Red Eye
It's not easy having eyes all over the scene, being around to take in all the wild visuals at all the worthwhile places in the city. There are, however, those parties and gallery openings where a fortunate photographer can point and shoot. Every week, in collaboration with WorldRedEye, New Times brings you a solid recap of all the recent experiences you might have missed around Miami. It's impossible to be everywhere, but hey, we can try to keep our Eyes on Miami.

Doheny Room Saturdays: Doheny Room at the Delano was full of celebrations Saturday night as Miamians came together for the birthday of Doheny Room's Alex Mitchell.

World Red Eye
DubVision at Ora: The brothers of DubVision conquered the night with progressive dance music that stirred up the club as partygoers passed the drinks around Ora.

World Red Eye
Swim Club at Hyde Beach: Whether you’re celebrating a bride or a champagne binge, you know you’re doing it right if you’re at Hyde Beach. 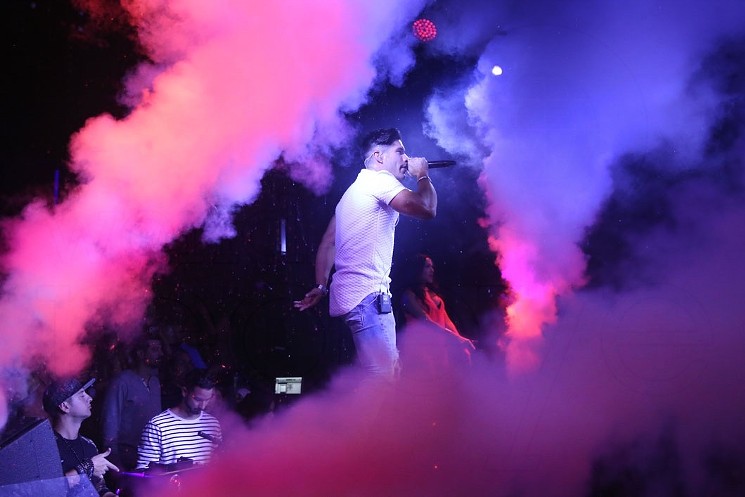 Chyno at Story: Chyno made his way to Story with Latin vibes that moved everyone on the dance floor.