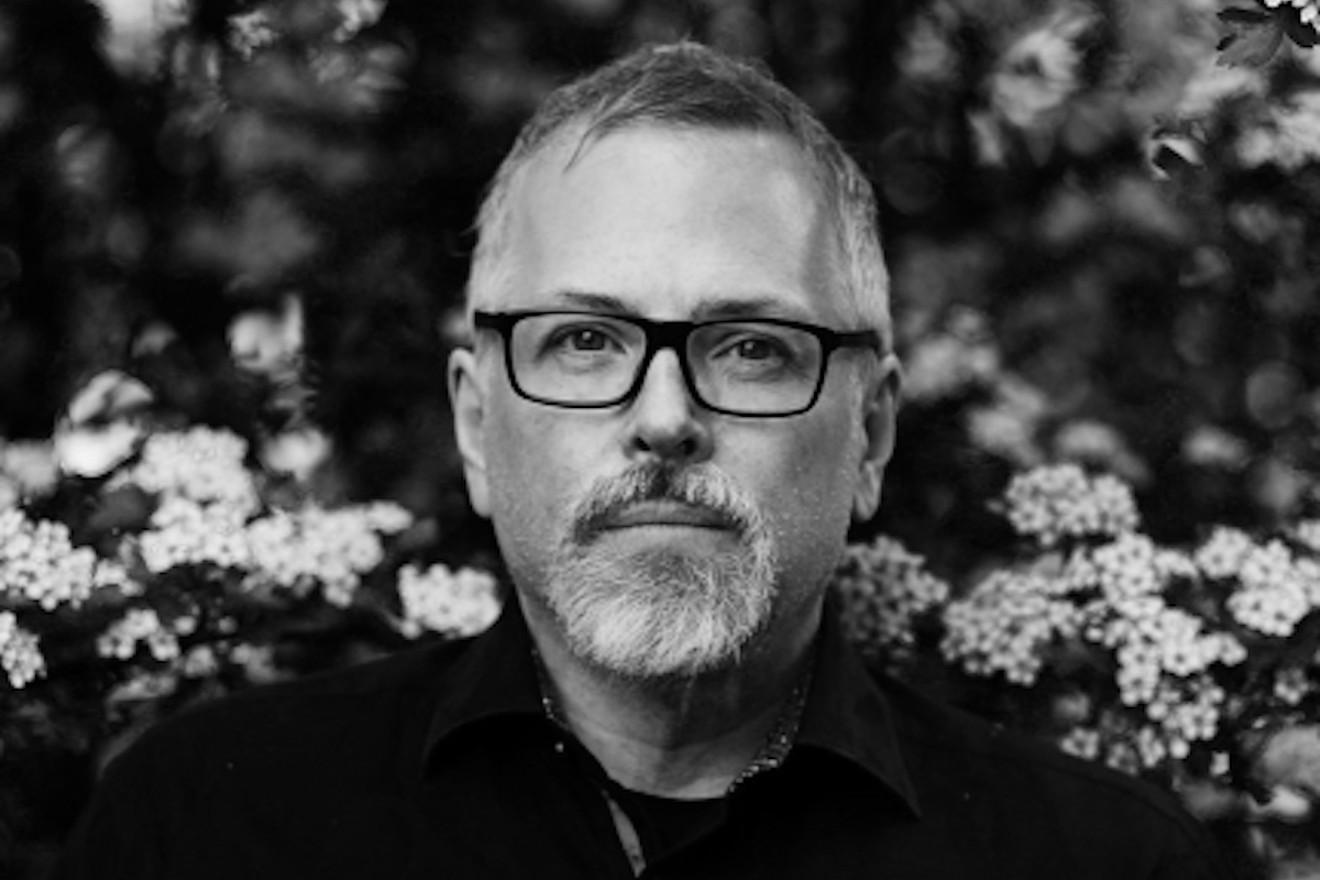 Jeff VanderMeer Photo courtesy of Miami Book Fair
From the short-story collections Jeff VanderMeer edits with wife Ann VanderMeer to his writing of the brilliant Southern Reach Trilogy (which gave us Annihilation and spawned its film adaptation), the Floridian author’s work has allowed readers to visit all sorts of realms that exist somewhere between the natural and the unnatural.

With the pivot to virtual conversations and panels for Miami Book Fair this year, VanderMeer will be joining author Alex London (Skybound Saga) and moderator Ismery Pavon for the panel "Perilous Schemes, Dangerous Skies." In anticipation of the event, New Times spoke with VanderMeer on his oeuvre and his foray into young-adult fiction with A Peculiar Peril.

The novel, the first portion of a duology named The Misadventures of Jonathan Lambshead, started as an expansion of past work.

“It always starts with a character, and [Ann and I] had done these anthologies with Thackery. T Lambshead as the fictional doctor, and in addition to the contributors who had their own little stories in there, I had to flesh out his life,” the author explains, citing The Thackery T. Lambshead Pocket Guide to Eccentric and Discredited Diseases and The Thackery T. Lambshead Cabinet of Curiosities.

“It led me to thinking about his family and some of the mysteries of his life that were just kind of hinted at in the introductions to those, and that eventually brought me around to thinking further about the cabinet of curiosities in his mansion," he adds. "The character of his grandson came into my head along with the idea of this alternate earth called Aurora, which I thought would allow me to explore some really cool things about really wild uncontrollable magic and talking animals.”

This indulgence in absurdity is one of the highlights of A Peculiar Peril, which follows Jonathan Lambshead and his friends as they are drawn into the realm of Aurora and a war with a version of the notorious occultist Aleister Crowley and his shape-shifting familiar, Wretch.

As he says, “My wife and I have done these big books of fantasy that collect over two centuries of fiction and one impulse you find, even in like Grimms’ Fairy Tales, is this thing where you have a spinning plate and then another spinning plate put on top of it. Before you know it, the absurdity is kind of normal, and you are normalized to that kind of humor.”

While noting that Jonathan is the stable core of the book — “not the kind of teenager trying to find himself, but who knows who he is: a shy, nature-loving guy who’s fairly practical and has some outdoor life experience” — VanderMeer allows himself to contrast that calm by blending in historical figures in uniquely ridiculous ways, like turning painter and writer Alfred Kubin into a failed puppeteer and writer Jules Verne into an inventor who creates a magical burrowing machine propelled by earthworms.

“Frankly, I find it hard to read fiction that has historical characters in it when they’re realistic, but the fact that they’re versions of themselves on this alt-earth kind of allows you to do that without feeling like you’re bound by history,” he elaborates. “I would never actually indulge in that if it was real figures that carry too many associations with them.”

The sheer level of foolishness in the novel between the antagonists feels deeply reminiscent of the buffoonery of contemporary politics, and the author is more than open about it.

“With Crowley and Wretch, I was writing it over the last four years, so I had current leaders in mind because of the fact that you meet some people with authority who are completely over-the-top and bombastic and shouldn’t get away with what they do, and yet they’re still in power," VanderMeer explains. "In my Southern Reach Trilogy, I have a character named Lowry that some people thought was over the top until Trump came into power.

“It’s the same thing with the characters here. As we’ve learned, and keep learning from leaders in the past as well, you can be like a clown and still be dangerous and hold power, so I was trying to make a point with that. Sometimes I think the thing about leaders who are that way is that they get away with it in part because the buffoonery makes them endearing or humanizes them, but it shouldn’t be.”

But not all the monstrosities of VanderMeer’s realms are villains in their own right. One creature called Ruth Less, which dresses like a schoolmarm and has a head that splits open like a Venus flytrap, is a perfect example of how the author lends humanity to the seemingly inhumane.

“When you have monsters in a book that don’t change, and they’re just there to be the monster, they become less interesting,” he says.

“So what if Wretch conjures up an assassin to help him without realizing that she is actually the juvenile form of a creature and that she is going to change and have a lot of its own growth. It’s also useful from a plot point of view too, but I had a lot of fun writing that character, and it’s another case of really thinking about the implications of the characters that you create. If you’re going to use them, you should try to follow through and push them in a sense to a place where it’s more interesting and surprising than what you expect.”

"Perilous Schemes, Dangerous Skies" at Miami Book Fair. With Alex London and Jeff VanderMeer, moderated by Ismery Pavon. Available for streaming starting Monday, November 16, via miamibookfaironline.com. Admission is free.
KEEP MIAMI NEW TIMES FREE... Since we started Miami New Times, it has been defined as the free, independent voice of Miami, and we'd like to keep it that way. With local media under siege, it's more important than ever for us to rally support behind funding our local journalism. You can help by participating in our "I Support" program, allowing us to keep offering readers access to our incisive coverage of local news, food and culture with no paywalls.
Make a one-time donation today for as little as $1.