Sip a Negroni for a good cause at the Broken Shaker.
52chefs
Negroni Week in Miami. The Negroni is one of the world’s greatest cocktails. The Italian libation, made with gin, vermouth, and Campari, is a classic blend of sweet and bitter. It's also one of the few drinks that gets its own week. Imbibe magazine and Campari have dedicated the last week of June to the Negroni for a good cause. Every bar or restaurant that signs up chooses a nonprofit from the list of more than 30 official Negroni Week charity partners and makes an initial donation to participate. It then gives a portion of proceeds from sales of the featured Negroni. Monday through Sunday, the sixth-annual Negroni Week will be celebrated worldwide, with more than 10,000 participating venues from San Francisco to Sydney. The celebration has raised nearly $2 million to date for various charitable causes. More than 30 of Miami’s bars and restaurants will participate this year, so check out the list of favorites, plan your week accordingly, and feel good about sipping that expertly crafted cocktail.

Pubbelly Sushi
Courtesy of Pubbelly
Flavors of Kendall Restaurant Week in Suburban Miami-Dade. If you haven't been to Kendall lately, it's a great time to plan a foodie trip there. The southwest Miami-Dade suburb has announced its inaugural Flavors of Kendall Restaurant Week, offering special promotions and dining deals Monday through Sunday. Some of the area’s best restaurants have signed on to participate by serving specialty dishes at discounted prices and three-course dinners for $39. A number of establishments will also offer optional wine and cocktail pairings. Among the eateries are Pubbelly Sushi, a creative Asian-fusion restaurant; and Iberico, a local favorite for Spanish fare.
American, Japanese, Thai, and numerous other cuisines will also be represented, as will farm-to-table and vegetarian options. 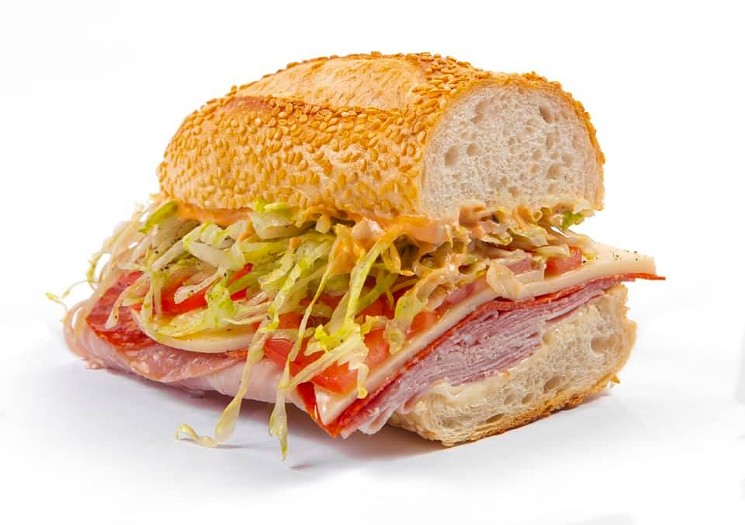 Sub at Vinaigrette
Vinaigrette Sub Shop
Vinaigrette Sub Shop Opens. Vinaigrette Sub Shop, created by chef/restaurateur Danny Serfer and business partner Ryan Roman (of Blue Collar and Mignonette fame), opens Wednesday with an all-day menu of classic and Italian specialty subs. Unique to the concept is the namesake vinaigrette: a special blend of oil, vinegar, Calabrian chiles, Pecorino Romano cheese, herbs, and spices that took Serfer months to perfect. Among the sandwiches it will dress are classics filled with roast beef, ham, or turkey. There will also be a major focus on Italian cold cuts and sandwiches with offerings like two-year-aged imported prosciutto, Calabrian salami, salami cotto, a fennel salami called finocchiona, and sweet and hot coppa as well as cheeses like scamorza and truffle-aged Gouda. 11 a.m. to 8 p.m. Wednesday, June 26, at 159 E. Flagler St., Miami; 786-558-5989; vinaigrettesubs.com.

Obra Kitchen Table
Courtesy of Miami Chef
Fun Dining Series: Chef Carlos Garcia & Javier Plascenia at Obra Miami. Thursday, Obra Miami's chef Carlos Garcia will launch the restaurant's "Fun Dining Series Cooking with Friends," featuring Pez Miami's chef Javier Plascencia. Hosted at Obra, the multicourse meal by the two chefs will include a welcome cocktail. The menu has not been released yet. 8:30 to 10:30 p.m. Thursday, June 27, at Obra Miami, 1331 Brickell Bay Dr., Miami; 305-846-9363; obramiami.com. Tickets cost $65 via eventbrite.com.
KEEP MIAMI NEW TIMES FREE... Since we started Miami New Times, it has been defined as the free, independent voice of Miami, and we'd like to keep it that way. With local media under siege, it's more important than ever for us to rally support behind funding our local journalism. You can help by participating in our "I Support" program, allowing us to keep offering readers access to our incisive coverage of local news, food and culture with no paywalls.
Make a one-time donation today for as little as $1.