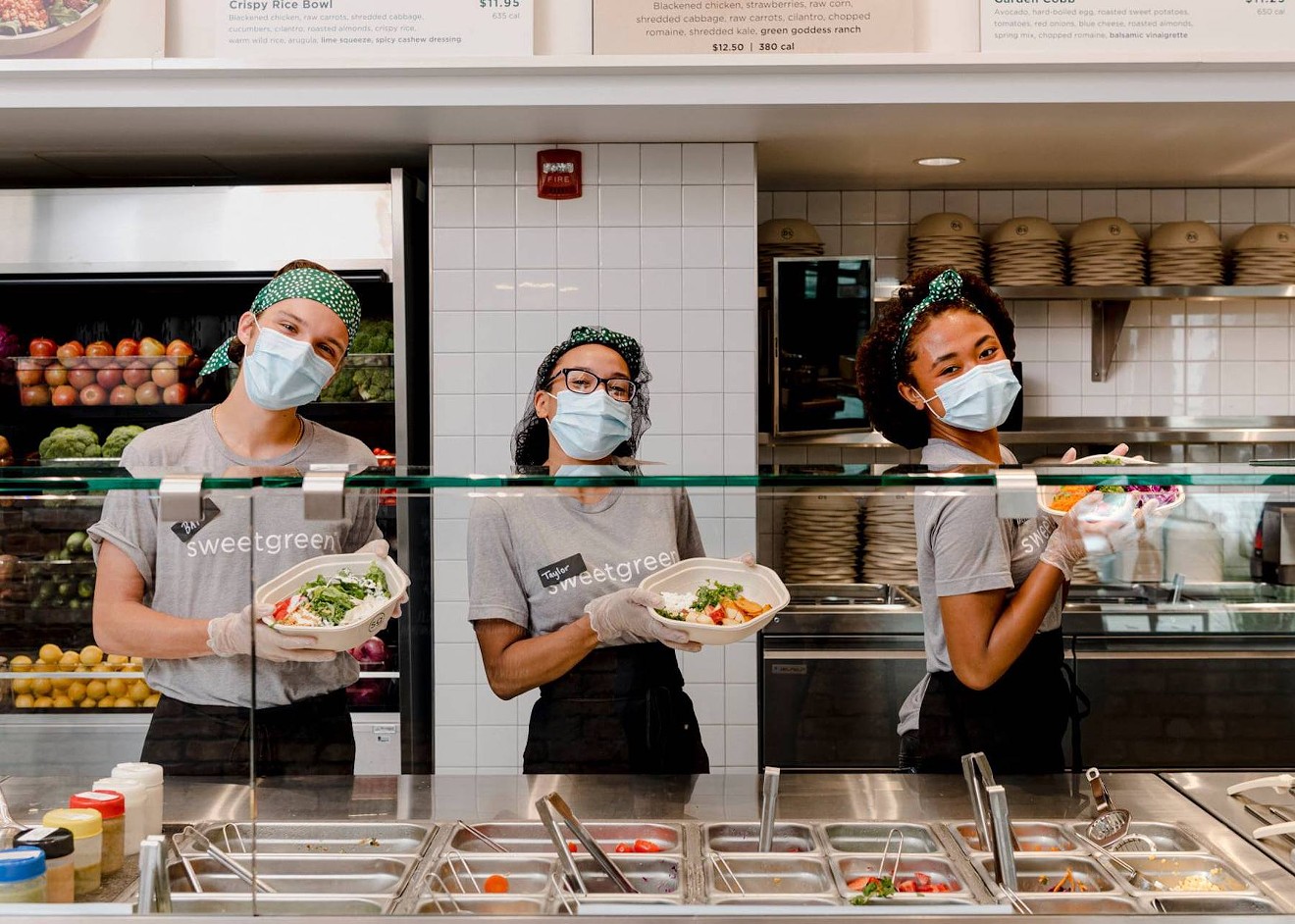 The first of the chain's four planned Miami-Dade locations opens today, December 4, at 122 Giralda Ave. in Coral Gables. Subsequent locations will open in Coconut Grove, Wynwood, and Sunset Harbour, though no specific locations or dates have been announced.

Founded in 2007, Sweetgreen promulgates the mantra that real food should be convenient and accessible to everyone. Part of that ethos includes sourcing most its food locally so that every restaurant offers dishes made from scratch using fresh ingredients and produce delivered that morning.

Today, Sweetgreen is part of a growing segment of farm-to-table-inspired chains that give the typical fast-casual model a healthy slant. The mission is so serious, chief concept officer Nicolas Jammet says that when his team decides to expand to a new city, they'll meet the farmers before they meet the landlords.

"For us, Sweetgreen is all about becoming part of the community. It's been our top priority since day one," Jammet tells New Times. "Our goal is to get to know the food landscape before we build a restaurant. It's an approach we've refined and scaled over time to ensure we buy from the right people who are producing the highest-quality foods."

That same investment in local communities has enabled Sweetgreen to grow into a national brand with more than 120 restaurants in over a dozen cities. It's also why each Sweetgreen restaurant offers a unique design, often in distinctive spaces with an interesting history, while the walls showcase the work of local artists.

The menu is based on core bowls, salads, and main plates priced at $8.50 to $13.50. Each restaurant also features seasonal dishes and city-specific dishes.

The "Citrus Shrimp and Avocado Bowl," one of Sweetgreen's Miami-only dishes.
Photo courtesy of Sweetgreen
Several Miami-only menu items highlight the best of Sweetgreen's local partnerships. Beyond bread from Zak the Baker and honey from Keez Beez, Sweetgreen sources its tofu from Plant City-based Marjon Foods; fresh kale, basil, and cilantro from nearby C&B Farms; tortilla chips from Miami-based Easy Foods; and romaine lettuce from Lady Moon Farms in Loxahatchee. (Just to name a few suppliers.)

Sweetgreen has scheduled giveaways all weekend to celebrate the Coral Gables grand opening. Each day, Friday through Monday, the first 100 customers who order online or via the app will receive a giveaway that highlights the local purveyors and artists who have partnered with the restaurant.

In addition, the company has pledged to donate one meal for every bowl, salad, or plate sold on opening day via its Impact Outpost program. Donations will go to Miami-based Health in the Hood, a nonprofit that supports children and families experiencing food insecurity in Miami.

"Miami has such an incredibly strong food culture, we've been excited to learn as much as we can while connecting with so many great purveyors," Jammet says. "Some of my favorite food experiences have been in Miami, so to be able to bring Sweetgreen to Florida is very big move for us, and we're excited to get it done the right way."

Sweetgreen. 122 Giralda Ave., Coral Gables; 786-847-7300; sweetgreen.com. Open daily from 10:30 a.m. to 9 p.m.
KEEP MIAMI NEW TIMES FREE... Since we started Miami New Times, it has been defined as the free, independent voice of Miami, and we'd like to keep it that way. With local media under siege, it's more important than ever for us to rally support behind funding our local journalism. You can help by participating in our "I Support" program, allowing us to keep offering readers access to our incisive coverage of local news, food and culture with no paywalls.
Make a one-time donation today for as little as $1.