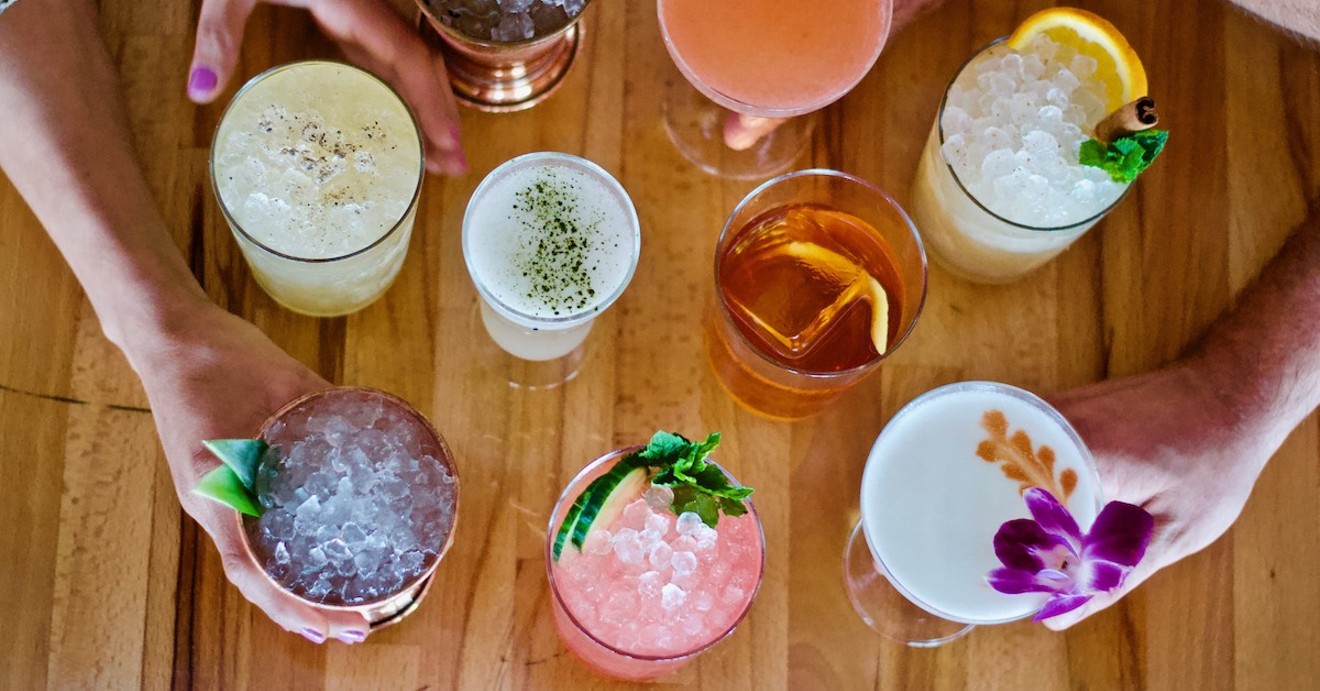 Renowned bartender and drinks writer Naren Young will be joining the team, assuming the role previously held by John Lermayer, who died unexpectedly in 2018. Lermayer cofounded the bar along with Dan Binkiewicz and David Martinez.

“After a trying seven-month period patiently waiting for this moment to come, we really couldn’t be more excited to finally say that we are officially reopening Sweet Liberty’s doors,” Binkiewicz says. “With Naren’s history working with New York's Dante and his longtime friendship with John Lermayer, we really couldn’t think of a better fit than him as the next creative director of Sweet Liberty.”

Young tells New Times he was apprehensive about taking the position.

“As a close friend of John’s, I wasn’t sure it was the right move, and there were so many emotions involved, but Dan and David were persistent and said if anyone was going to do this, they wanted it to be me,” Young says. “They knew I would keep the ethos of John’s vision for Sweet Liberty a priority.”

Young could most recently be found behind the bar at Dante in New York City. Inspired by the movie Cocktail, he began studying mixology as a teenager. With over two decades in the hospitality industry under his belt, Young has curated award-winning cocktail menus, given masterclasses to bar professionals, judged various global cocktail competitions, and has been recognized as a top drinks writer by Tales of the Cocktail.

When it comes to his newest project at Sweet Liberty, Young says guests can still expect the bar’s fun vibe with a touch more elegance to the menu.

“It’s still going to look and feel like the bar everyone’s fallen in love with," he explains. "The previous menu was delicious, but it was all over the place and lacked structure. So I’m aiming to clean it up a bit." 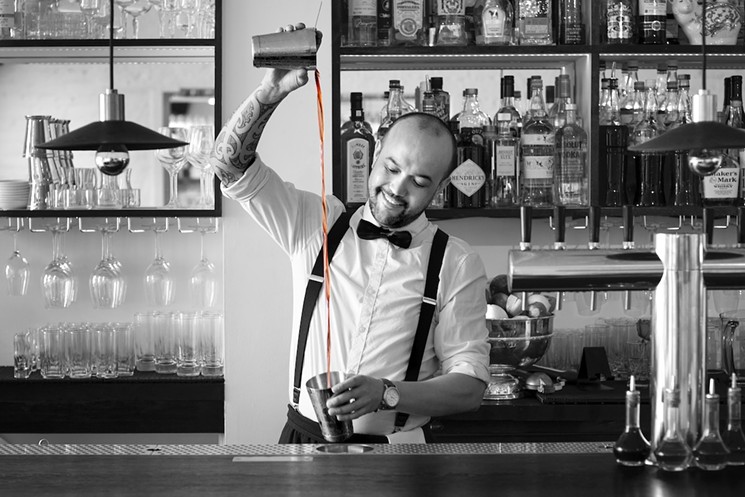 Naren Young
Photo courtesy of Sweet Liberty
The new menu will be broken down into five clear categories: martinis, spritzes, highballs, a legacy list, and new-school drinks. For longtime Sweet Liberty lovers, the legacy list will be home to cocktails from the original menu, where customers will find Lermayer's famous piña colada made with a three rum blend, pineapple, coconut cream, Jamaican coffee beans, and a Pedro Ximenez float.

While building the menu, Young surveyed the area for what people are drinking and what’s missing.

"I’ve really gotten into martinis during the last year and a half, so I’m hoping the martini menu will be a hit," Young says. "I'm aiming to refine what a martini can be. There’s so much to note as far as service, glassware, and proper temperature. The goal is to elevate the experience without making it seem out of place."

Think tableside martini service for two or four people, complete with garnishes like olives, onions, and caperberries for a build-your-own-martini experience that could be complemented with dressed oysters served with crème fraîche and caviar.

Young hopes the menu's "new school" section will transform Sweet Liberty. Highlights include a frozen sangria made with Lambrusco, cherry beer, and passionfruit; and a Florida drink from a 1940s cocktail book made with rum, crème de menthe, lime, and pineapple made using a countertop high-speed juicer that will create a fluffy and stunning cocktail similar to the Garibaldi, a signature drink of Young’s at Dante.

"Sweet Liberty has long had a special place in my heart,” Young adds. “This crew are my family. So, for me, it's a fitting move professionally but also a fitting tribute to our friend John by carrying on his legacy at this special bar that he created."

Sweet Liberty. 237 20th St., Suite B, Miami Beach; 305-763-8217; mysweetliberty.com  Monday through Saturday 4 p.m. to midnight, Sunday noon to midnight.
KEEP MIAMI NEW TIMES FREE... Since we started Miami New Times, it has been defined as the free, independent voice of Miami, and we'd like to keep it that way. With local media under siege, it's more important than ever for us to rally support behind funding our local journalism. You can help by participating in our "I Support" program, allowing us to keep offering readers access to our incisive coverage of local news, food and culture with no paywalls.
Make a one-time donation today for as little as $1.