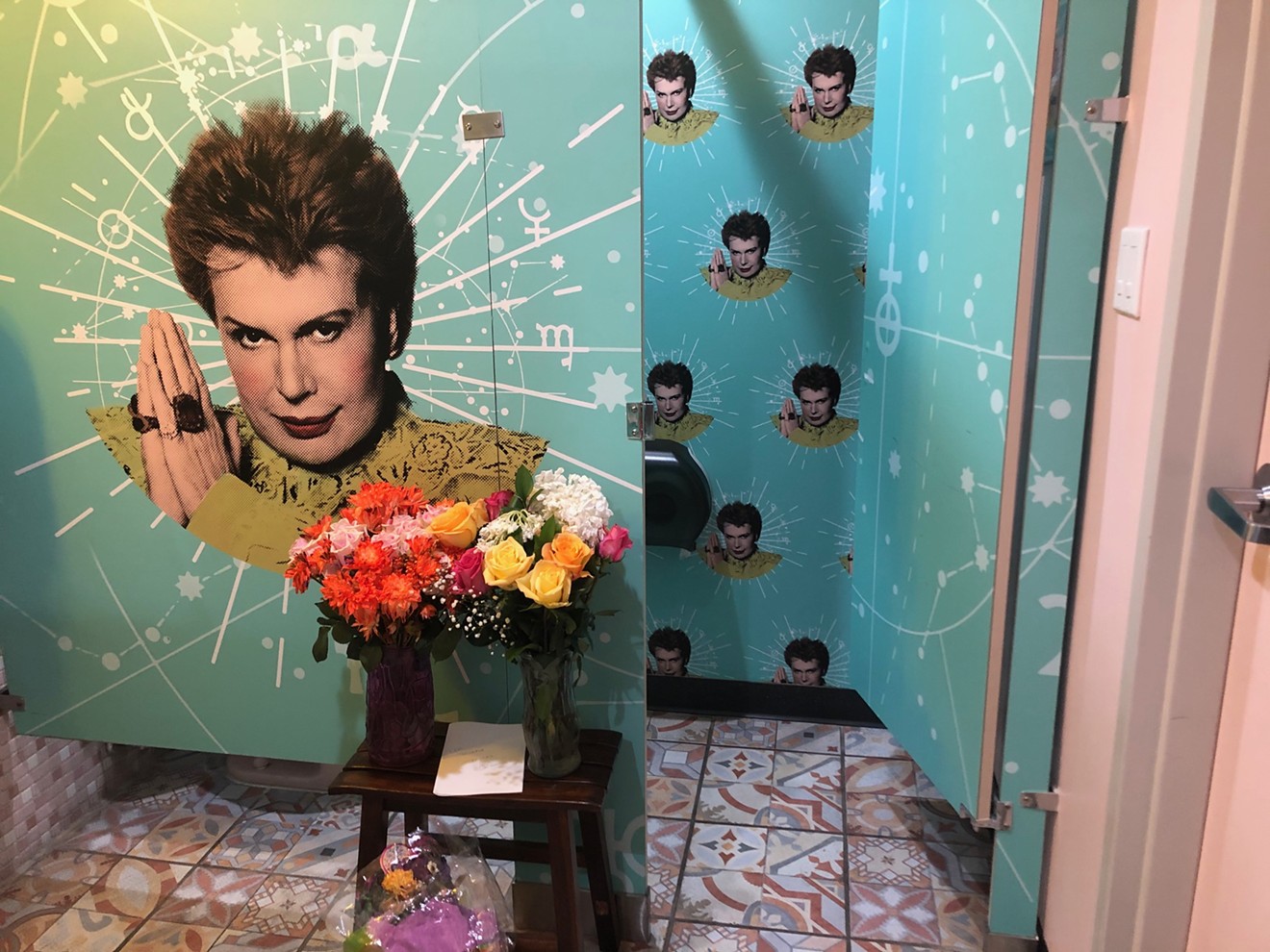 RIP, Walter Mercado. Photo by Matt Kuscher
Millions of fans are heartbroken and aimless after the beloved, bejeweled astrologer Walter Mercado passed away over the weekend in his native Puerto Rico. For decades, the 87-year-old entranced the masses across Latin America with dramatic televised horoscope readings paired with a perennial message of blessings and love.

Mercado, with his smiling face, shimmering hair, and piercing eyes, was like a family member to so many.

"He was always on the TV when I was growing up," says Matt Kuscher, owner of Kush, Lokal, Vicky's House, and the recently re-opened Stephen's Deli, where the women's restroom has become a shrine to Mercado.

A handful of people have dropped off flowers honoring the astrologer's life and legacy. But it must be said that long before the beloved celebrity's passing, the bathroom was decorated in a Mercado theme as a cheeky homage to someone who'd always been a part of Kuscher's family. 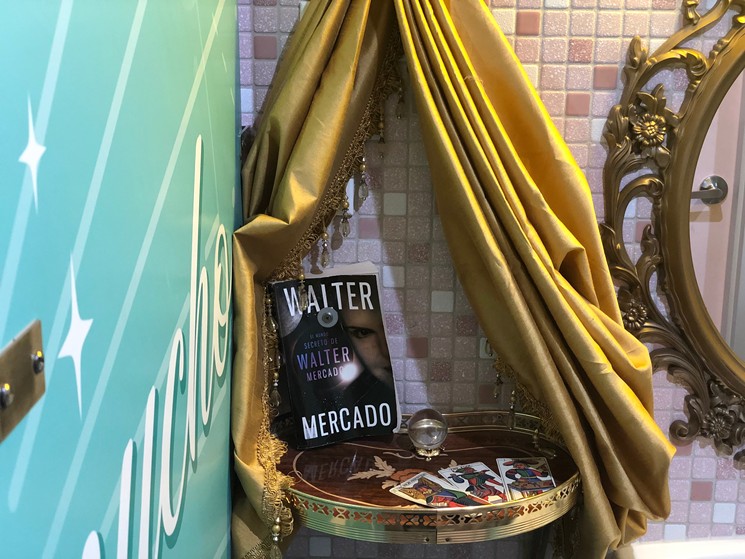 Can you read the future?
Photo by Matt Kuscher
"He was a fixture at my house and my abuela's house — someone we always had with us during the holidays," Kuscher says. "And when we built the restaurant, we knew he was someone that everyone would relate to whether or not you believe in astrology."

The space is filled with Mercado's books, old photos, records, and devotion candles. No word yet whether any of the dozen spectacular capes that graced a HistoryMiami exhibit early this year will make an appearance.

Mercado was born in Ponce in the early 1930s and got his start in television in 1969 on El Show del Medio Día, a popular daytime TV series in Puerto Rico, promoting a play in which he had been cast as a Hindu prince. Before his appearance, O Cinema founder and Mercado documentarian Kareem Tabsch told the New York Times, a guest canceled and the host asked Mercado to appear instead to discuss what was always on the tip of his tongue: astrology. His own show soon followed and aired for nearly three decades. 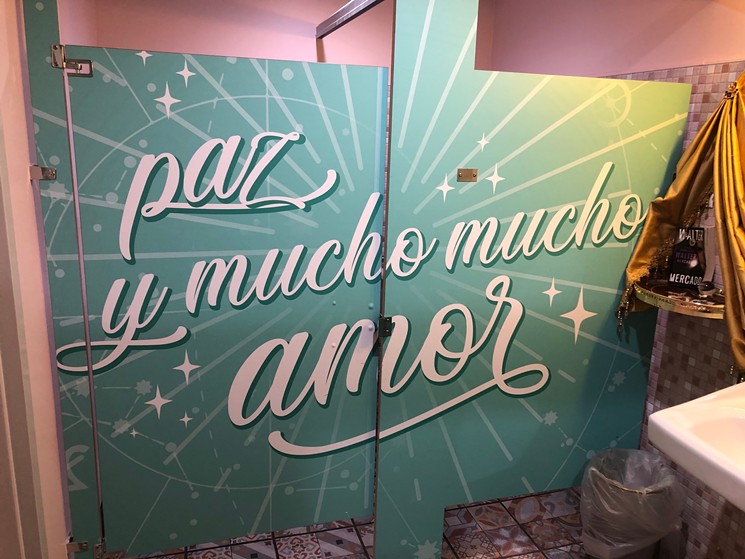 Find peace and love in the ladies' room at Stephen's Deli.
Photo by Matt Kuscher
Is a bathroom the best place to honor such an important and beloved human being? Some may argue no. Yet Mercado's message was always one of love and acceptance no matter the circumstances, and where better to begin than in the restroom?

So go ahead and look at yourself under those horrific fluorescent lights that reveal the faint scars of every blemish you've ever had. Love yourself and those around you. And if you forget, Walter will be right there to remind you.
KEEP MIAMI NEW TIMES FREE... Since we started Miami New Times, it has been defined as the free, independent voice of Miami, and we'd like to keep it that way. With local media under siege, it's more important than ever for us to rally support behind funding our local journalism. You can help by participating in our "I Support" program, allowing us to keep offering readers access to our incisive coverage of local news, food and culture with no paywalls.
Make a one-time donation today for as little as $1.