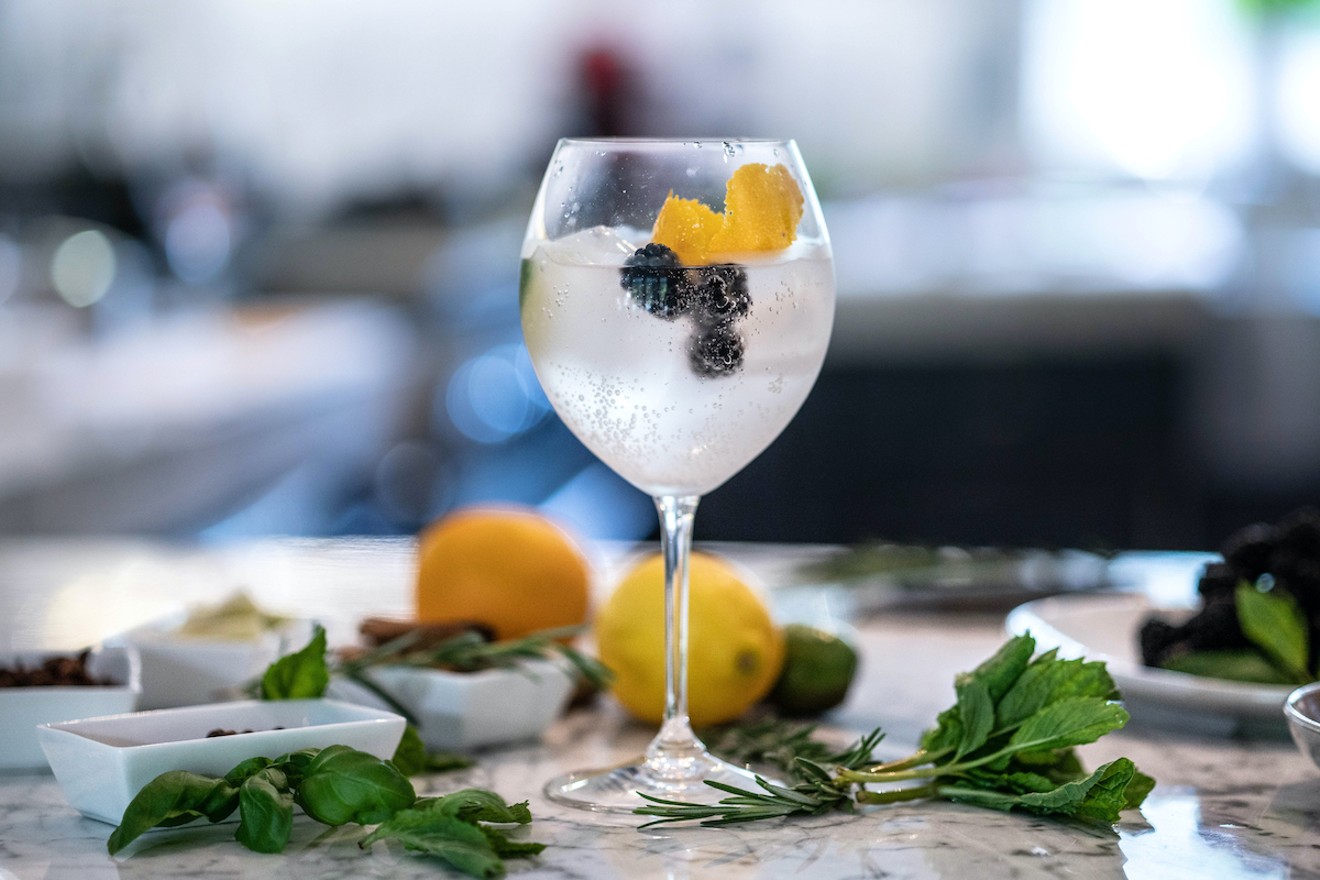 3015 Grand Ave., Coconut Grove
786-615-5526
botanicomiami.com
A new gin-centric restaurant and bar has opened its doors on Coconut Grove's CocoWalk. As the name suggests, the bar will offer an extensive gin-focused cocktail menu. Guests can choose from 15 gin-and-tonic botanical variations, from a green apple and thyme infusion to grape and crystalized ginger or lavender and lemon. The brainchild of co-owner Ricardo Ordoñez and chef/co-owner Gerardo De Negri, Botánico features a globetrotting menu in an airy indoor-outdoor setting for an upscale, approachable dining experience. The opening menu includes highlights like octopus carpaccio; arepas topped with duck confit, short rib, and pulled pork; grilled branzino with roasted vegetables; and a French-themed burger served on a croissant bun. Don't miss the Ecuadorian ceviche, a family recipe passed down to De Negri from his mother, prepared at Botánico with shrimp marinated in a flavorful tomato-lime base accented with onions and cilantro. Open 4 p.m. to 10 p.m. daily. 3120 Collins Ave., Miami Beach
786-496-5730
hojataqueria.com
Nestled inside the Generator hotel in Miami Beach, Hoja Taqueria is Miami's newest neighborhood taqueria. Hand-made tortillas use corn sourced only from family farms and imported directly from Mexico. The result is a small but varied assortment of tacos, quesadillas, flautas, and burritos that are both tasty and affordable. Classic tacos include carne asada and a heritage pork al pastor, and a creative vegetarian option shines with koji-seasoned sweet potato smothered in an almond crema and topped off with a peanut, almond, and morita salsa. Don't miss the housemade salsas, peppery takes infused with chiltepin, morita, or burnt habanero — then wash it all down with a house-made smoky pineapple or watermelon margarita. Open Tuesday through Saturday from noon to 10 p.m.
KEEP MIAMI NEW TIMES FREE... Since we started Miami New Times, it has been defined as the free, independent voice of Miami, and we'd like to keep it that way. With local media under siege, it's more important than ever for us to rally support behind funding our local journalism. You can help by participating in our "I Support" program, allowing us to keep offering readers access to our incisive coverage of local news, food and culture with no paywalls.
Make a one-time donation today for as little as $1.