Fox's Sherron Inn to Be Revived This Summer 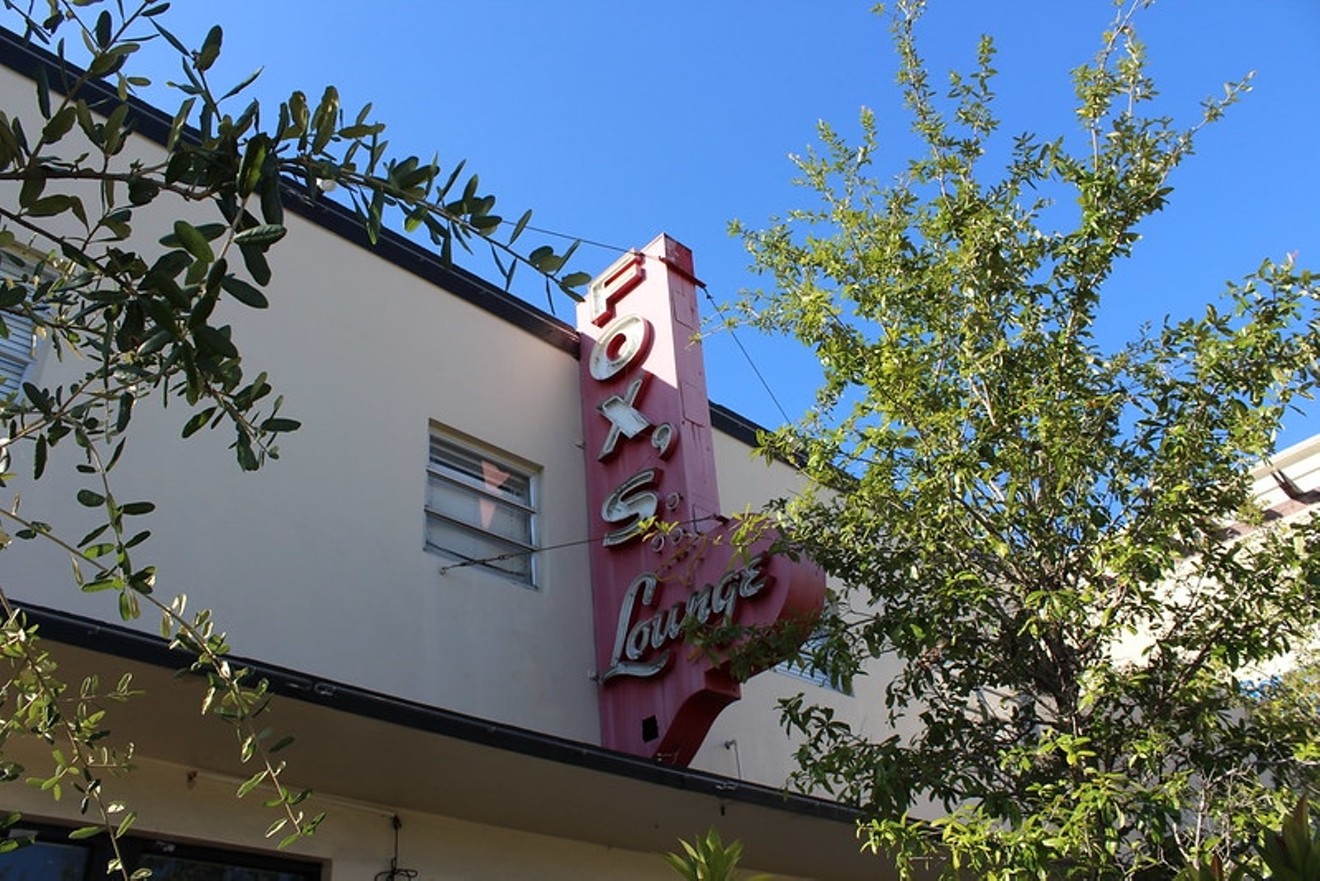 The original Fox's sign. Photo by Phillip Pessar via Flickr
For seven decades, Fox's Sherron Inn served drinks and good grub to the people of Miami.

In July 2015, the lounge, equally famous for its fried chicken and red Naugahyde booths, closed its doors to make way for a mixed-use building.

This summer, the duo will open Fox’s Lounge and Sherron Inn Liquors in the same location occupied by the iconic restaurant and bar. Around the same time, they'll open two restaurants at the Mayfair House Hotel & Garden in Coconut Grove.

Although many are under the impression that the original building was demolished in the name of progress after the restaurant closed, Randy Alonso says that when he and his partner went to tour the space, they realized it was the same structure — just remodeled.

"When we arrived we noticed it was the exact-same building. Clearly, someone wanted to redevelop it into something modern, but you can see where the rooms were."

There was one problem: The front of the building, which faces U.S. 1, was filled with windows — and light. Says Alonso: "A bar front-facing U.S. 1 didn't seem cozy." The partners addressed the issue by changing around the original layout, moving the liquor store to the front of the building and the restaurant and bar to the back. "We were able to build the same rooms, but flip-flopped," Alonso says.

Though Hudnall and Alonso are no strangers to owning and operating successful ventures, they knew resurrecting Fox's from the dead was a monumental task.

"Chris said to me that this is the hardest thing we're ever going to do," Alonso says. "People have important memories of Fox's. They've met their spouses there, they've celebrated milestones. There's gravity in making sure it lives up to all that."

On the other hand, the partners didn't want to build a theme-park re-creation. "You don't want to Disney-fy it, but you want to be a storyteller," he says. "I think we all feel a little bit of a historian about it."

To make the new Fox's Sherron Inn as authentic as possible, the partners went to work, searching for former employees and their family members. They located old photos and menus and sought out old suppliers. The lounge area will be re-created, from the black-and-white floors to the wood-paneled walls. The banquette booths and swivel-backed captain's chairs at the bar will return, as will the jukebox and painting of an airplane — a nod to Fox's former owner, George Andrews, a retired Eastern Airlines pilot.

In fact, the partners got in touch with Andrews, who now lives in St. Augustine."We spent hours on the phone with him and he was excited to hear we were bringing it back. We're more excited to prove to him that we can do this," Alonso says.

The Fox's sign, which had been hiding inside the building all along, was reinstalled over the weekend.

Alonso and Hudnall even have plans to keep the lights dim when the restaurant and bar reopen so that Fox's can retain its reputation as the "darkest bar in Miami."

And the partners will do their best to re-create the original menu, right down to the fried chicken and the French onion soup. Which isn't to say that decision was made cavalierly.

"Are people still going to eat frogs' legs? Are they going to eat liver? We came to the conclusion that we should open with the exact same menu, at least in the first phase. After we open, we have to see how the guests respond to everything."

As for the drinks, Hudnall says there will be no fancy cocktails. "There was no cocktail menu, but there were martinis," he says. "We will make sure that the martinis are strong and cold and badass."

The liquor store in the back of the original restaurant will be moved to the front, offering a selection of liquors and wine.

Alonso says reopening Fox's has been a labor of love. "I feel it's a little part of my DNA. I've grown up in Miami and if I have to pick an intersection where I spent most of my life, it was U.S. 1 and Red Road. I remember the day I was old enough to get to go in and I remember the uproar when it was closing."

The partners know that in reviving a Miami classic, not everything can be the same. "It's never going to be exactly what it was," Alonso notes. "But this is a new chapter. It's more about: How do we get the richness and the feel of the pace? How do we get the soul back?"

Fox's Sherron Inn. 6030 S. Dixie Hwy., South Miami; foxslounge.com. Opening summer 2023.
KEEP MIAMI NEW TIMES FREE... Since we started Miami New Times, it has been defined as the free, independent voice of Miami, and we'd like to keep it that way. With local media under siege, it's more important than ever for us to rally support behind funding our local journalism. You can help by participating in our "I Support" program, allowing us to keep offering readers access to our incisive coverage of local news, food and culture with no paywalls.
Make a one-time donation today for as little as $1.