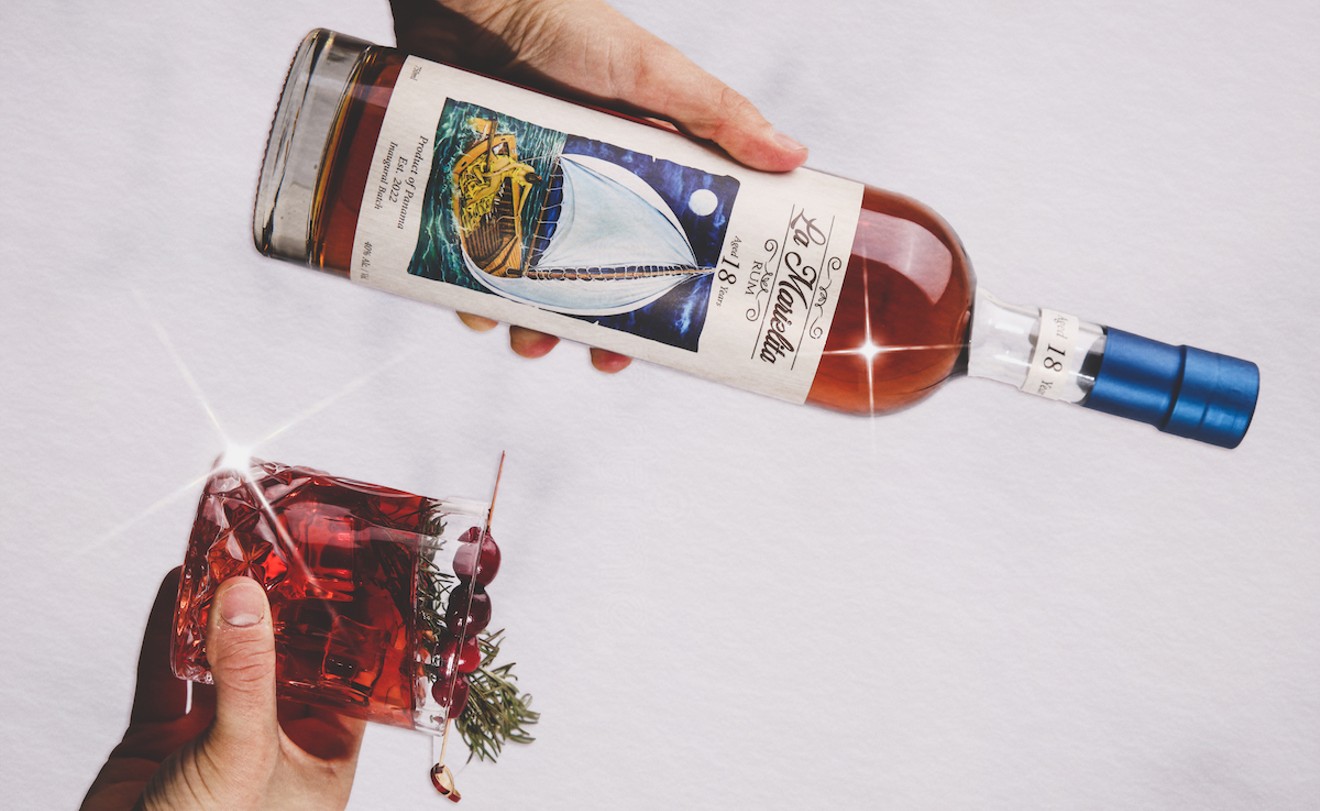 La Marielita Rum founder and CEO Janet Diaz-Bonilla shares her experience of the Mariel Boatlift through her premium rum. La Marielita Rum photo
When Miami resident Janet Diaz-Bonilla began interviewing family members about her family roots in Cuba for a screenplay she was penning, she never thought it would take her down the road to crafting rum.

"Through the process, I learned about my grandfather and his businesses, one of which was a market that sold rare spirits," says Diaz-Bonilla, adding that after writing the first few drafts, the process also stimulated her entrepreneurial spirit.

While her professional writing career has produced two books, a stage play, five short films, and several awards, Diaz-Bonilla says it was her screenplay La Marielita, that motivated another important creation: a rum that, like the written work that inspired it, pays homage to the Mariel boatlift — the Cuban exodus that ultimately brought her to the United States.

Diaz-Bonilla considers herself the first Cuban-American immigrant woman to both found and own a rum brand, a collaboration of sorts created alongside master blender and fellow Cuban Francisco José "Don Pancho" Fernández Pérez, also known as the "Godfather of Rum."

In November 2022, Diaz-Bonilla launched the inaugural blend of her premium rum. She tells New Times the spirit pays homage to her grandfather's memory and legacy in Cuba, as well as the experience of enduring the 1980 political movement where thousands of Cubans sought refuge at the Peruvian embassy.

Born in Havana, Cuba, Diaz-Bonilla immigrated to the U.S. during the Mariel boatlift exodus. She was 6 years old when, alongside her parents, she embarked on the journey from Mariel, Cuba, to Key West, arriving on May 17. Shortly after, they were transferred for processing to a holding camp at former Army base Fort Chaffee in Arkansas.

"That night, it was a horrific experience, and the screenplay — that story — was a cathartic way to share what we went through during those 53 days we spent in the holding camp before we were given our freedom," recalls Diaz-Bonilla.

Diaz-Bonilla says she also embarked on the journey to craft La Marielita rum to honor and celebrate the hard work of our country's Cuban-American immigrants, a dedication to family, and — most importantly — their gratitude for freedom.

"I got tired of seeing our exodus compared to movies like Scarface and characters like Tony Montana. That's just one perspective," says Diaz-Bonilla. "For me, being compared to that and knowing many great families came through that event, it bothered me for a long time."

Miami-based Cuban-American artist, Humberto Benitez, shares the founder's roots and understands the importance of illustrating an image that encompasses the sentiments and authenticity of La Marielita's story for the bottle's label. He explains that the painting he created — a boat set on a turbulent sea symbolizing the Marielita boat — is a story of hope, determination, and the boundless spirit against the odds.

After a year of planning and countless tastings, the finished product offers rum lovers a complex and high-end spirit, says Diaz-Bonilla.

Distilled in Las Cabras de Pesé, Panama, the rum is aged in bourbon-curated American white oak casks for anywhere from 18 to 20 years. The resulting spirit offers a distinctly unique bouquet of aromatic flavors, she adds, with aromas of burnt toffee and oak aroma with notes of cacao, vanilla, coffee bean, hazelnut, and orange blossom.

Most importantly, because it is free of additives or artificial flavors, the rum contains less than ten grams of sugar per liter, she adds.

"I wanted to make sure I was offering customers a truly transparent product — something where you can truly taste of authenticity that comes from that aging process," explains Diaz-Bonilla.

La Marielita Rum is available in Florida, California, and New York. A bottle sells for $59.99 and is available for purchase online and in select Miami liquor stores. Area spirit enthusiasts can also find it behind the bar at several Calle Ocho establishments, including Ball & Chain and Cafe La Trova.

"This rum is to honor my family's freedom and my privilege of being able to come here and live in this country. The elements of my story, and La Marielita, are elements that can resonate with any immigrant — not just Cubans," sums up Diaz-Bonilla.
KEEP MIAMI NEW TIMES FREE... Since we started Miami New Times, it has been defined as the free, independent voice of Miami, and we'd like to keep it that way. With local media under siege, it's more important than ever for us to rally support behind funding our local journalism. You can help by participating in our "I Support" program, allowing us to keep offering readers access to our incisive coverage of local news, food and culture with no paywalls.
Make a one-time donation today for as little as $1.