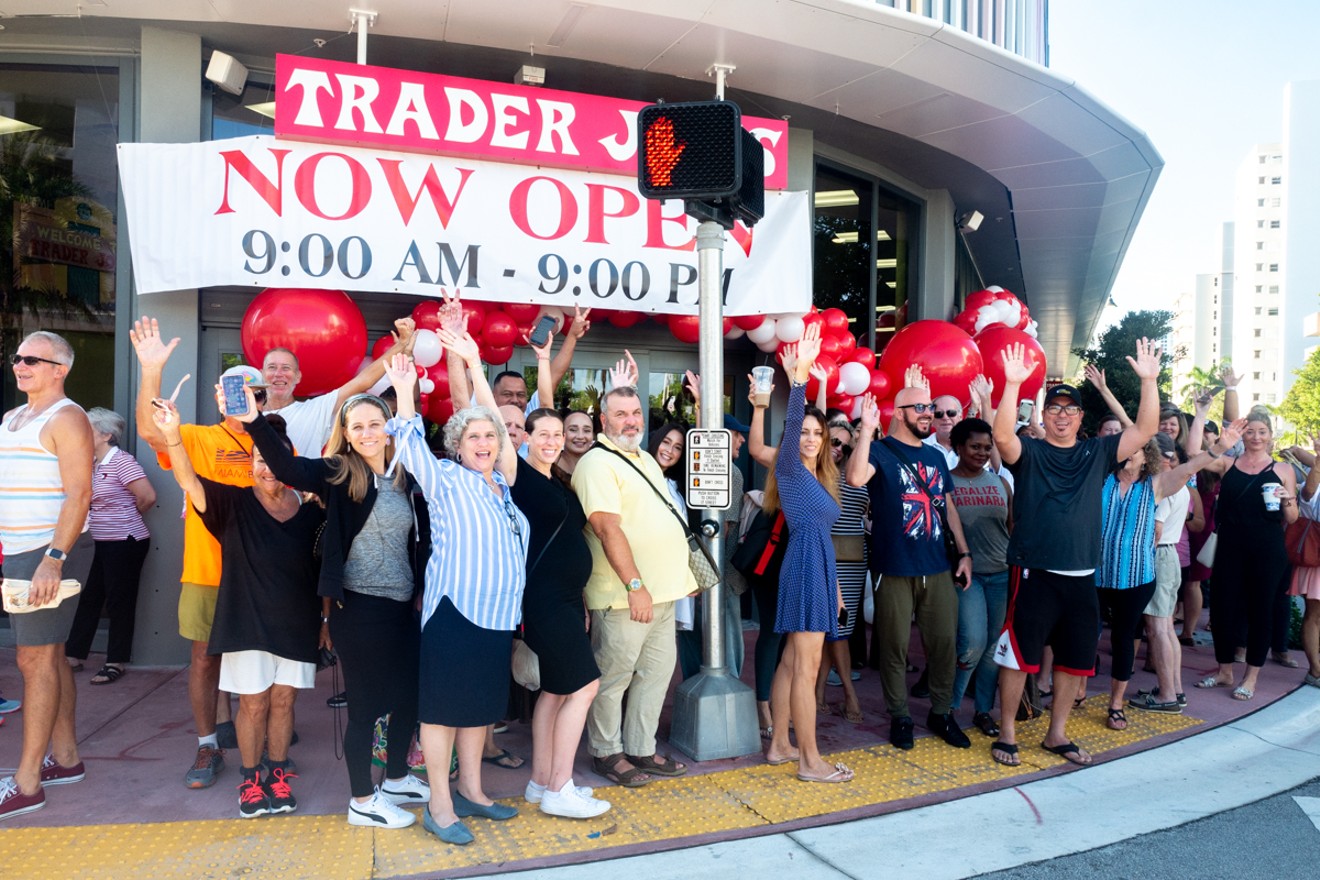 Trader Joe's opening celebration in Miami Beach in August 2019. Photo by Daniella Mía
It looks like Trader Joe's is opening a store in Midtown Miami.

Real estate website the Next Miami reports that the California-based grocery chain has filed a permit to begin construction on the ground floor of the Gio Midtown building, located at 3131 NE First Ave. When completed, the store will house about 14,795 square feet of retail space.

Trader Joe's has not yet confirmed the Midtown Miami location on its announcements page. New Times has a message in to the store's headquarters and will update this story with any confirmation.

Trader Joe's opened its first Miami-Dade location in Pinecrest in 2013 to much fanfare.

The Miami Beach location, only the second in Miami-Dade, opened in August 2019.

Plans to open a Midtown Miami Trader Joe's come on the heels of the news that Coral Gables will soon get its own Trader Joe's. In November 2020, news broke that Gables Station, a mixed-use project that includes retail and residences, would also house a Trader Joe's.

The company, traditionally tight-lipped about releasing information on new store openings, acknowledged that it was interested in opening a Coral Gables location but declined to offer any further details.

The store, known for its proprietary items, tropical theme, and cheap wine, usually released information on new stores only weeks — or even days — before a new location opens. Residents in neighborhoods are usually informed when the company's "Fearless Flyer" newsletter appears in their mailbox.

New Times has calls in to Trader Joe's and Gio Midtown and will update this story with any further information.
KEEP MIAMI NEW TIMES FREE... Since we started Miami New Times, it has been defined as the free, independent voice of Miami, and we'd like to keep it that way. With local media under siege, it's more important than ever for us to rally support behind funding our local journalism. You can help by participating in our "I Support" program, allowing us to keep offering readers access to our incisive coverage of local news, food and culture with no paywalls.
Make a one-time donation today for as little as $1.