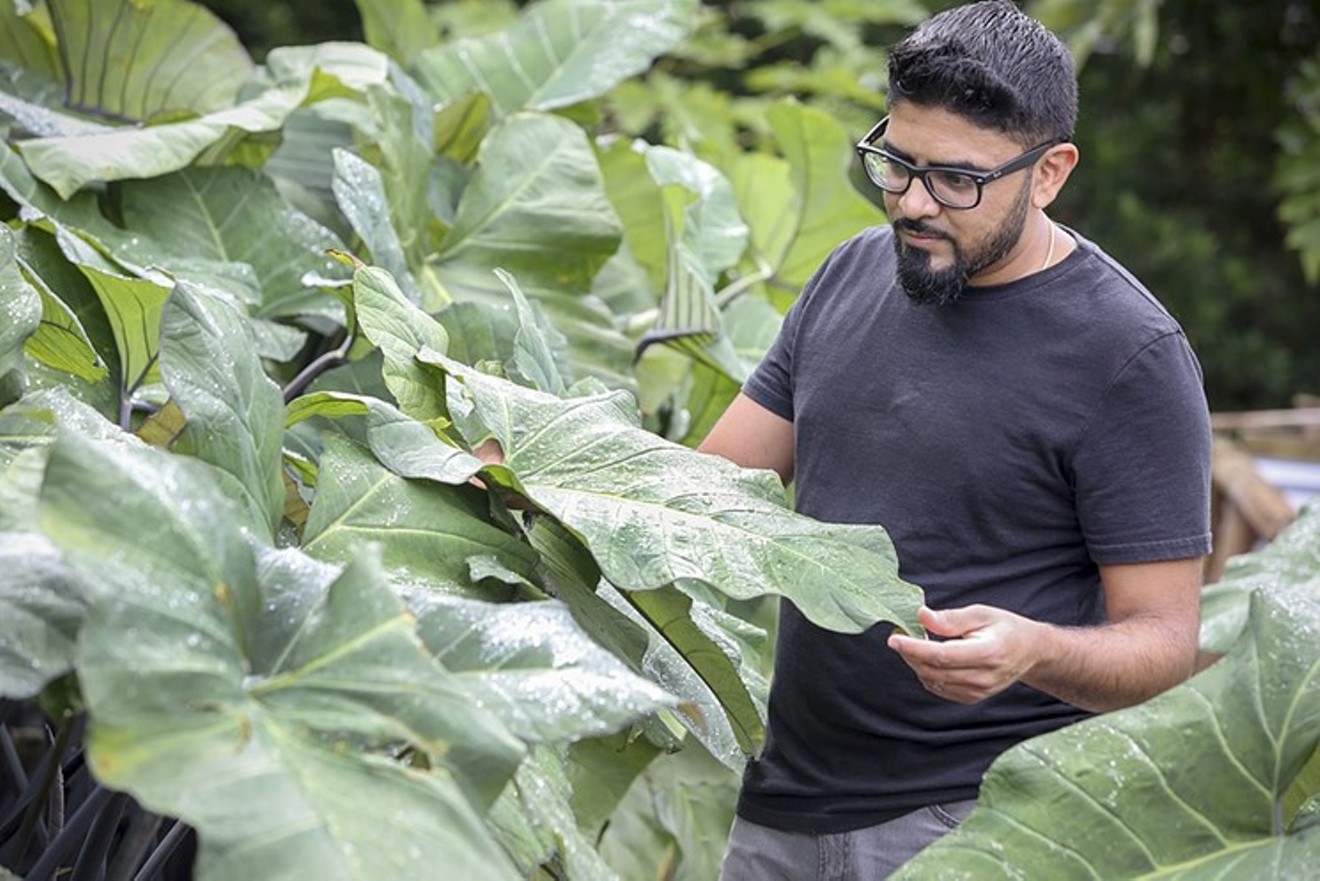 Pablo Zitzmann, former chef of South Miami's shuttered No Name Chinese, will be the executive chef of Orno, which means "oven" in Spanish. The two new restaurants have been in development for nearly a year, and Patel and Zitzmann have recently begun testing recipes in a newly installed wood-burning oven on Patel's Homestead spread.

The menus for Orno are still fluid but will reflect the ever-changing array of produce grown on Patel's farms, as well as large-format proteins.

"At the moment, we have beautiful carrots and romano beans, and Homestead is producing some amazing corn," Patel says. "The menu will be like those in the rest of our restaurants: When you read them, they're very simple, but when you eat the dishes, there's a lot of layers and complexity."

Lunch service will begin early — around 10:30 — and include a number of breakfast-inspired egg dishes alongside sandwiches and salads, while dinner at the open-kitchen spot will offer modern American cuisine with Patel's touches, including pizza, pasta, and a panoply of dishes from the oven. Don't expect Indian food, but don't be surprised if Patel and Zitzmann deploy some of the same flavor profiles that have made both Ghee locations runaway successes.

"It's about adding acidity, spiciness, and sweetness all in a dish that's very approachable and very well balanced," Patel says.

The other restaurant, Mamey, will also be located inside the hotel and overseen by Patel's company, Aya Hospitality. Zitzmann will lead the team at Mamey. The island-themed eatery, which will boast a Bar Lab-developed cocktail program, will be open for breakfast, lunch, and dinner.

Meanwhile, work is moving along on the permanent location for Erba — Niven and Tim Piazza's pasta-centric Downtown Dadeland eatery that remains open in pop-up form in the space once occupied by Michael Schwartz's Genuine Pizza. Upon moving into the permanent space, the restaurant will more than double in size, from 45 to 110 seats, and will better accommodate fresh pasta production and a large kitchen team.

All told, Aya Hospitality, which Patel runs with his wife, Shivani, will have more than 100 employees at its restaurants. The milestone comes after the pair opened the first Ghee in 2017 and saw it became an instant hit thanks to precise execution and an ever-changing menu supplied by the couple's Homestead farm. Following the debut of the three new restaurants, Patel says, he'll slow down and concentrate on helping his team "kick ass every day and create environments where they can succeed."

Orno. 1350 S. Dixie Hwy., Coral Gables; 305-667-5611; thesishotelmiami.com.
KEEP MIAMI NEW TIMES FREE... Since we started Miami New Times, it has been defined as the free, independent voice of Miami, and we'd like to keep it that way. With local media under siege, it's more important than ever for us to rally support behind funding our local journalism. You can help by participating in our "I Support" program, allowing us to keep offering readers access to our incisive coverage of local news, food and culture with no paywalls.
Make a one-time donation today for as little as $1.