Fox's Lounge Is as Dark and Inviting as It's Always Been 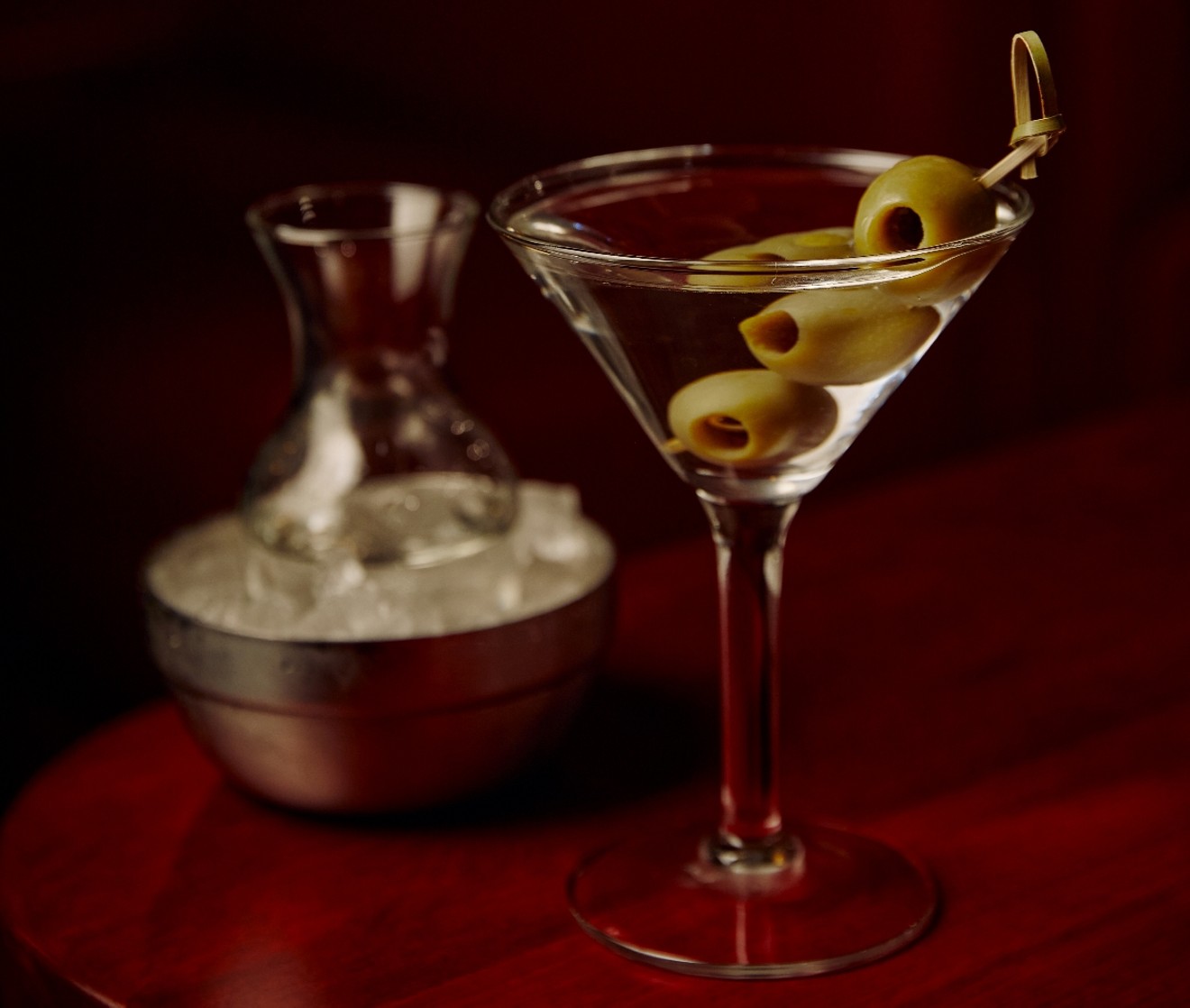 A perfect martini at Fox's Lounge Photo by Patrick Michael Chin
For seven long decades, Fox's Sherron Inn was the place for Miamians to get a stiff drink in a dark bar. The restaurant and lounge, which opened in 1946, closed in 2015.

This past May, Chris Hudnall and Randy Alonso of Lost Boy & Co. announced they would reopen the beloved lounge in the same location as the original — with as few changes as possible.  This meant an almost complete re-creation of Fox's since the place had been gutted in the seven years since the original closed.

A few weeks ago, Fox's Lounge reopened — and it's just as dark and inviting as before. So dark, as a matter of fact, that my eyes had to adjust from the late afternoon sun to the dimly lit bar and I couldn't even see for the first few minutes. (I walked right past my friend to her amusement.)

Sitting down at the bar felt like putting on a favorite sweater or having a bout of deja vu. The Lost Boy partners could very well have "glitzed up" the menu, opting to add some cleverly named cocktails based on old-school classics or updating the food menu to include some bit of molecular gastronomy. But they didn't.

The cocktail menu lists drinks that were popular in your great-grandad's time: a martini, negroni, old fashioned, and the like. You won't even find a craft beer. (My bartender recommended the "champagne of beers" Miller High Life when I asked for a suggestion.) A dirty gin martini was served in a proper martini glass, with a carafe of what equated to another martini presented in a small ice bucket — a gesture from a time long ago.

The food menu is equally classic, offering French onion soup, shrimp cocktail, a burger, a NY strip, and the fried chicken Fox's was known for. The lounge's thumb bits have returned — delicious steak tips on French bread rounds, served with a cup of au jus. They happen to be the perfect pairing with the abovementioned martini. Patrons of the original Fox's might miss the liver and onions, but will be happy to see that the frog legs have made a comeback on the menu. Lost Boy & Co.'s Randy Alonso says that the liver and onions might just return if enough people want the dish. "If I saw liver and onions on the menu, I would absolutely order it. We're going to listen. We're here to provide a service to the community."

Alonso tells New Times the most interesting thing he's noticed about the new Fox's is the mix of people flocking to it. "It's a combination of people who have memories and connections of Fox's and people who live in the area and haven't experienced it before."

The restaurateur says that recreating a beloved space came with its own challenges. "Does it feel like the old Fox's? Did we get the coziness? Does it feel like a scene from a Scorsese movie?" The last thing the Lost Boy partners wanted was a "Disney-fied" version of a place that was know for its grit and authenticity.

Alonso got his validation just a few days after the doors reopened. The tiny restaurant (the entire lounge seats less than 50 people) was at capacity, when a man came to the door, asking for a table. "He was the grandson of Hank and Betty Fox, the original owners. He said that he wanted to come see his family's history." The verdict? "He had a great experience," says Alonso.

And, says Alonso, there seem to be some past regulars who decided to stick around. "There were an odd few weeks when pennies were left in the bathrooms in stacks. There are already so many ghost stories. There are definitely some guests who are staying forever," he adds.

Whether or not the ghost stories are true, one can truly say that the spirit of Fox's has been revived. Fox's opened just after World War Two — long before cell phones — and even before most households had TVs. It was a place to have a few cocktails, a stick-to-your-ribs meal, and — more than anything — talk to people.

Seven decades after Fox's opened, I was sitting at the bar on a late Sunday afternoon. A man to my right asked what I had ordered, so I shared my thumb bits with him. This small act of breaking bread with a stranger is something that's been sorely missing from our lives — especially over the past few years.

The utter lack of light at Fox's also renders your cell phone camera useless, forcing people to engage with each other or (gasp) eat their food without the usual photo shoot.

Maybe, alongside the French onion soup, the jukebox, and the red Naugahyde bar stools, Fox's has brought back something far more important. Maybe it has revived the art of conversing with old friends — and making new ones — over a drink.

Fox's Lounge. 6030 S. Dixie Hwy., South Miami; 305-703-6553; foxslounge.com.
KEEP MIAMI NEW TIMES FREE... Since we started Miami New Times, it has been defined as the free, independent voice of Miami, and we'd like to keep it that way. With local media under siege, it's more important than ever for us to rally support behind funding our local journalism. You can help by participating in our "I Support" program, allowing us to keep offering readers access to our incisive coverage of local news, food and culture with no paywalls.
Make a one-time donation today for as little as $1.