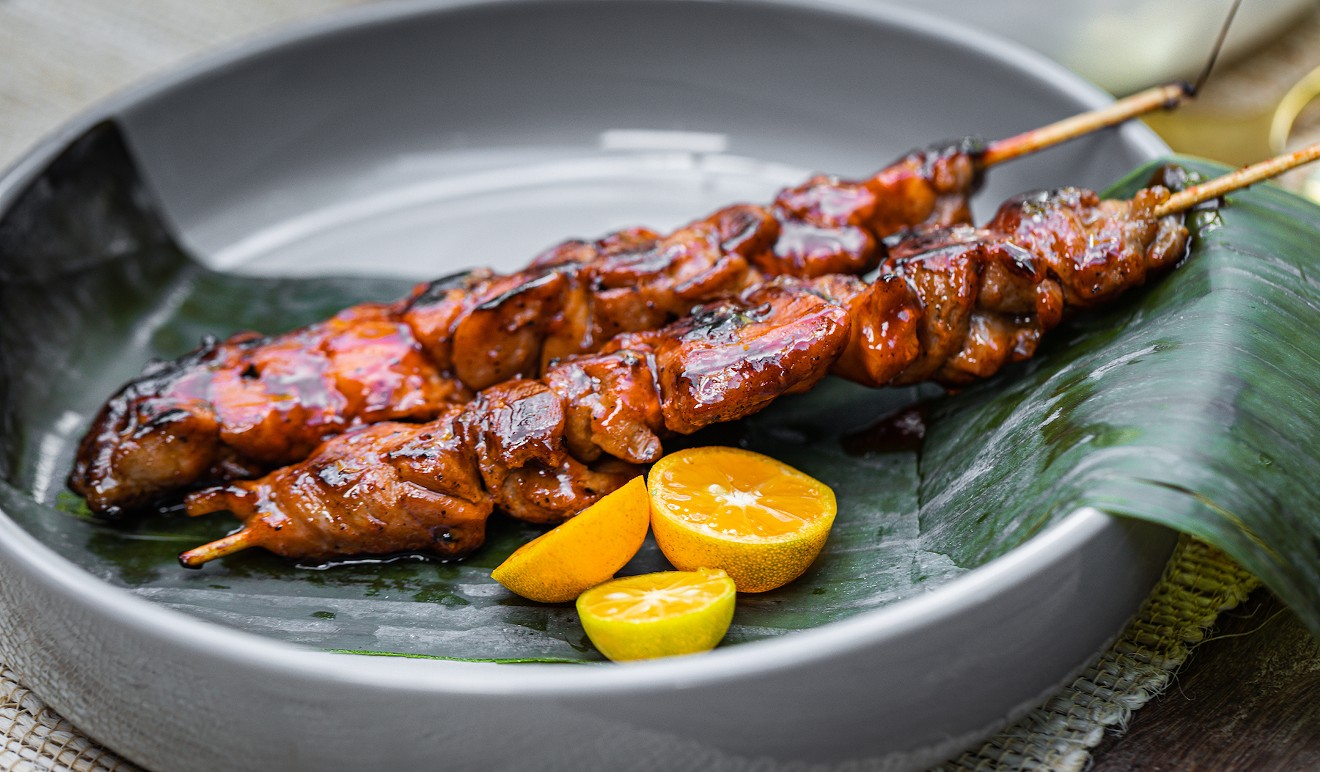 A Filipino-American chef known for her popular New York City restaurant, Jeepney and Tita Baby's, Ponseca recently opened curated versions of both concepts inside the 1-800-Lucky food hall in Wynwood. Considered an extension of her dine-in NYC eateries, they officially opened Saturday, January 2.

The launch coincided with the ten-year anniversary of Ponseca's career as a restaurateur, coincidentally landing on the same day she debuted her first concept, Maharlika (on January 2, 2011). The wildly popular pop-up inside the East Village's Restro Leon prompted the chef to open a standalone restaurant of the same name in 2012, followed by her Kamayan-style Jeepney a few months later. Her most recent venture, Tita Baby's Panciteria, opened in 2018, offering fast-casual Filipino noodles and barbecue dishes.

Now Ponseca is looking to share her love of Filipino cuisine with South Florida, a community she says will find much of the food familiar.

"Coming to Miami was a no-brainer," Ponseca tells New Times. "Even amidst the pandemic, I feel blessed to be able to create something new. The Filipino culture is very Latin and embraces dishes like flan, lechón, chicharrón, tamales, and adobo. I'm so excited to introduce Miami to these dishes that might seem familiar but are also new and unique."

Ponseca says she named Jeepney after the repurposed World War II Jeep taxis found in the Philippines, while Tita Baby is an affectionate Filipino word for "auntie" or any woman of an older generation. At 1-800-Lucky, both concepts are what the chef defines as her take on a "fast-fancy" concept — a restaurant that strikes the balance between quick-serve and dine-in.

"I thought, 'How can I sustain an efficient business operation that makes sense as an entrepreneur but doesn't take a way from the customer experience?' This market model is the perfect answer," Ponseca says. "It's affordable to operate but has the added bonus of offering guests a true dining ambiance."

At Tita Baby's, the menu will highlight popular barbecue dishes of the Philippines, including a short list of meat skewers called sisig — juicy cubes of meat (or jackfruit) kissed with smoke from a charcoal grill and served with traditional banana ketchup. Diners can also opt to have those meats added to Ponseca's riff on silog (a fried rice and egg dish, typically served for breakfast), dubbed the "Sister-in-Law Egg." It includes a deep-fried, sous-vide egg to give the dish its traditionally crisped component in addition to the runny yolk.

At Jeepney, the menu highlights baked goods and sweet treats like halo-halo, a popular Filipino dessert made of shaved ice, condensed milk, and toppings including sweetened beans, boiled taro, fruit slices, and shredded coconut. To keep food as authentic as possible, Ponseca is working with a local Filipino baker to create homemade items like bibingka (a traditional rice cake served in a cast iron skillet), pandesal (buttery bread rolls), and ensaymada (a sweet pastry made with pork fat).

The restaurateur tells New Times she plans to launch a special menu available only on Saturday and Sunday. beginning in late January; the chef will prepare a rotating selection of regional Filipino dishes, as well as ones that are more time-consuming to prepare. Several new dishes will be offered each week, available on a first-come, first-served basis.

"These will be very limited but are aimed at giving Filipinos craving a taste of home — or adventurous locals — a real treat," Ponseca says. "Just be sure to show up early, because when they're gone, they're gone."

Jeepney and Tita Baby’s at 1-800-Lucky. 143 NW 23rd St., Miami; 1800Lucky.com.
KEEP MIAMI NEW TIMES FREE... Since we started Miami New Times, it has been defined as the free, independent voice of Miami, and we'd like to keep it that way. With local media under siege, it's more important than ever for us to rally support behind funding our local journalism. You can help by participating in our "I Support" program, allowing us to keep offering readers access to our incisive coverage of local news, food and culture with no paywalls.
Make a one-time donation today for as little as $1.