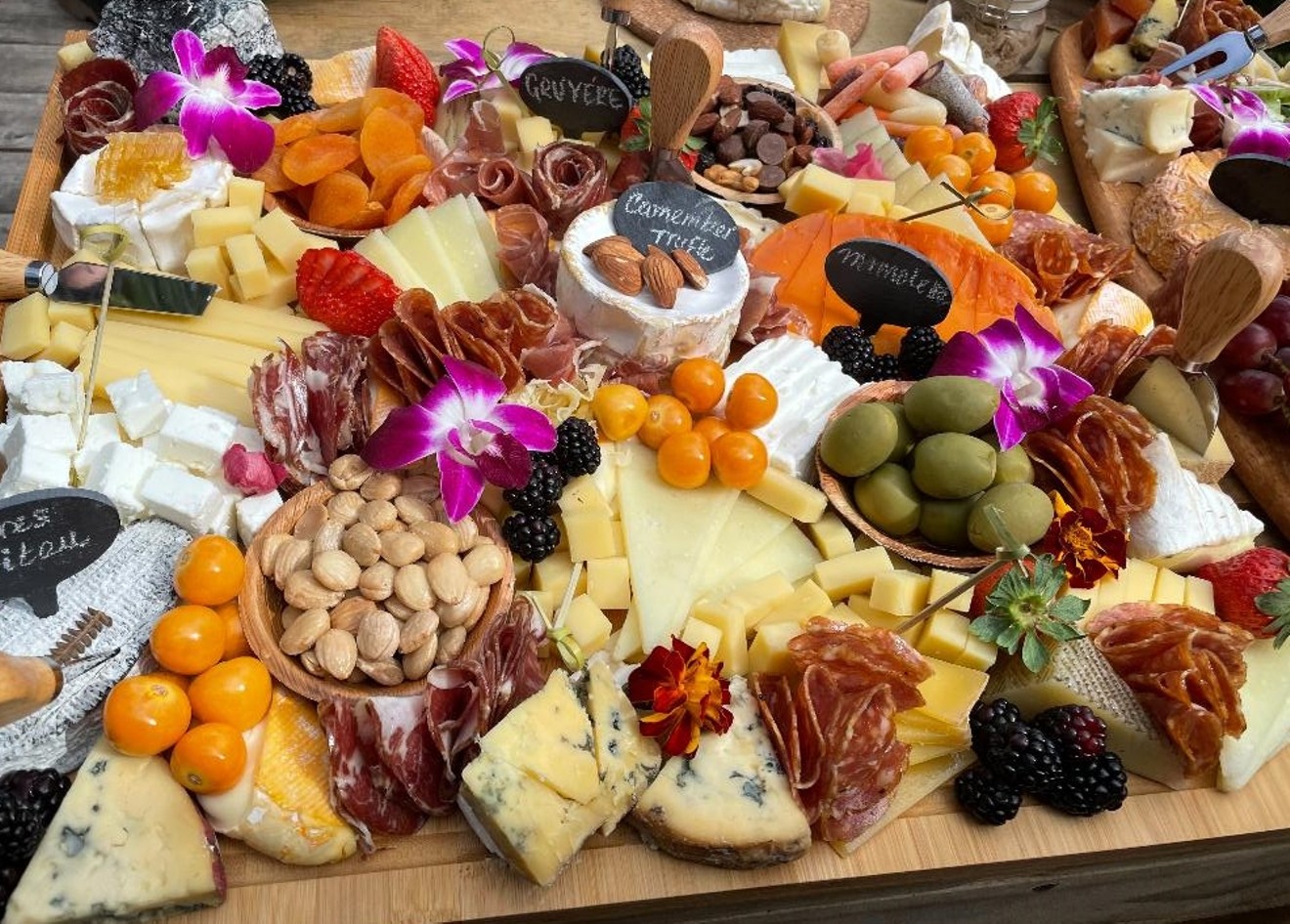 Chèvre will offer fine cheeses and other accoutrements from around the world. Photo by Laine Doss
Miami is finally getting the gourmet cheese shop it needs.

Chèvre, a cheese shop that opened in Panama City in 2019, is expanding to Miami, with locations planned for Coral Gables, the Design District, and Brickell, with the intention of expanding further.

Mario Naar, a partner at Chèvre Panama, says he had resolved to bring the concept to Miami before COVID descended on the world.

"I was born in Miami and decided it's time to take this concept back home with me," he tells New Times.

Naar and partner Navin Mahtani started a Miami social-media account to get a feel for the area's appetite for cheese. They also offered wine and cheese tastings on Zoom, for which they tapped the expertise of cheese connoisseur Carlos Yescas, to help with programming.

The tastings, Naar says, were a hit. "They took off. we did about eight classes and realized that people had a passion not only about eating cheese, but also about learning about how it's made," he says.

The classes had a social aspect to them as well, Naar discovered. "The cool thing is that people would stay on after the tasting and just chat and drink wine over Zoom. That's the great thing about wine and cheese — they're very friendly."

Chèvre's Coral Gables and Brickell shops are slated to open in late 2021, the Design District shop in 2022. The stores will sell cheese, charcuterie, and wine, and each will include a restaurant. Each shop's staff will include an in-house cheesemonger and sommelier who will be available to answer questions and offer advice.

In the coming weeks, Chèvre will launch an online store where cheese lovers can order cheese for local delivery. The website will provide descriptions and tasting notes on every cheese and an online cheesemonger will be available for consultation.

Naar thinks Miami is in desperate need of a proper cheese shop.

"We don't really have a good cheese store," he says. "People buy their cheese from Whole Foods. Our idea is to offer cheese from the best cheese houses in the world. We're going to bring in some very interesting cheese."

Chèvre Miami will start with about 100 different cheese from France, Belgium, Italy, and Spain. Also on offer will be olive oils, pâté, and bread from Zak the Baker.

And Chèvre will host a cheese club, wherein members can schedule monthly deliveries of specialty cheese and wine-and-cheese classes. ("We were surprised at how many people are really interested in cheese," Naar marvels."

Events both in-store and offsite, including a Macallan scotch master series, are planned. And a Chèvre food truck serving up burgers topped with fine cheese is also on tap for the Design District.

Chèvre Miami. Shops slated to open in 2021 and 2022. Online shop opening soon. chevremiami.com.
KEEP MIAMI NEW TIMES FREE... Since we started Miami New Times, it has been defined as the free, independent voice of Miami, and we'd like to keep it that way. With local media under siege, it's more important than ever for us to rally support behind funding our local journalism. You can help by participating in our "I Support" program, allowing us to keep offering readers access to our incisive coverage of local news, food and culture with no paywalls.
Make a one-time donation today for as little as $1.