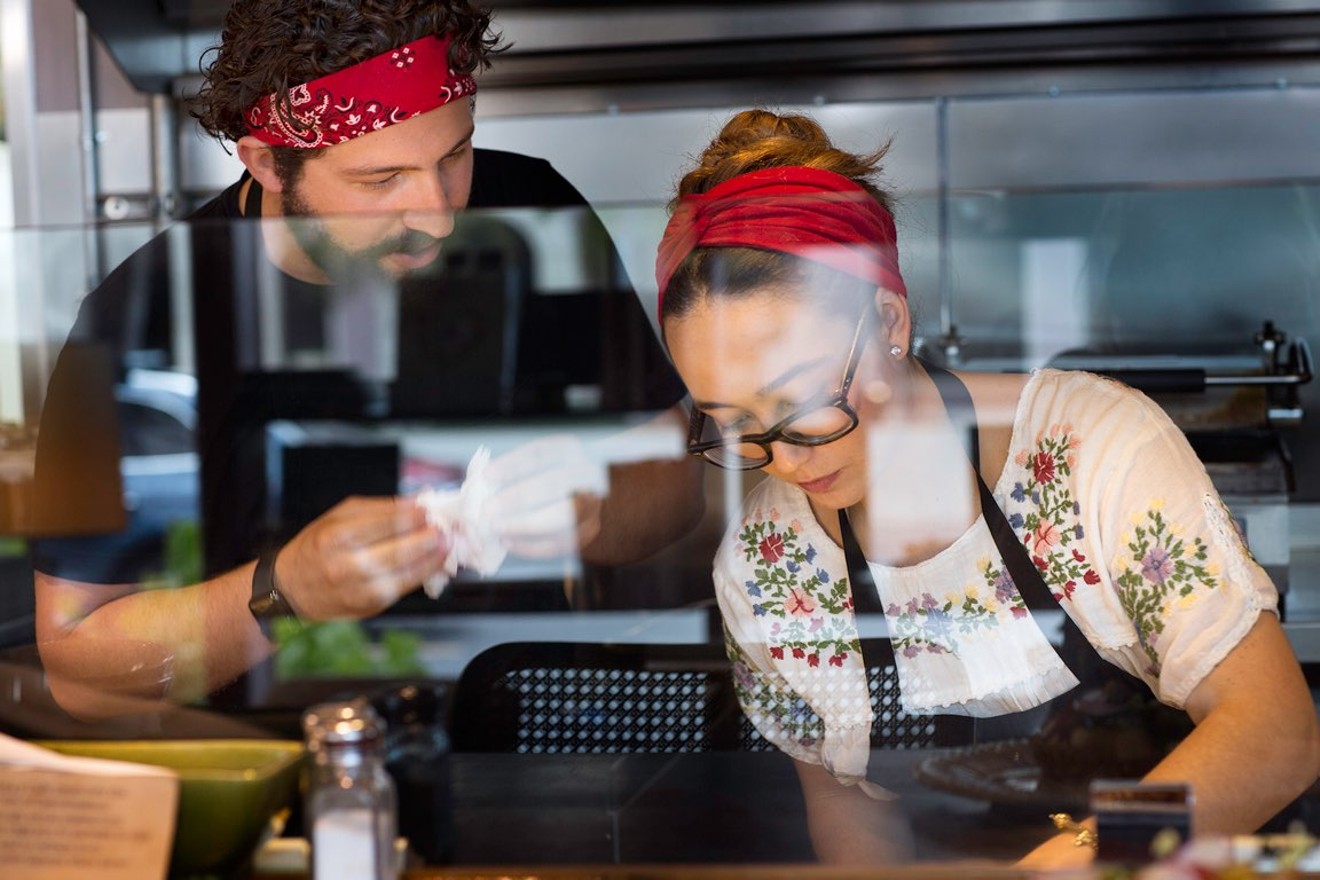 Andres Vega (left) and Sachi Statz at work at Sansara. Courtesy of Sansara
Sachi Statz was born into Miami ventanita royalty. In 2004, her mother and uncle opened Tinta y Café on SW Eighth Street just as Brickell began accelerating toward breakneck development. It was a funky little coffee shop filled with artwork, old books, and some of the neighborhood's best cortaditos.

Though the café was eventually forced out because its building was being redeveloped, the family snagged a larger space on Ponce de Leon Boulevard and reopened the coffeehouse in the summer of 2016.

The move worked out beautifully for Statz, 23, and boyfriend Andres Vega, 30, who since the beginning of this summer have been running the Cuban-style pop-up Sansara Sunday mornings, when the café is closed.

Though the place was out of power for nearly two weeks after Hurricane Irma, they plan to reopen this Sunday with the classic menu that has filled the compact space to near-capacity since its inception. There's a croqueta cake Benedict ($15) — a salty, savory, hammy patty stacked atop a crumbly, flaky biscuit all rounded out with a punchy lime hollandaise. 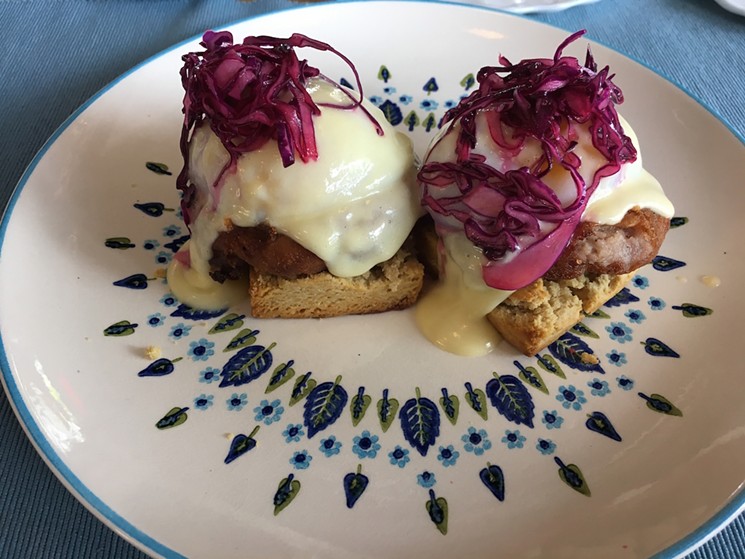 The tomato confit toast ($12) — because customers won't take an eatery seriously if it doesn't sell toast — comes with a mess of cherry tomatoes slowly cooked until they become tender and sweet as candy. A slick of goat cheese and a scattering of dandelion greens cleverly balance the flavor.

Statz and Vega, whose families own Coral Gables' La Rosa Bakery, seem to be next in a long line of Miami cooks seeking to elevate Cuban cuisine. And in light of the large crowds turning out for Sansara's brunch, the two just might succeed.

Statz began working in her family's coffee shop when she was 17. At the time, it was just for some money and work experience.

Sansara's tomato confit toast.
Photo by Zachary Fagenson
Yet the work quickly became a passion, so she enrolled in the Miami Culinary Institute, where she met Vega, who despite having earned a bachelor's degree from Boston College and a master's in accounting from the University of Florida, decided to give it all up and pursue cooking.

After graduating, the pair hopped the Atlantic Ocean for a few months to cook in some of Spain's best kitchens. Vega spent a month and a half at Albert Adrià's Tickets, while Statz worked for three months at El Celler de Can Roca in Girona, which has been twice ranked number one on "The World's 50 Best Restaurants."

Statz spent the time vacuum-packing vegetables for consommé; peeling ridiculously expensive shrimp and then dehydrating the shells to turn them into delicate flower petals; and transforming purées into faux fish scales.

Sansara's café con leche pan perdu.
Photo by Zachary Fagenson
All of it required a measure of discipline that the young cook says will pay off in the years to come.

"I don't want to call it boot camp, but that's what it was," Statz says. "It's superstressful, and everybody is trying to be the best one there because half of them are interns from all around the world and they want a permanent job."

Back home, she and Vega will ratchet up the intensity again when they begin dinner service Thursday, Friday, and Saturday nights in late October.