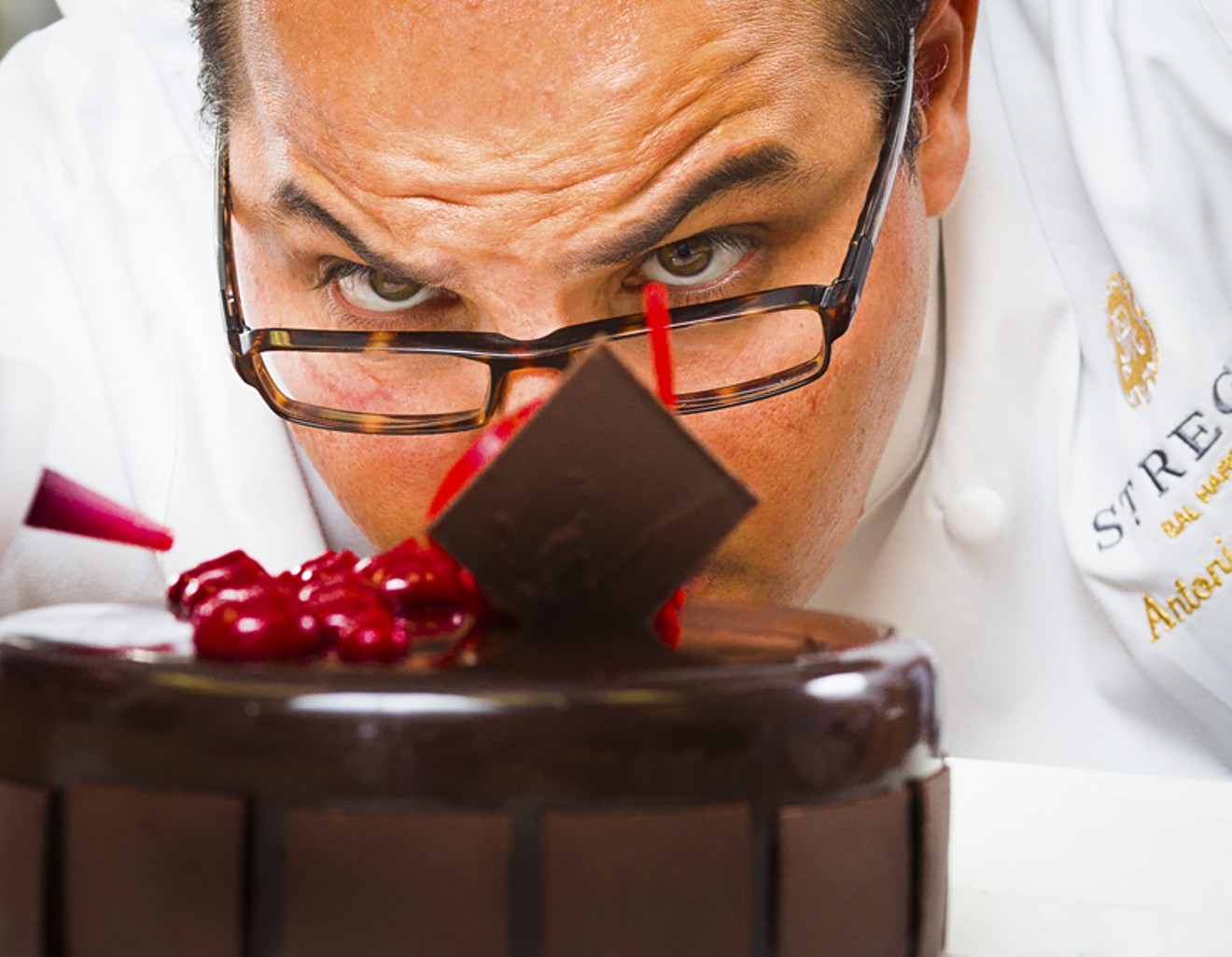 Bachour Bakery & Restaurant, scheduled to open the first quarter of 2020 in Downtown Doral, will offer the chef's signature pastries, along with a full menu of breakfast, lunch, and early-dinner items. Though a menu is not yet available, the 3,000-square-foot eatery will likely replicate the pastry chef's eponymous Coral Gables restaurant, which opened this past February.

In a statement, Bachour said he was "happy and excited" to open an establishment in Doral. "Doral is a multicultural city, and I think our concept will be accepted by the community." Bachour is traveling and could not be reached for comment.

The chef, who has more than three-quarters of a million Instagram followers, also travels the world teaching culinary arts and baking techniques. Baking is in Bachour's blood: He learned from his father, who owned a shop in Puerto Rico, and from his mother, who presented a homemade dessert at the dinner table each night.

He opened his first shop at 17 years old and then traveled to France to study the art of carefully glazing cakes and creating intricate confections. His career led him back to Puerto Rico, where he worked as pastry sous-chef at the Ritz-Carlton San Juan, and then to the St. Regis Bal Harbour, where as executive pastry chef he wowed Miami with his creations.

Today Bachour is carefully building a sweets empire. The Doral restaurant announcement comes on the heels of his opening a spot at Time Out Market Miami. The pastry chef also offers his baked goods and sandwiches at the Citadel in Little Haiti. In addition to his growing Miami-area presence, his desserts are offered at Palace Resorts, located throughout Mexico and Jamaica. Two years ago, Bachour sold his portion of a Brickell-area restaurant that has been renamed B Bistro + Bakery.

Doral is fast becoming a destination for food lovers. Bunnie Cakes announced it would open a location in Doral, and several alumni of Miami chef Michael Schwartz's restaurants opened a bao spot there. In addition, the Doral Yard, by the creators of the Wynwood Yard, is set to open soon.

Bachour Restaurant & Bakery. 8405 NE 53rd St., Doral; antoniobachour.com. Opening in early 2020.
KEEP MIAMI NEW TIMES FREE... Since we started Miami New Times, it has been defined as the free, independent voice of Miami, and we'd like to keep it that way. With local media under siege, it's more important than ever for us to rally support behind funding our local journalism. You can help by participating in our "I Support" program, allowing us to keep offering readers access to our incisive coverage of local news, food and culture with no paywalls.
Make a one-time donation today for as little as $1.