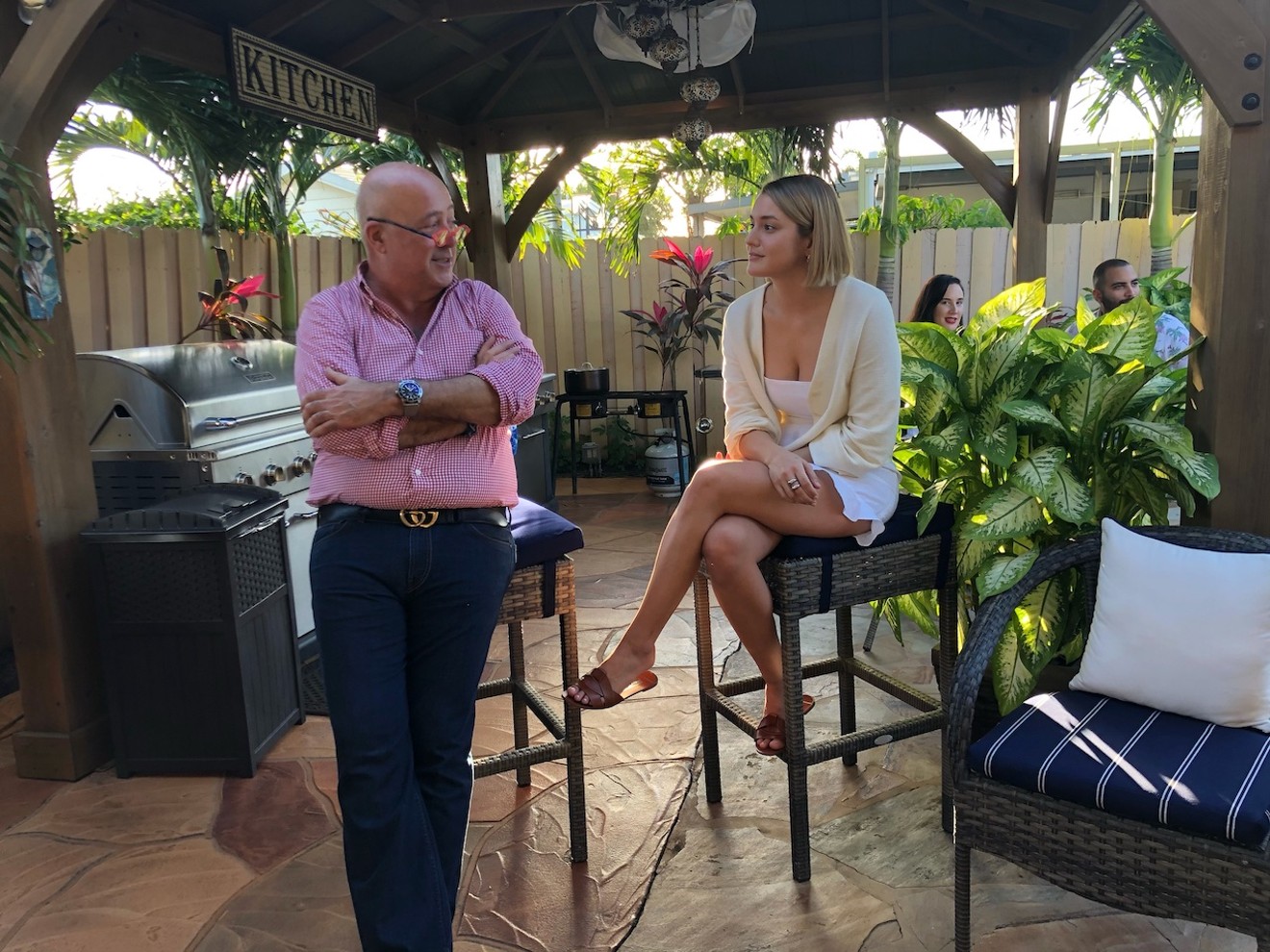 The celebrity chef — who goes by @chefaz on Instagram — was recently in town for the South Beach Wine & Food Festival (SOBEWFF). The visit marked his third trip to the Magic City over the past year, during which he looked to locals for ways to explore the burgeoning local food scene.

Just two days after SOBEWFF packed its tents, in a March 1 post in his Substack newsletter, Spilled Milk, Zimmern share his thoughts on Miami’s foodie landscape.

"With warm weather, an exciting food scene, and such a creative spirit, it has become one of my favorite travel destinations," he wrote. "People are living out loud in Miami and everything from the music to the food, and the attitude about life reflects. And although the city has had a reputation for overpriced wanna-be A-list restaurants touting velvet ropes, bouncers, and mediocre food, these days the food scene is beyond impressive."

He proceeded to catalog his favorite Miami haunts.

New Times attempted to contact Zimmern, but he declined to elaborate beyond his newsletter observations.

Below, in alphabetical order, is Zimmern's rundown of Miami's top restaurants, sprinkled with his observations. 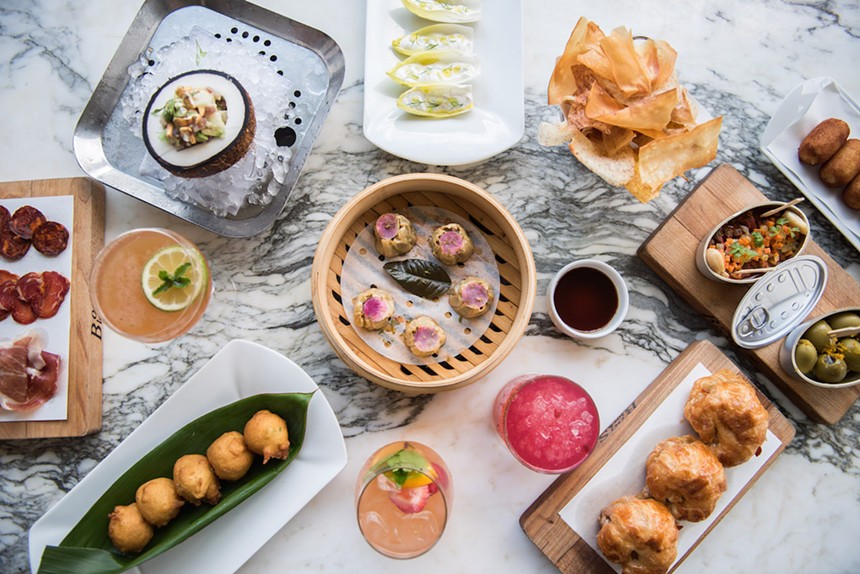 The Bazaar by José Andrés

Zimmern praises chef José Andrés' Bazaar for its theatrical presentation, what he calls dinner and show thanks to a "carefully curated theater of shared plates." Miamians know this South Beach restaurant, located at the SLS Hotel, for its adventurous takes on the flavors of the world, covering Spain, Singapore, and Japan, as well as Miami’s unique Latin American connection. 1701 Collins Ave., Miami Beach; 305-455-2999; thebazaar.com.

While this isn't a Miami-born eatery, it's one of the more exciting New York City imports to arrive in Miami since the start of the pandemic. Zimmern praises the Korean steakhouse for its Michelin-starred meat lineup but gives an insider's tip on the "Shicken" sandwich for lunch, calling the creation — a fried chicken cutlet bound around shrimp forcemeat with American cheese and pickle mayo on a toasted bun — "one of the best he's eaten in years." 3900 NE Second Ave., Miami; 305-434-4668; cotemiami.com. 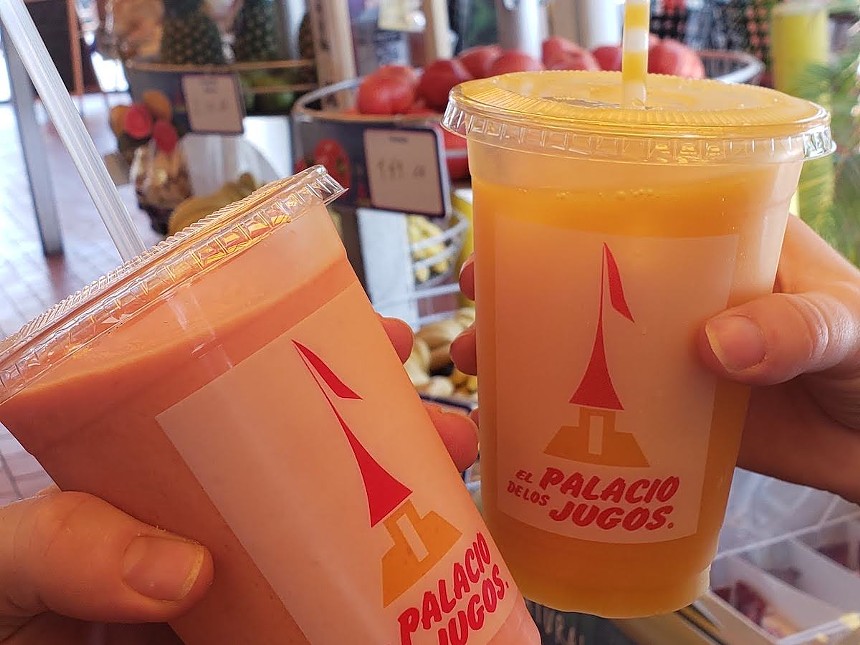 Zimmern says this is "hands down" the best Cuban-style burger the Magic City has to offer. The Calle Ocho favorite serves the classic frita: an all-beef patty topped with crisp-fried onions and potato strings, sandwiched between a Cuban bun. 5828 SW Eighth St., Miami; 305-266-8486; elmagodelasfritas.com.

Zimmern approves of Brooklyn restauranteur Billy Durney's marvelous meats. He gave a nod to Hometown's Miami wood-fired menu that showcases a selection of dishes cooked over a live fire that are perfect when paired with a craft beer or seasonal cocktail. 1200 NW 22nd St., #100, Miami; 305-396-4551; hometownbbqmiami.com. 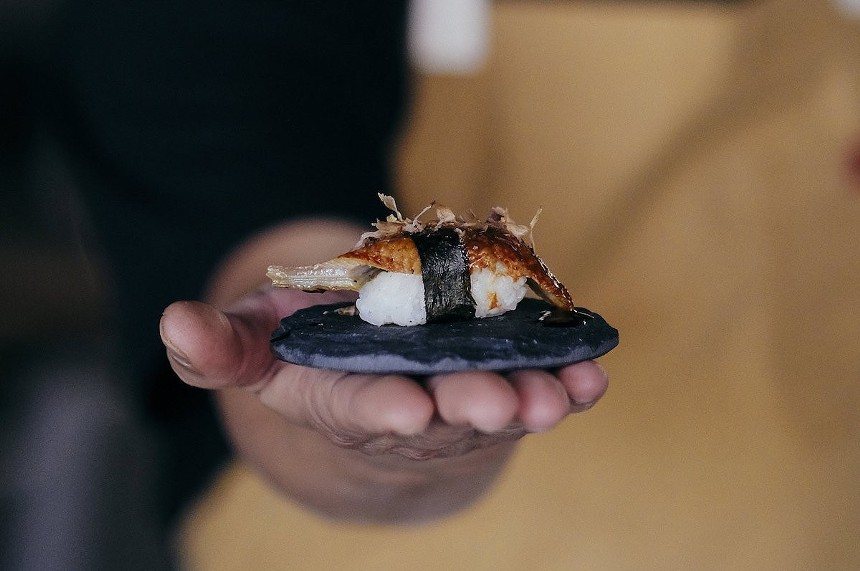 Itamae is one of the city's best restaurants for Nikkei cuisine.
Photo by Fuji Film Girl

A more recent Zimmern discovery, Itamae, rates his list for chef/owners Nando, Valerie, and Fernando Chang's take on Nikkei cuisine. Zimmern calls the Design District spot "the hottest ticket" in town right now, thanks to that "trio of the most talented chefs in the Southeast"; he recommends the daily fresh-catch ceviche, which comes dressed with red onion, tosaka seaweed, and ají limón paired with sweet potato and chewy kernels of choclo, writing, "[i]t might have been the best plate of food I ate when I was in town a few months ago." 140 NE 39th St., Miami; itamaemiami.com. 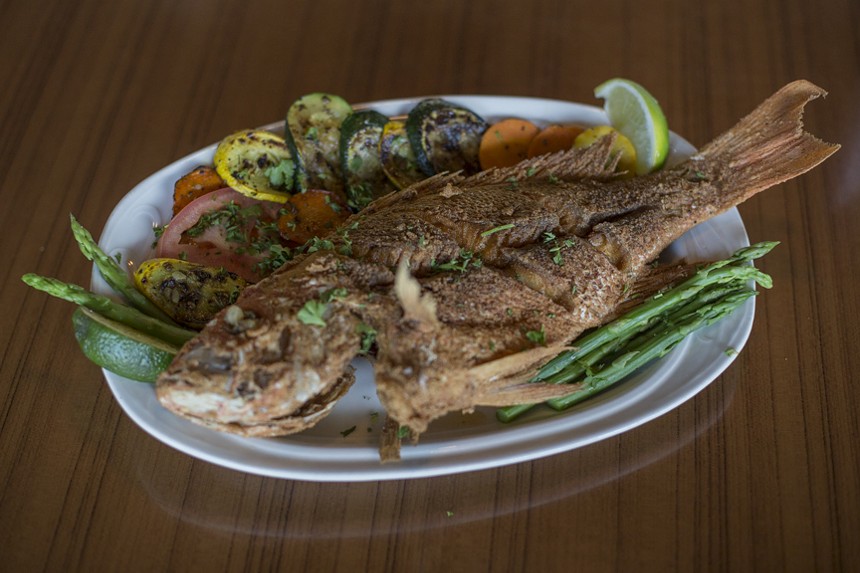 At La Mar, executive chef Diego Oka takes diners on a trip to Lima, Peru with his take on upscale novo-Andean and Nikkei fusion fare. Diners are also treated to one of the most beautiful restaurants in Miami, with an outdoor terrace directly on Biscayne Bay. 500 Brickell Key Dr., Miami; 305-913-8358; mandarinoriental.com.

Lido Restaurant and Champagne Bar at the Surf Club

Zimmern can't say enough good things about chef Michael White and his lobster ravioli. White is best known for his time in New York City beginning with the now-closed Fiamma Osteria, then as cofounder of Marea. Today, his Surfside restaurant at the Four Seasons delivers a taste of White's coastal Italian cuisine. 9011 Collins Ave., Surfside; 786-482-2280; fourseasons.com. This South Beach restaurant is a favorite for tourists and locals alike, and chef/owner Michael Pirolo’s pasta, beverage selection, and atmosphere do not disappoint. Zimmern counts himself as one of the lucky few to have discovered this neighborhood gem. 820 Alton Rd., Miami Beach; 305-534-2124; macchialina.com.

Of all the Mediterranean restaurants in Miami, Zimmern enjoys Mandolin. The courtyard offers a quiet respite to enjoy a parade of small plates that, he writes, often includes "lamb, beef meatballs, and an exceptional grilled octopus." 4312 NE Second Ave., Miami; 305-749-9140; mandolinmiami.com.

Michael's Genuine is celebrating its 15th anniversary with a major refresh of its Design District location. Look for a mix of old favorites like stracciatella, wood oven-roasted octopus, and pan-roasted poulet rouge, along with a new section of additional dishes. Since the reopening, Zimmern says "there is no reason not to go" and calls Michael's Genuine "a modern classic." 130 NE 40th St., Miami; 305-573-5550; michaelsgenuine.com. 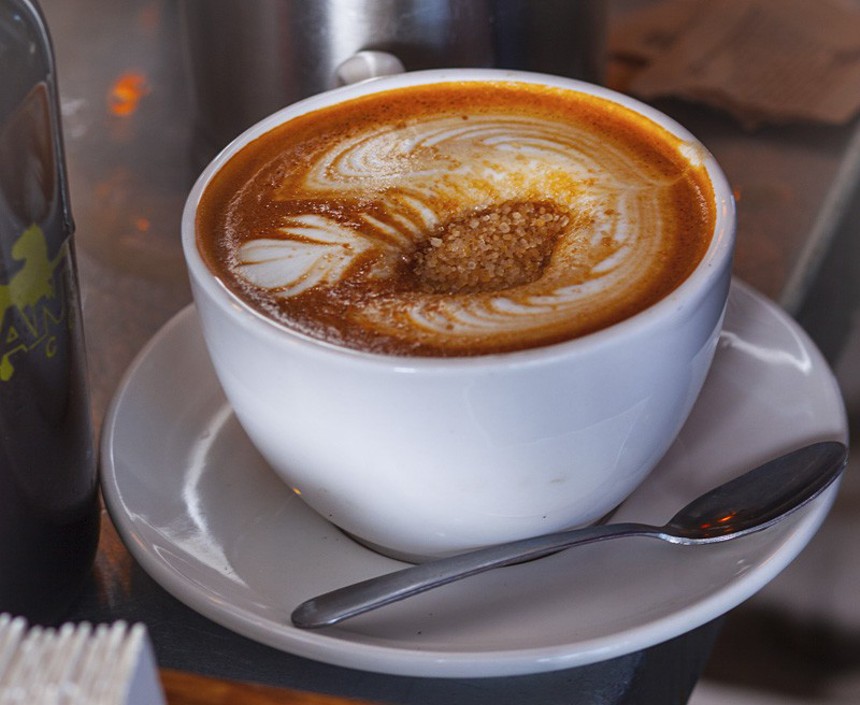 Wynwood-based Panther Coffee is Miami's first bean-to-cup coffee roaster, and there's no place like it. The café seems to sit in the center of the art district's hustle and bustle, making it the perfect spot to grab a cup of coffee. Writes Zimmern: "Their brew is as excellent as the people-watching." 2390 NW Second Ave., Miami; panthercoffee.com.

Zimmern lauds restaurateur Marcus Samuelsson, writing, "Once again, Marcus has gone into a neighborhood and planted his flag to not only serve great food, but to the tell the story of the people who live and work there, offering a platform to celebrate local artists and musicians every day." When you go, don't miss Zimmern's favorite dishes: chicken-fried green tomatoes and a plate of pork and plantains. 920 NW Second Ave., Miami; 305-640-9880; redroosterovertown.com.

"[E]very restaurateur who knows what’s what sources their bread from Zak," writes Zimmern of Zak the Baker, which serves up soups, bagels, sandwiches, and pastries — not to mention falafel, chocolate babka, challah, and seasonal sourdough loaves — at its Wynwood bakery and café. 295 NW 26th St., Miami; 786-294-0876; zakthebaker.com.
KEEP MIAMI NEW TIMES FREE... Since we started Miami New Times, it has been defined as the free, independent voice of Miami, and we'd like to keep it that way. With local media under siege, it's more important than ever for us to rally support behind funding our local journalism. You can help by participating in our "I Support" program, allowing us to keep offering readers access to our incisive coverage of local news, food and culture with no paywalls.
Make a one-time donation today for as little as $1.