MIA vs. FLL: Which Airport Is More Infuriating? 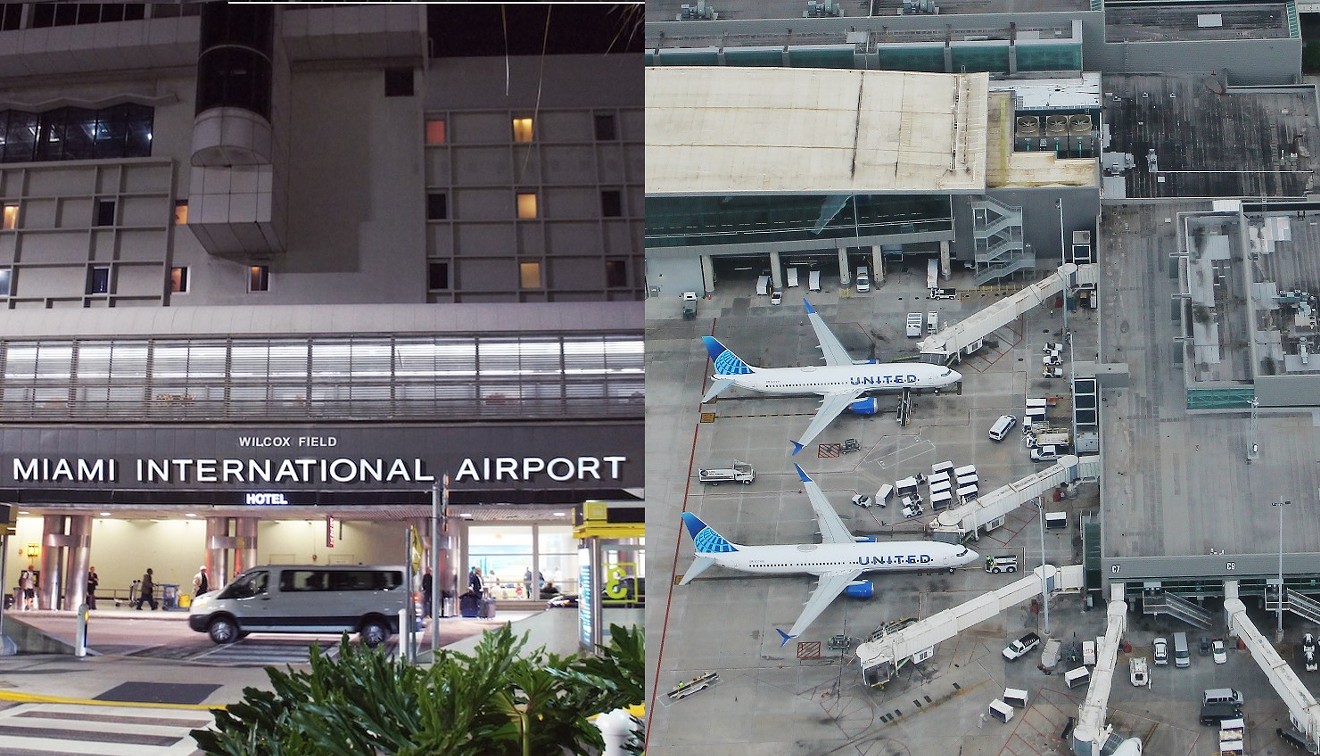 MIA and FLL airports may make travelers question why they left their homes in the first place. Photos by lavendertime/iStock.com (left) and FormulaNone via Flickr
South Florida's two biggest airports at times appear to be in a competition to see which one of them can make travelers more miserable.

Mind-numbingly long lines and crowded terminals coated with human effluvium are familiar to anyone who's made their way through Fort Lauderdale-Hollywood International Airport (FLL) or Miami International Airport (MIA). And on the right day, you might come across a bird smuggling operation, a passenger handing out vodka in a security line, or even a good-ole violent SoFlo skirmish.

As if travelers needed another reason to be wary of the South Florida hubs, travel site Family Destinations Guide recently compiled a list of the ten worst airports in the nation for flight delays last year, ranking FLL and MIA third and fifth, respectively.

FLL had 26 percent of its flights delayed in 2022, while MIA saw 24 percent. The report crunched data from the Bureau of Transportation Statistics, which found more than 1,042,000 flights were delayed across the nation last year. Only Orlando International Airport and Newark Liberty International Airport beat out FLL for flight delays.

As far as alarming passenger incidents, both MIA and FLL have had a fair share of wild stories over the past two years.

At the Fort Lauderdale hub a few weeks before Thanksgiving last year, officers from the Transportation Security Administration claimed they found a gun hidden inside a raw chicken. In another headline-grabbing incident, a Canadian man allegedly made a bogus reference to a bomb in his luggage after arguing over baggage fee policy.

Last month at Miami International Airport, a woman was arrested on battery charges after she picked up a computer monitor and chucked it at an airline worker while trying to find her kids in a terminal. A year earlier, a man was charged for allegedly biting an officer on the head in a dispute that ended with police pointing a gun at a riled-up crowd in the airport. Then there was that time that a stowaway was found in the landing gear in a plane arriving at MIA via Guatemala City.

The Miami airport dropped to ninth out of 20 mega airports on this year's JD Power survey. Fort Lauderdale-Hollywood International Airport was not far behind, coming in at the 12 spot.

Both airports have difficulty with keeping flights on time, repeatedly ranking among the worst in the country for delays. Fort Lauderdale is a hub for Spirit, and the airline has borne the brunt of travelers’ rage when mass flight cancellations and delays crop up.

"The factors that determine an airport’s on-time performance/delays are related to inclement weather or airline or Federal Aviation Administration (FAA) operations, which are out of the airport’s control," Chin says in an email. "Regarding weather delays, it is worth noting that Florida has more lightning per square mile than any other U.S. state."

The two South Florida airports have also dealt with controversies over service staff working conditions. As previously reported by New Times, the airports have faced criticism dating back several years for working with contractors who allegedly mistreated airport workers. Though a local service workers union says conditions have improved, a group of MIA airport workers recently gathered in protest to call on Congress to pass the Good Jobs for Good Airports Act, which would ensure them livable wages and reasonable benefits.
KEEP MIAMI NEW TIMES FREE... Since we started Miami New Times, it has been defined as the free, independent voice of Miami, and we'd like to keep it that way. With local media under siege, it's more important than ever for us to rally support behind funding our local journalism. You can help by participating in our "I Support" program, allowing us to keep offering readers access to our incisive coverage of local news, food and culture with no paywalls.
Make a one-time donation today for as little as $1.