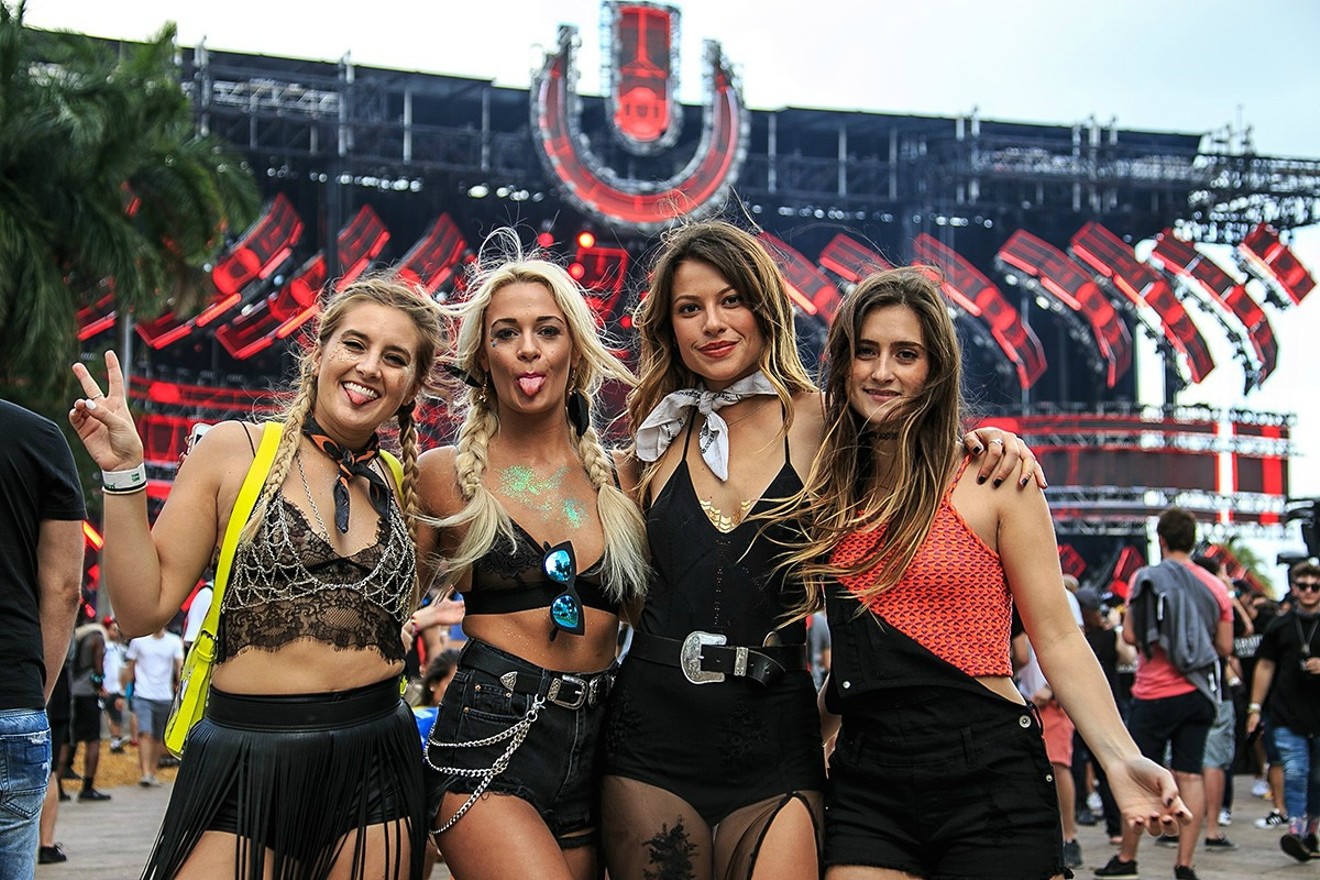 In 2001, when the very first uhntz-uhntz rattled the speakers at Ultra Music Festival at Bayfront Park, downtown Miami was a ghost town after 5 p.m. Ultra has grown exponentially since that first show — and so have the glass canyons of luxury condo towers rising over the EDM festival's home territory.

Now more than 1,000 residents — some of whom paid millions to live near Bayfront — are demanding the city give the boot to a festival that's spent more than 15 years bringing hundreds of thousands of dance fans downtown.

In fact, the residents are asking the city to stop hosting any concert festivals in the park, meaning they also want an end to Rolling Loud, the insurgent hip-hop fest that moved to Bayfront this year. A total of 1,094 residents signed a petition that was delivered yesterday to Commissioner Frank Carollo at the monthly meeting of the Parks and Recreation Advisory Board.

"These events regularly force thousands of downtown residents to flee the area to avoid the unbearable noise, traffic, and alcohol/drug-related violence present at and around these events," the residents write. "Ultra's contract is up for renewal. Rolling Loud's producers announced their intent to return to Bayfront Park next year... No more!"

No one would dispute the basics of the downtown residents' complaints. Ultra is loud as hell. Hundreds of thousands of attendees flock down Biscayne Boulevard, choking traffic and swarming sidewalks. Security and cleanup efforts are a gigantic headache.

But it's also difficult to read this petition, which was first reported by the Miami Herald, and not immediately wonder, What exactly did you think downtown Miami was like before you moved in?

Downtown is not Miami Shores. It's not Kendall. Like every major metropolitan center, it's a big, busy, crazy, loud space that serves as a civic hub for the 2.7 million people who live in Miami-Dade County. There are tradeoffs to living in the middle of all that. An exciting, walkable lifestyle with gorgeous views of the bay, by necessity, comes with some noise, traffic, and general annoyance.

Ultra has been doing its thing at Bayfront for 16 years. Residents who bought downtown condos knew exactly what they were bargaining for when they signed their contracts.

The petition is the brainchild of the Miami Downtown Neighbors Alliance, a group that has also demanded the city crack down on noise at clubs in the 24-hour entertainment district, such as Space and E11even. The group says it's just looking out for the interests of a growing class of residents in the heart of the city.

But EDM and nightlife backers have lately crashed the group's Facebook page to argue their side: that a newly minted NIMBY set of condo owners shouldn't reverse decades of music and nightlife industry growth in the area.

"You argument is noise complaints and trash — have you forgotten we live in the biggest city in Florida?" writes one recent commenter on their page. "Honestly, you and your supporters sound like even if this venue was moved you would still find something to complain about. You're like the neighbors who call the home owners association for someone who forgot to mow their grass for one week."

The group insists it's not against nightlife in general: "No actually we are pretty cool people who dedicate our time for community service focusing on education, support for the needy and better quality of life for all," they write in another Facebook post.

Be that as it may, it's hard to understand how the petition amounts to more than a new set of residents — with serious financial heft — trying to get rid of a couple events that annoy them a few weekends a year.

"The noise and traffic is an unfortunate side-effect, but the music ends by midnight and the city seems to have reliable public transportation... Drug and alcohol-related problems are also diminishing as the festival is cracking down - Ultra 2017 was one of the safest festivals since its inception in 1998," another commenter writes on the group's page. "At the end of the day, all the craziness exists just for a couple weekends and the park is still available for well over 75 percent of the year. I see no wrong with having Ultra stay in Bayfront Park, where it has established a strong international presence for itself and the city."