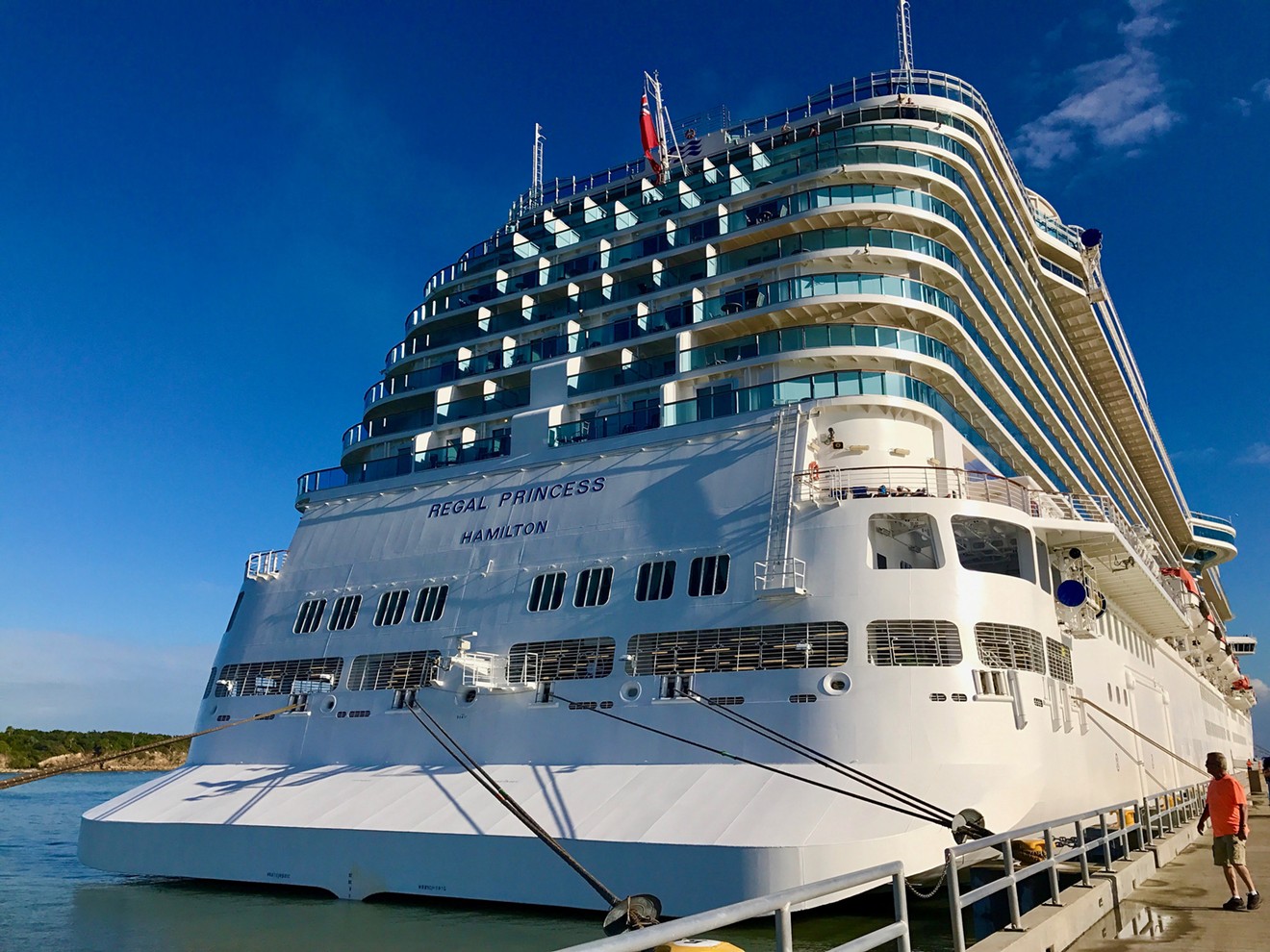 Luckily, the cruise ship the Regal Princess was in the area on its way to St. Thomas. The U.S. Coast Guard's Seventh District in Miami sent an aircraft to the crash site and contacted the ship's captains for help. Regal Princess crew members were able to rescue two people from the downed plane.

"They recovered them with no injuries reported," Coast Guard spokesman Seaman Erik Villa Rodriguez tells New Times. (Cruise Law News, a blog by Miami attorney Jim Walker, was the first to report on the rescue.)

The stunning rescue was captured by several tourists on the cruise ship, who cheered from the deck as a rescue boat brought back the two survivors from the plane crash.


Amazing while onboard the Regal Princess we just witnessed our crew and the US Coast Guard rescue 2 people from the Caribbean that were victims of a plane crash @PrincessCruises @uscoastguard thank you for being so incredible!!!

2 people rescued by our Princess cruise staff after small aircraft went down in the Atlantic. All appear okay. #ThankGod @AP pic.twitter.com/DysBoSUzAC

Princess Cruises spokeswoman Alivia Owyoung says the crash involved a private plane. The Regal Princess, which is based out of Port Everglades in Fort Lauderdale, is on day two of a seven-day Caribbean cruise.

No further information was immediately available about the plane crash or rescue. This post will be updated as more details emerge.
KEEP MIAMI NEW TIMES FREE... Since we started Miami New Times, it has been defined as the free, independent voice of Miami, and we'd like to keep it that way. With local media under siege, it's more important than ever for us to rally support behind funding our local journalism. You can help by participating in our "I Support" program, allowing us to keep offering readers access to our incisive coverage of local news, food and culture with no paywalls.
Make a one-time donation today for as little as $1.