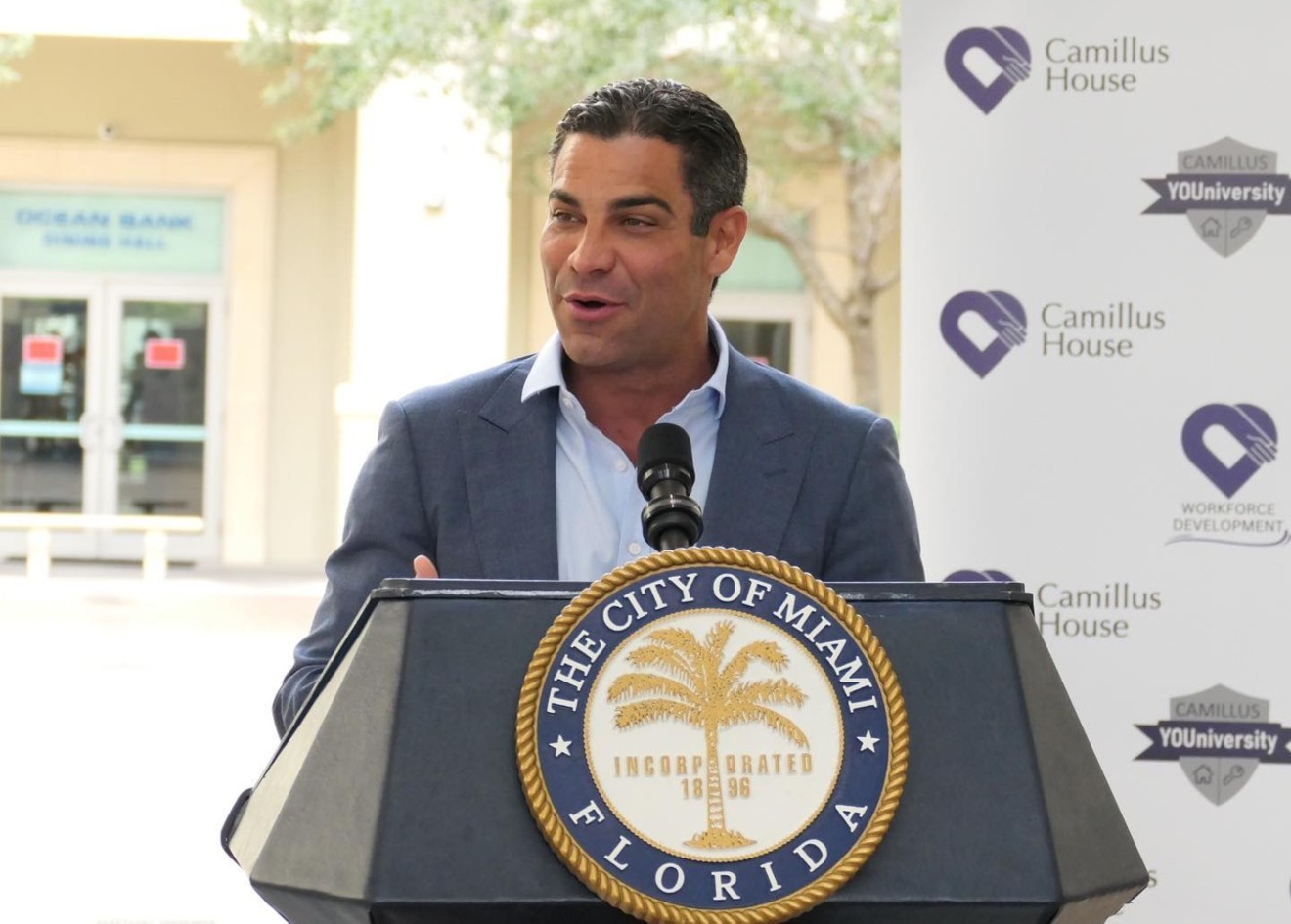 Musk was taken aback that San Francisco’s building department is investigating a complaint about the installation of beds in Twitter offices. The sleeping quarters were apparently set up for employees working late to accommodate Musk's increased workload expectations and self-described "extremely hardcore" overhaul of the company.

"So city of SF attacks companies providing beds for tired employees instead of making sure kids are safe from fentanyl. Where are your priorities?" Musk tweeted last night at San Francisco Mayor London Breed.

"It's time to move Twitter headquarters to Miami," Francis proclaimed on social media. "It's not about politics. It's about the soul of our country."

Hot off the collapse of Miami's erstwhile cryptocurrency exchange partner FTX — and the unceremonious ripping of the failed company's name from the Miami Heat's stadium — some Twitter users were skeptical of Francis' proposal.

They did, however, point to a few perks that the social media company could enjoy in Miami.

One user quipped that Miami offers free cocaine to web developers. If that were true, it would certainly help Twitter employees stay wide-eyed and peppy while they meet Musk's new standards of unflinching dedication and late-night work sessions.

An endless supply of blow could keep Twitter staffers churning in the office at all hours of the evening and suppress those unsavory impulses to go home.


Cocaine is provided by the city for free.

Some users were not pleased with the prospect of a further influx of tech professionals in the area. Citing concerns about gentrification contributing to Miami's skyrocketing rent and housing prices, one skeptic  complained that a Twitter exodus to Miami would push more "305 natives out of their neighborhoods."

Great idea more highly paid white collar workers to push out 305 natives out of their neighborhoods.

Local strip clubs could conceivably pitch in to make Twitter feel more at ease in its new home city. One user suggested that local gentleman's clubs could offer free champagne room visits to Twitter staffers for the first year after the move.

Another incentive that San Francisco is missing? Proper Cuban coffee.

A Twitter user suggested that with the strong espresso drink at Musk's disposal in Miami, he could solve world hunger –– and bring peace to Ukraine –– before lunch time.

Inevitably, Suarez was going to get raked over the coals in light of the recent FTX debacle. Several Twitter users poked fun at the mayor's eagerness to court Twitter so soon after the city's partnership with FTX crumbled in the wake of the crypto exchange's insolvency.

FTX filed for bankruptcy on November 11, and the City of Miami promptly axed its stadium-naming deal with the company.

How is the crypto Capitol working out Mr. Mayor?

Two (Sinking) Ships in the Night

One Twitter user was skeptical of Twitter's long-term prospects, claiming the company would fit in well in a city that's in danger of becoming a flooded wasteland within the next century thanks to rising sea levels.


A sinking city is perfect for a sinking company

Founders Fund general partner Keith Rabois, who worked with Musk to build PayPal into an online payment juggernaut, was enthusiastic about the idea of his old associate bringing Twitter headquarters to Florida. Rabois has been a tried-and-true supporter of Musk in recent weeks as media scrutiny mounted over the Twitter chief's efforts to radically transform the social media company.

Other Miamians claimed Twitter would be right at home in Miami, with a local commenter calling it "the city of the future" while referring to San Francisco as a "crumbling museum."

One Miami tech professional tweeted that "the energy in Miami is optimistic, hungry, international and totally in build mode."

@elonmusk time to join the city of the future

KEEP MIAMI NEW TIMES FREE... Since we started Miami New Times, it has been defined as the free, independent voice of Miami, and we'd like to keep it that way. With local media under siege, it's more important than ever for us to rally support behind funding our local journalism. You can help by participating in our "I Support" program, allowing us to keep offering readers access to our incisive coverage of local news, food and culture with no paywalls.
Make a one-time donation today for as little as $1.
Miami New Times staff