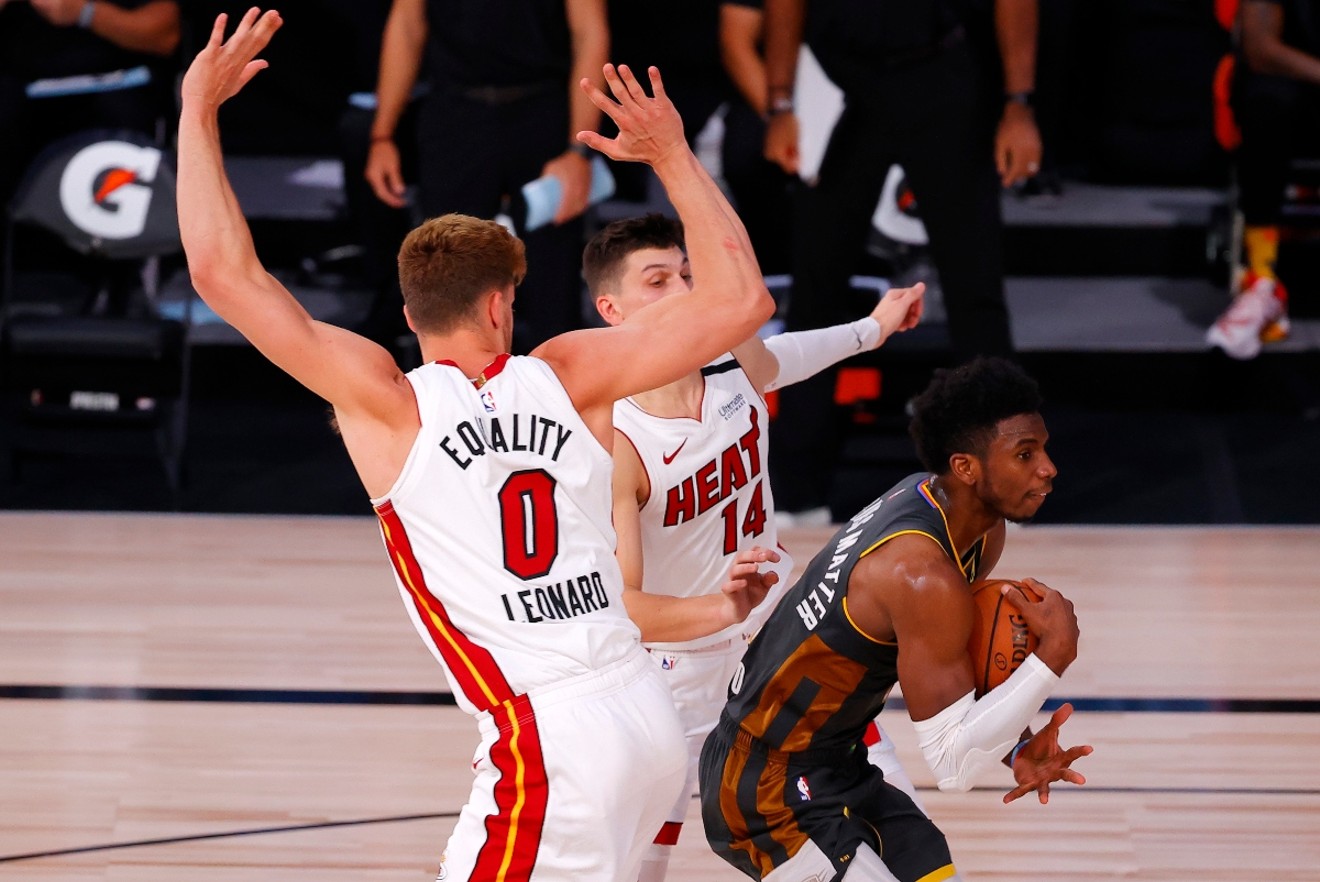 Miami Heat center Meyers Leonard, pictured wearing an "EQUALITY" jersey, at a game against the Oklahoma City Thunder last year. Photo by Kevin C. Cox/Getty
Update: Meyers Leonard has issued an apology, saying he "didn't know what the word meant at the time." His full statement can be viewed on Instagram.

Meyers Leonard, one of the most popular Miami Heat players, is in hot water today after a video surfaced of him uttering an ethnically offensive and derogatory term for Jewish people. The video was taken off of Leonard's Twitch stream, where he was playing the video game Call of Duty.

During the stream, Leonard could clearly be heard saying, "you fucking k*** bitch" on the stream to another player. According to the Sun-Sentinel, the Miami Heat is in the process of reviewing the video.

Leonard is a huge gamer and often promotes his Twitch streams on social media. He has also participated in video game tournaments in the past with other professional players.

Despite wearing a jersey calling for "EQUALITY" last year, Leonard has consistently been one of only two players in the NBA who refused to kneel alongside his teammates during the National Anthem in honor of the Black Lives Matter movement. He told ESPN he supports Black Lives Matter but "my patriotism runs deep."

Leonard — who after only a handful of games sustained a season-ending injury this year — had likely already played his last game with Miami. Now, there's a question as to whether he'll be welcomed back to the team at all.
KEEP MIAMI NEW TIMES FREE... Since we started Miami New Times, it has been defined as the free, independent voice of Miami, and we'd like to keep it that way. With local media under siege, it's more important than ever for us to rally support behind funding our local journalism. You can help by participating in our "I Support" program, allowing us to keep offering readers access to our incisive coverage of local news, food and culture with no paywalls.
Make a one-time donation today for as little as $1.