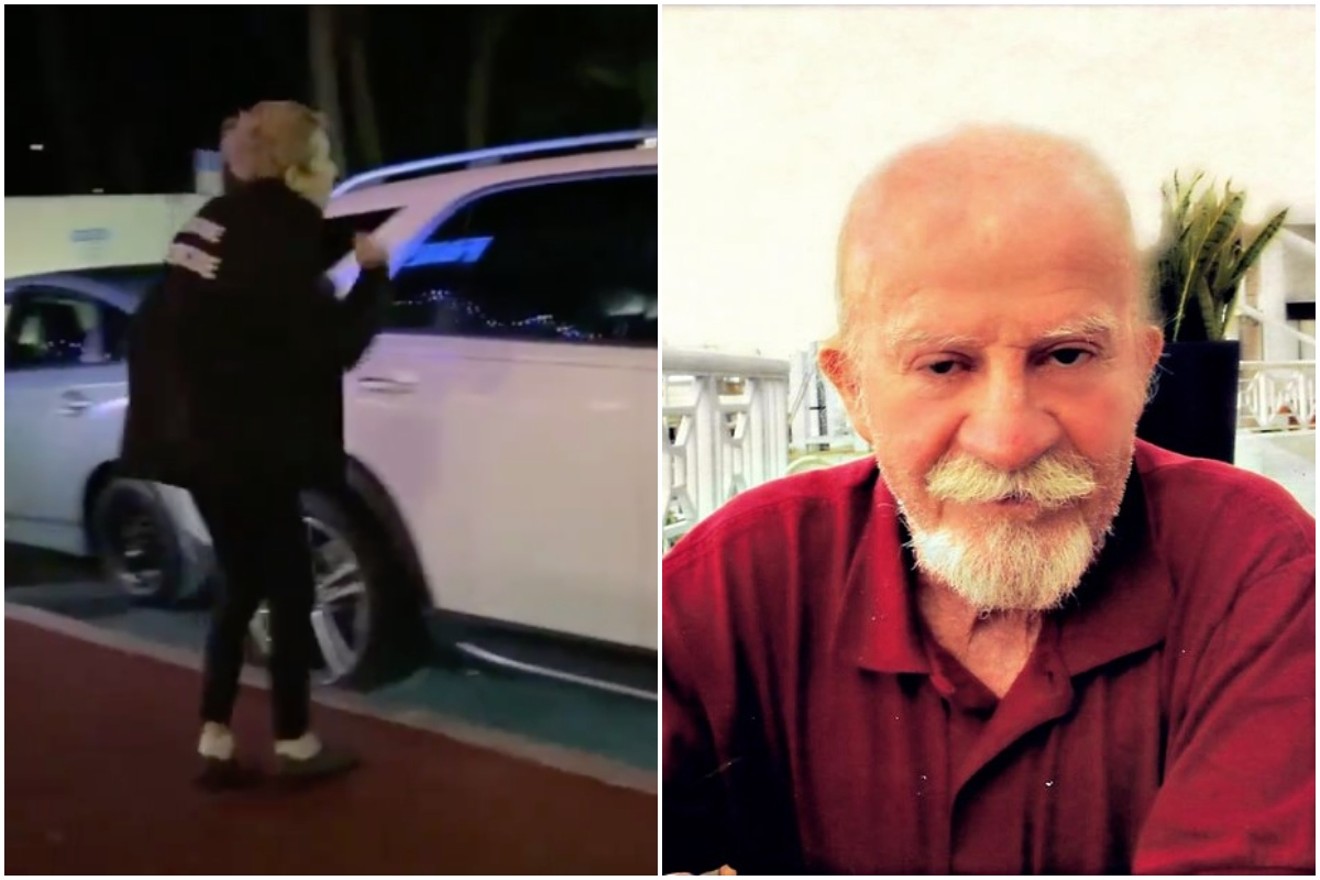 An arrest report from the incident says 64-year-old Leslie Socolov became angry that the man was parked behind her car and went "wild," ramming the 78-year-old man's SUV, calling him a "stupid Jew," and pounding on his windows. Video footage shows Socolov — a retired stenographer for the MDPD's homicide unit — wearing a black jacket with the words "MIAMI-DADE HOMICIDE" on the back.

"Move your fucking car, you stupid Jew!" she yelled at the man. "Motherfucking piece of shit. Just because you're Jewish and a Democrat doesn't give you the right to stay there. Move it!"


Vulgar language warning - a @MiamiDadePD homicide employee was caught on video in an INSANE antisemitic rant over a parking situation.

“Move your f*cking car you stupid Jew … just because you’re Jewish and a Democrat doesn’t give you the right to stay there” pic.twitter.com/qD3wyU1mrK

Socolov was booked on misdemeanor charges of DUI and disorderly intoxication following the incident, which took place Saturday around 7:30 p.m. According to the Palm Beach County Sheriff's Office arrest report, she blew breath-alcohol samples of .151 and .157. (In Florida, the legal driving limit is .08.)

While footage of the incident is now going viral, this isn't the first time police have investigated a car crash caused by Socolov. After midnight on May 9, 2015, Socolov hit 69-year-old Richard Flaherty, a Vietnam veteran who had been homeless for years, a block away from her Aventura condo. Socolov left the scene; Flaherty's bloodied body was found by joggers the next morning in a manicured median along Aventura Boulevard. (New Times covered the mysterious life and death of Flaherty in a 2017 story.)

According to a traffic homicide report from the fatal incident, Socolov returned home at 12:41 a.m. and surveyed the damage to her Toyota Prius. She walked back to Aventura Boulevard and saw two police cars but did not speak with the officers. Instead, she called her insurance company and made a claim for the damage.

The next morning, Socolov again returned to Aventura Boulevard, where she saw police vehicles and a yellow tarp that appeared to cover a body.

"Socolov became increasingly suspicious and returned home," the traffic homicide report states. "She then drove to work. During that time, she was bothered by what she saw and wondered if the impact she felt last night had anything to do with [the body] lying in the bushes."

Investigators say Socolov Googled the intersection and learned that Aventura police were investigating a hit-and-run fatality. She asked a detective she worked with for his advice and eventually called the Aventura Police Department to inform officers that she may have been involved. After she gave permission to search her vehicle, officers took blood and samples from her car that later were identified as a match for Flaherty.

Although police documents state definitively that Socolov hit and killed Flaherty that night, the Miami-Dade State Attorney's Office did not press charges against her, saying they couldn't prove that she knew she'd hit a person before leaving the scene of the crash. (A close-out memo on the case is embedded at the bottom of this post.)

Her employer, the Miami-Dade Police Department, also took no action — an Internal Affairs report notes that Socolov had been involved in a fatal crash but says she did not violate any MDPD policies or procedures.

After Flaherty's death, Socolov continued working for the MDPD until her retirement last year. Last night, the police department tweeted that the recent video depicting Socolov "does not represent the values of the MDPD" and that its Homeland Security Bureau is investigating the incident, although it did not say why.


Our Homeland Security Bureau is investigating the incident. Anyone with information is urged to contact (305) 471-8477. pic.twitter.com/ngNqNFXJ3n

In her arrest report from Saturday, Socolov is identified as Jewish. Last night, she told the Miami Herald that she could not be anti-Semitic because she herself is Jewish. She also claimed she'd shouted "you" — not "Jew" — at the man outside the Boca Raton restaurant, although the video clearly contradicts that. She told the Herald she was being "persecuted" by the viral video.