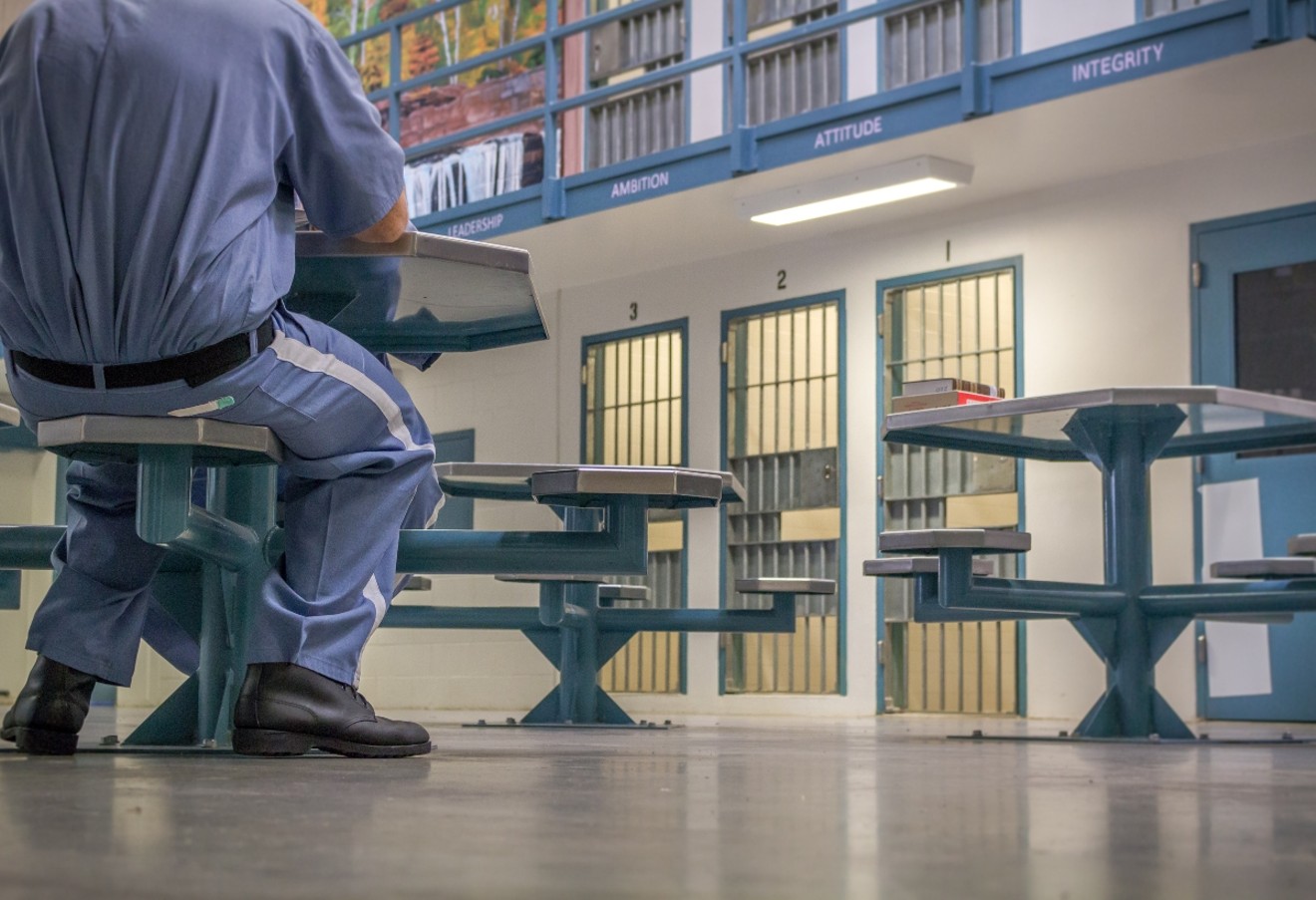 In a dense, 37-page document, the Florida Department of Corrections has laid out a series of new guidelines. Photo by Florida Department of Corrections
For seven long months, from March to October, inmates in Florida state prisons weren't allowed to have visitors because of concerns about the spread of COVID-19. Families and friends of the incarcerated instead turned to video-visitation services, despite having to endure frequent technological failures that cause the calls to freeze or cut out.

Now, as in-person visitation has resumed in a limited fashion, state prison officials are in the process of establishing more rules and regulations for video visitation, an industry that's all but certain to grow in coming years.

In a dense, 37-page document, the Florida Department of Corrections (FDC) recently laid out a series of guidelines that would force all inmates to accept a free state-issued tablet that the inmates could, under certain circumstances, become financially responsible for if the device is damaged or lost. The tablets will come from JPay, a Miramar-based private prison vendor that profits from services it offers on the "free" devices, including email, music downloads, and video visitation.

The state's document spells out some commonsense guidelines for video visitation, such as a ban on nudity. But other rules seem draconian. Under the proposed rule changes, inmates could be disciplined if they or their visitors use profanity, share news stories, send screenshots that include more than five words, participate in a media interview, or fail to stay seated for the duration of the call. Because the FDC plans to monitor all video calls, inmates and their visitors also must fill out a special form and secure permission to speak any language other than English, Spanish, or Creole, which would require finding an employee who could listen in and moderate in that language.

At a virtual meeting with corrections officials yesterday, friends and relatives of Florida prisoners expressed concerns about the implications.

One woman said it was ridiculous that her incarcerated family member could be punished if she leapt from her seat after being bitten by an insect. Another participant, Amy McCourt, said she doesn't understand why she can't walk around her home while on a video call.

"I want to show my loved one our new home," she said. "I feel like these [rules] are just unacceptable to me, as far as monitoring how my conversation and how my dialogue with my loved one goes, as long as it's not pushing the borders of aggressive and hostile and inciting."

Others said the rule stating that an inmate cannot refuse a tablet is unfair.

"That, to me, is questionable, especially when you then tell them that they are responsible for it," one woman said.

Some pointed out that inmate property is often damaged by officers during contraband searches, or even as an illegal form of punishment. Although the rules state that an investigation would take place if there was an accusation that a tablet was damaged by staff, many speakers at the virtual meeting expressed doubts and said they expected to be on the hook financially if anything happened to their loved one's tablet.

A woman named Dairine Hoban said the girlfriends, wives, mothers, siblings, and children of inmates would become "financially responsible for something that you provide and we do not have an option to opt out of."

"This is a neoliberal idea where you gain money and we pay for it," she told prison officials.

Speakers were also concerned that, under the proposed rules, inmates could lose video-visitation and other privileges if their visitors violate the guidelines, such as by using profanity.

"I don't understand how FDC wants to hold people accountable for what people on the outside are doing," said a woman named Myishea Jones.

Prison officials at the virtual meeting said they would take the commentary into account before finalizing the rules. They did not provide a timeline for when any changes would be made or when the rules would take effect.

Denise Rock, executive director of Florida Cares, an advocacy group for families and friends of incarcerated Floridians, tells New Times she's concerned that video visitation could someday replace in-person visitation, which has been shown to improve inmates' well-being and behavior.

"I don't consider this video a 'visitation,'" Rock says. "Do not mistake this quality for what you and I get on Zoom. It's more like watching the astronauts that took off in the 1970s. You spend the whole time asking, 'Can you hear me?'"

State Rep. Dianne Hart, a Democrat who serves District 61 in the Tampa area, says she too worries that the rule changes proposed by the FDC about video visitation could be foreshadowing an eventual shift away from in-person visitation.

"We just don't want them to replace in-person visits with complete video visits," she tells New Times. "We need to be firm and let them know that we absolutely don't want that."
KEEP MIAMI NEW TIMES FREE... Since we started Miami New Times, it has been defined as the free, independent voice of Miami, and we'd like to keep it that way. With local media under siege, it's more important than ever for us to rally support behind funding our local journalism. You can help by participating in our "I Support" program, allowing us to keep offering readers access to our incisive coverage of local news, food and culture with no paywalls.
Make a one-time donation today for as little as $1.