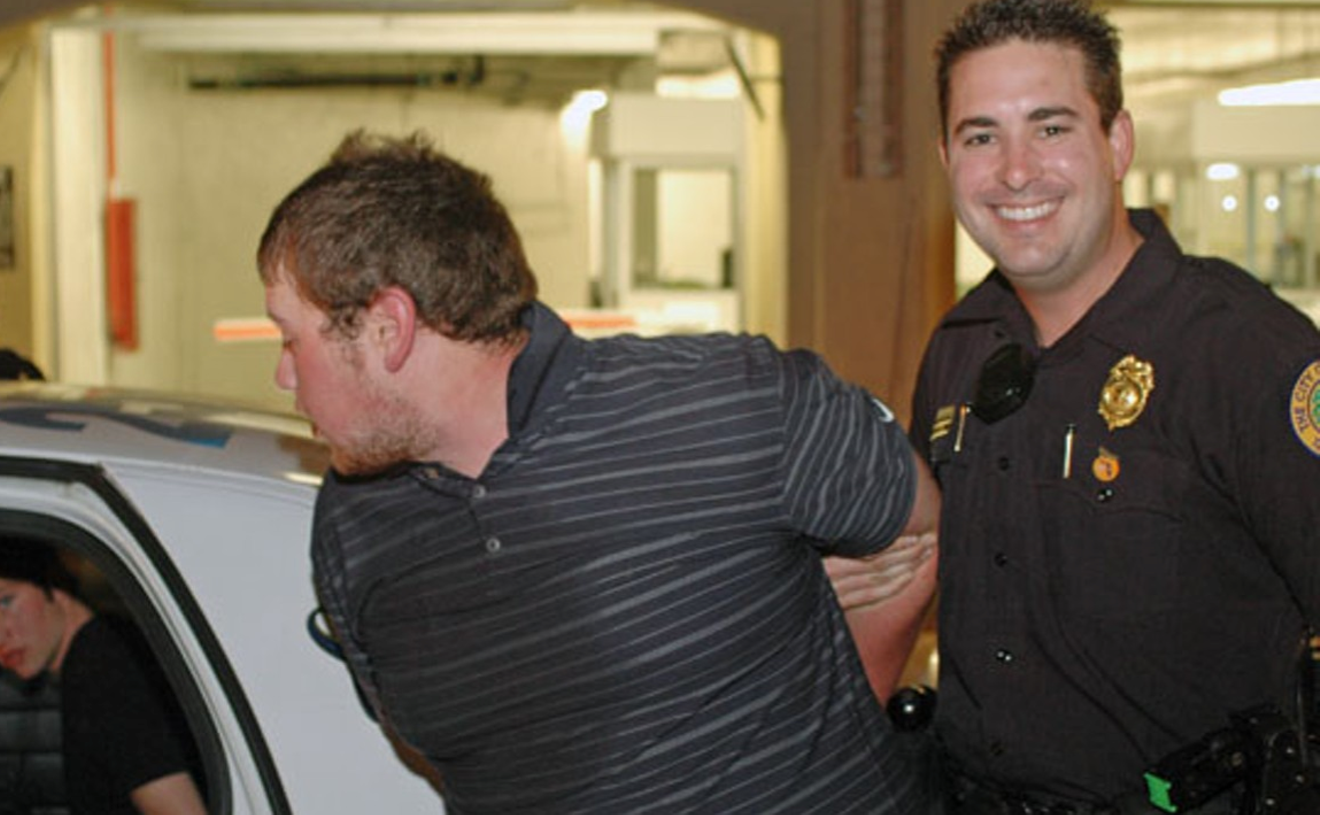 Capt. Javier Ortiz of the Miami Police Department Photo by Bill Cooke
After a yearlong suspension while he was under investigation by the Florida Department of Law Enforcement (FDLE) and the FBI, Miami's most controversial police captain, Javier Ortiz, returned to duty last month. Though no charges were brought against him, an investigative report by the two outside agencies outlines a pattern of Ortiz's alleged abuse of power against civilians that often went unchecked.

The sergeants alleged that during his tenure as an MPD officer and president of the Fraternal Order of Police union, Ortiz "engaged in a pattern of abuse and bias against minorities, primarily African-Americans" and has been shown favoritism by the MPD's Internal Affairs investigators, citing numerous citizen complaints against him that were dropped or allowed to exceed the required 180-day period for investigation.

A copy of the FDLE's 53-page report is attached at the bottom of this story.

From 2019 to 2020, FDLE investigators interviewed a number of people who had complained about Ortiz's misconduct and use of force, including Francois Alexandre, who alleges he was severely beaten and wrongfully arrested by police officers including Ortiz in 2013; Ruben Sebastian, who sued Ortiz and the MPD after Ortiz allegedly searched his car without a warrant during a traffic stop, arrested him for resisting an officer, and placed him in excessively tightened handcuffs; and Melissa Lopez, who recently won a $100,000 settlement from the City of Miami after she alleged in court that Ortiz had pushed her to the ground during Art Basel in 2017, leaving her with a fractured wrist.

Investigators also interviewed two people whose names are redacted from the report who allege that Ortiz "doxxed" them by posting their personal information, including their home addresses, to the law-enforcement internet forum LEO Affairs as a way of intimidating them and their families.

Ortiz has been known to dox his critics in the past. In 2016, he shared the phone number and Facebook photos of a woman who pulled over a speeding Miami-Dade cop, urging his social-media followers to call and harass her.

The report also questions Ortiz's long record of complaints compared to his rather negligible number of reprimands. From the time Ortiz was hired in 2004 until 2019, he racked up 44 citizen complaints, one driving complaint, and 18 use-of-force incidents. But Ortiz was formally reprimanded only twice and relieved of duty only once in that time.

The FDLE did not interview Ortiz, nor does the report show any record of the state investigators interviewing MPD's Internal Affairs officials or its top administrators regarding Ortiz's history.

The FDLE transferred the investigation to the FBI in October of last year, and the feds pursued civil-rights violation charges against Ortiz. But when the FBI turned over the case to the U.S. Attorney's Office, prosecutors conferred with the Department of Justice's Civil Rights Division, which advised there was not enough physical evidence to pursue criminal charges and not enough information from the interviews that fell within the five-year statute of limitations.

While no charges were filed and the FDLE did not issue a determination on Ortiz's alleged violations, investigators did concede that complaints against Ortiz have a tendency to go nowhere and that the MPD's version of events often doesn't match up with witness statements.

"Most of the charges against the victims were summarily dropped by Ortiz and the [MPD's Internal Affairs] investigations either exceeded the 180-day rule, or the facts of the case outlined in the investigations were different than the statements provided by the victims and witnesses," the report states.

In a recent interview with New Times, incoming MPD chief Art Acevedo said he has heard numerous reports of Ortiz's misconduct and intends to inspect the captain's record.

"I plan on reviewing all his cases and complaints — where there's smoke, there may be fire," Acevedo said. "I will take every action I can lawfully take to hold people accountable."