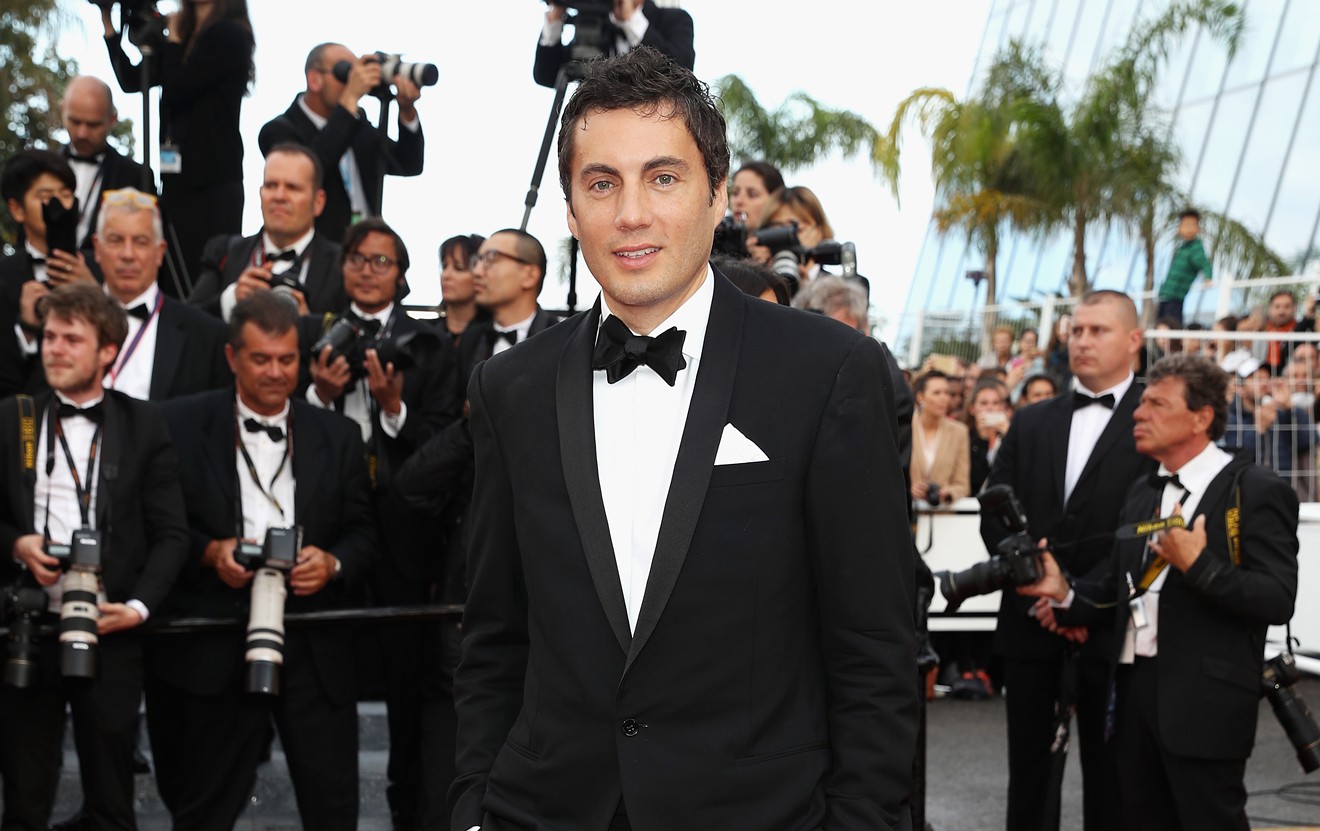 Republicans are not welcome at the Florida Democratic Caucus. Photo by Andreas Rentz/Getty Images
Fabian Basabe — a registered Republican and former "it" boy who recently declared his candidacy for Miami Beach City Commission —  says he arrived at the Hilton Miami Downtown on August 6 for the first day of the Florida LGBTQ Democratic Caucus' Let’s Get Loud summer conference. But shortly after he introduced himself over a microphone to the convention (and acknowledged that he was a “fiscal conservative”), Basabe says, three individuals who were working security for the event told him he “couldn’t be there" and promptly escorted him out.

Conference co-chair Javier Estevez defended Basabe's expulsion to New Times by citing the section of the Florida Democratic Party bylaws, which, although it doesn't explicitly bar Republicans, states that meetings and official events “are open to all members of the Democratic Party.” Organizers referred to Basabe and his group as “Republican activists.” The commission race Basabe has entered is nonpartisan.

Basabe says he paid $126 for three tickets to cover himself and two guests, and nowhere on the tickets or event page did it state that Republicans could not attend. The Florida LGBTQ+ Democratic Caucus refunded Basabe a few days later.

Basabe tells New Times he attended the conference in hopes of engaging with would-be constituents who are LGBTQ. If elected in November, he says, he plans to reach across the political aisle.

“Truthfully, I was just there to listen,” he tells New Times. “It was well-intentioned. I think what happened is unfortunate, and I certainly wasn’t aware there were bylaws in place that kept me from being there. So I apologize for that."

The caucus’ summer Let’s Get Loud conference took place August 6-8 and featured a full slate of speakers, including Democratic gubernatorial hopefuls Charlie Crist and Nikki Fried. In what organizers described as an unrelated incident the following day, a handful of others were also removed from the conference after barging into the event without paying for a ticket, all while chanting and snapping photos until law enforcement intervened.

Before announcing his run for commissioner, Basabe was featured in society tabloids, cavorting in New York's most popular nightspots with the city's young, rich and famous. He was dubbed the "male Paris Hilton" and photographed grinding with the then-president’s daughter, Barbara Bush, in 2004. He also appeared on the reality TV show Filthy Rich: Cattle Drive, which documented Basabe attempting hard labor on a Colorado cattle ranch.

But the husband and father says that's all behind him and that he's looking to give back to his Miami Beach community by running to replace Micky Steinberg as Miami Beach’s Group 1 commissioner — one of three commission seats up for grabs this election cycle.

When interviewed by New Times, Basabe affirmed his support for same-sex marriage and the rights of transgender Miami Beach residents potentially affected by the prejudicial legislation.

“I think anyone that is in love and getting married for the right reasons should have that beautiful opportunity. Creating a family is one of my life’s greatest achievements," he says. "I support all decent hardworking people who want to better their community and themselves. Additionally, I respect anyone’s journey towards self-discovery and I oppose discrimination."

From the drag performances to the gay bars, Miami Beach has long been considered a gay-friendly city. There's even an LGBT Visitor Center in South Beach. Connecting with Miami Beach's LGBT voting bloc is crucial for any successful commission campaign.

“Misunderstandings are expected in this world, and there's a lot of people with really strong feelings,” Basabe says of the conference snafu. “My arms are open, my heart is open, and my mind remains open. I'm here to help. Maybe they’ll formally invite me next time.”
KEEP MIAMI NEW TIMES FREE... Since we started Miami New Times, it has been defined as the free, independent voice of Miami, and we'd like to keep it that way. With local media under siege, it's more important than ever for us to rally support behind funding our local journalism. You can help by participating in our "I Support" program, allowing us to keep offering readers access to our incisive coverage of local news, food and culture with no paywalls.
Make a one-time donation today for as little as $1.