After Battling Self-Doubt, Jhay Cortez Finds His Confidence in Reggaeton 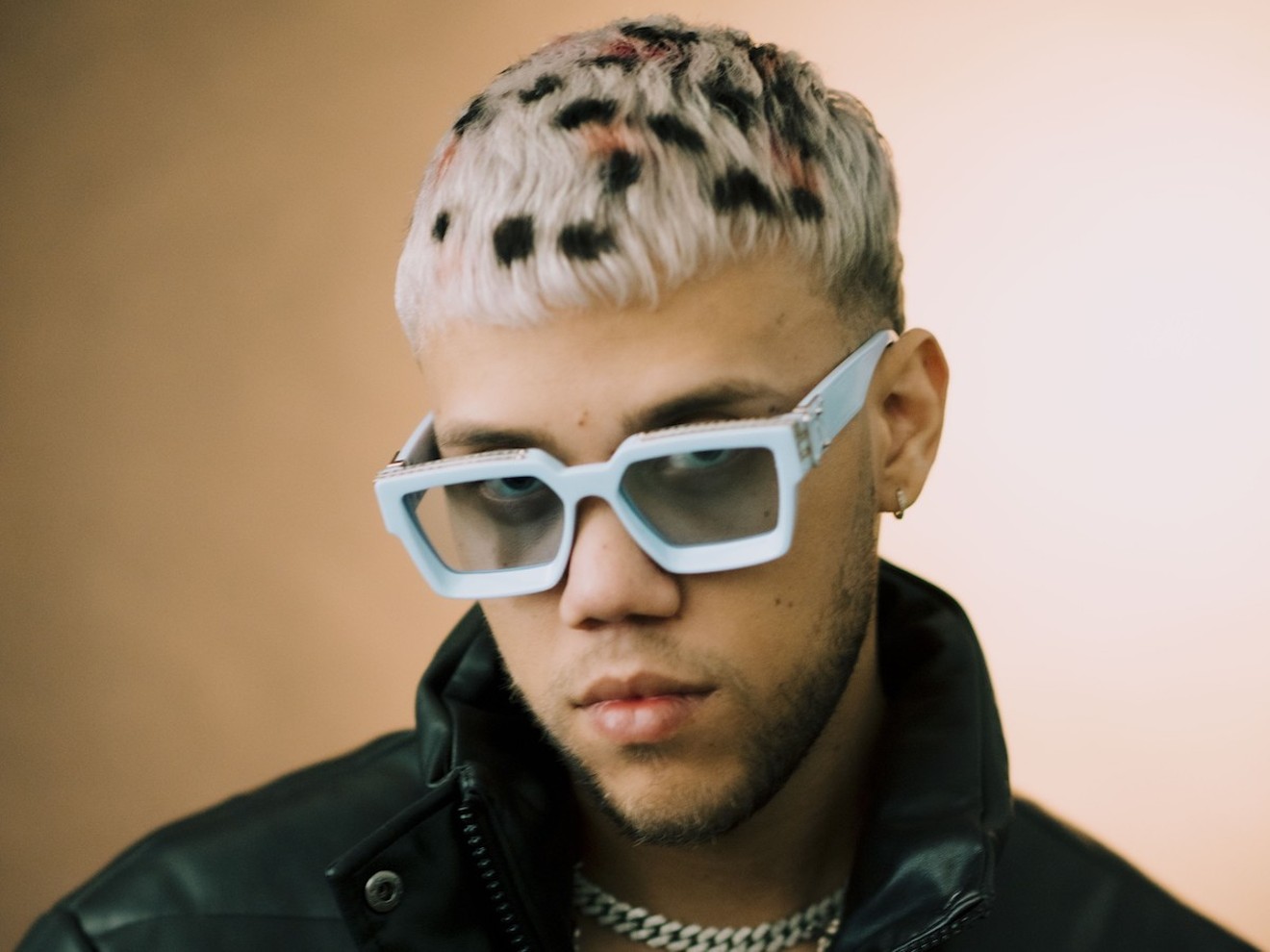 Jhay Cortez Photo by @teograph
It’s press day in Miami, and reggeaton songwriter-turned-singer Jhay Cortez is sitting with his legs spread on the rim of a flaming basketball hoop. The fiery setup — part prop, part background screen — is a callback to the Boricua’s new "Kobe En LA" music video in which he boasts Puerto Rico “loves me like Kobe in LA.”

Cortez’s always-changing bleached hair is mostly hidden under a ballcap, save for two blond extension dreads. He's sporting oversized, white-rimmed glasses, a slight departure from the shades that usually hide his eyes.

It’s hard to tell if the loud look and bravado, common in a chest-puffing genre such as reggeaton, is a disguise or his true colors. The 27-year-old — whose duet with Bad Bunny, "Dákiti," debuted this week at number nine on Billboard's Hot 100 — calls his appearance the “purest version” of himself and says it’s a reflection of his personality. But at the same time, he's a self-described introvert who admits he has battled self-doubt in the music industry.

Long before he had a hand in writing the 2018 Cardi B, Bad Bunny, and J Balvin banger "I Like It" and his 2019 Universal Latin Music Entertainment debut, Famouz, charted for over 60 weeks on the Billboard Hot Latin Albums chart, Cortez was a timid kid moving between Puerto Rico; Camden, New Jersey; and Miami.

"I was totally of the opposite of what I am right now," Cortez tells New Times over Zoom. "I was super shy — not that I talk a lot right now. I used to be real silent. I used to not believe so much in myself. It was a work in progress. [God] gave me those trials so I could become this person, and I’m really appreciative of it.
"Being around certain people who were always so confident and having artists that are superstars giving me support — if they believe in me, why not believe in myself? I should believe in myself more than they believe in me. That was the start of it."

Those superstars include frequent collaborators Bad Bunny and J Balvin. The two reggaeton heavyweights jumped on Cortez’s 2019 "No Me Conoce" remix and propelled the song to number 71 on the Hot 100 and over a billion views on YouTube.

Cortez will compete with and against both men at the 21st-annual Latin Grammy Awards, which takes place Thursday, November 19, at the American Airlines Arena in Miami. His collaboration with Balvin and Anuel AA, "Medusa," is nominated for Best Rap/Hip-Hop Song, and he cowrote  "Adicto" by Anuel AA, Ozuna, and Tainy, nominated for Best Urban Song. Cortez already has a Latin Grammy to his name for his part on Tito El Bambino’s 2011 album, Invencible.

“For me, it’s about hearing my music out there,” Cortez says. “More than awards, it’s about the love they give my music, my art. I do it really for the creative part, for the fun of it.”

That’s not to say he doesn’t like the accolades.

He also has an affinity for jewelry — just don't ask him how much it cost. (Cortez is flashy, but he's not that kind of flashy.) And when quizzed about how many YouTube views "Dákiti" has racked up as of Wednesday, he correctly guesses between 80 and 84 million.

Does he think "Dákiti" could become the biggest song of his career?

“Uh, I don’t think so. I hope not,” Cortez says, laughing. “Even before becoming an artist, I think I’ve always made great songs: 'Criminal,' 'I Like It,' 'No Me Conoce.' I think if I did it once, I did it twice, I can keep doing it. That’s just the mentality I have.”

The Latin Grammys air on Univision at 8 p.m.
KEEP MIAMI NEW TIMES FREE... Since we started Miami New Times, it has been defined as the free, independent voice of Miami, and we'd like to keep it that way. With local media under siege, it's more important than ever for us to rally support behind funding our local journalism. You can help by participating in our "I Support" program, allowing us to keep offering readers access to our incisive coverage of local news, food and culture with no paywalls.
Make a one-time donation today for as little as $1.