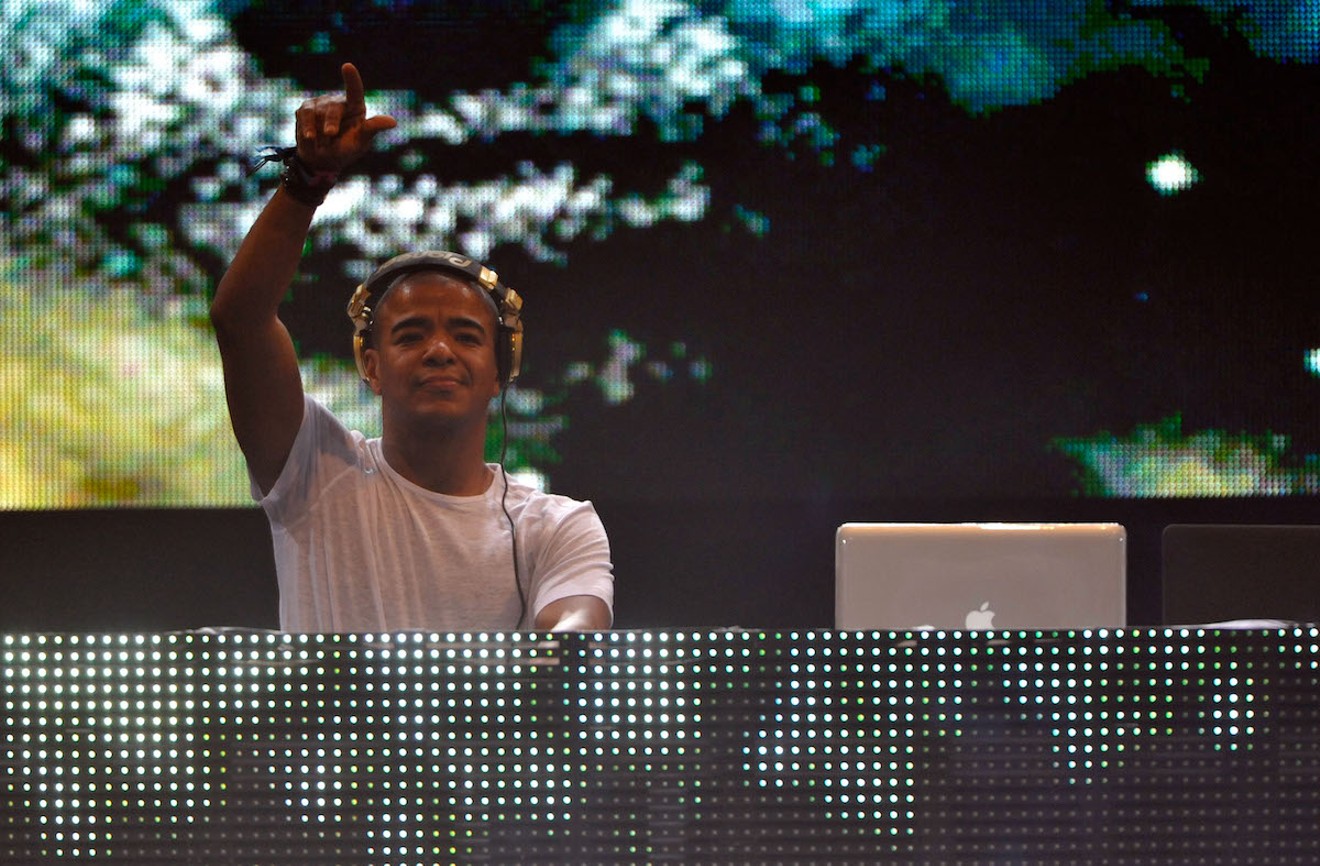 The Miami Beach Police Department is investigating Morillo's death, which TMZ reported earlier this afternoon. Police spokesperson Ernesto Rodriguez says the department got a 911 call today at 10:42 a.m. to Morillo's home on La Gorce Drive. Details about the death have not been released.

Morillo recently made news after he was arrested on a sexual-battery charge on August 6. According to police, a woman accused him of making sexual advances toward her at his home, which she refused, and later raping her last December.

Morillo pleaded not guilty on August 18. He was scheduled for an arraignment hearing on Friday morning.

Morillo, also a music producer and record label owner, was born in New York and grew up in Colombia and New Jersey. He started DJing as a teen and eventually became among the highest-paid DJs in the world. He is most popular for the international dance hit "I Like to Move It," which topped charts on several continents and appeared in Dreamworks' Madagascar movies.

On December 7, a woman called 911 to report she had been raped at Morillo's home. An arrest report says the woman told detectives she knew Morillo through the music industry. The caller told police that Morillo had invited her to join him and another woman at his house for drinks after a party that night.

The day police arrested Morillo, Local 10 reported that he and the woman were DJing at a private party on Star Island.

The victim told police Morillo and the other woman "appeared to have a physical type of relationship" based on how close they were inside and outside of the pool.

The victim told police Morillo made several advances toward her, "some sexual in nature," while in the pool, the arrest report says. She refused all of his advances. The victim felt Morillo was disrespecting her; she changed back into her clothes and told the DJ she would call an Uber to pick her up, the report says.

The alleged victim told police she stayed at the house after Morillo apologized for his behavior.

The report says the victim at one point left the home to smoke a cigarette and started feeling tired. When she went back inside, she found Morillo and the other woman asleep on a couch. The victim went upstairs to a second-floor bedroom, possibly Morillo's, and went to sleep, the report says.

The victim told police she went to bed fully clothed but later woke up undressed, with Morillo standing naked over her. She reported feeling pain and having "flashes" to him sexually assaulting her, the report says.

The victim "became very nervous," got dressed, left the home, and called 911. She was taken to a rape-treatment center for an evaluation.

Miami Beach police responded to the home and talked to Morillo.

On July 2, Miami Beach police received the results of the victim's sexual-assault test kit, which tied Morillo to the alleged assault.

Morillo turned himself in to Miami Beach police on August 5, almost eight months to the day after the woman called police.
KEEP MIAMI NEW TIMES FREE... Since we started Miami New Times, it has been defined as the free, independent voice of Miami, and we'd like to keep it that way. With local media under siege, it's more important than ever for us to rally support behind funding our local journalism. You can help by participating in our "I Support" program, allowing us to keep offering readers access to our incisive coverage of local news, food and culture with no paywalls.
Make a one-time donation today for as little as $1.