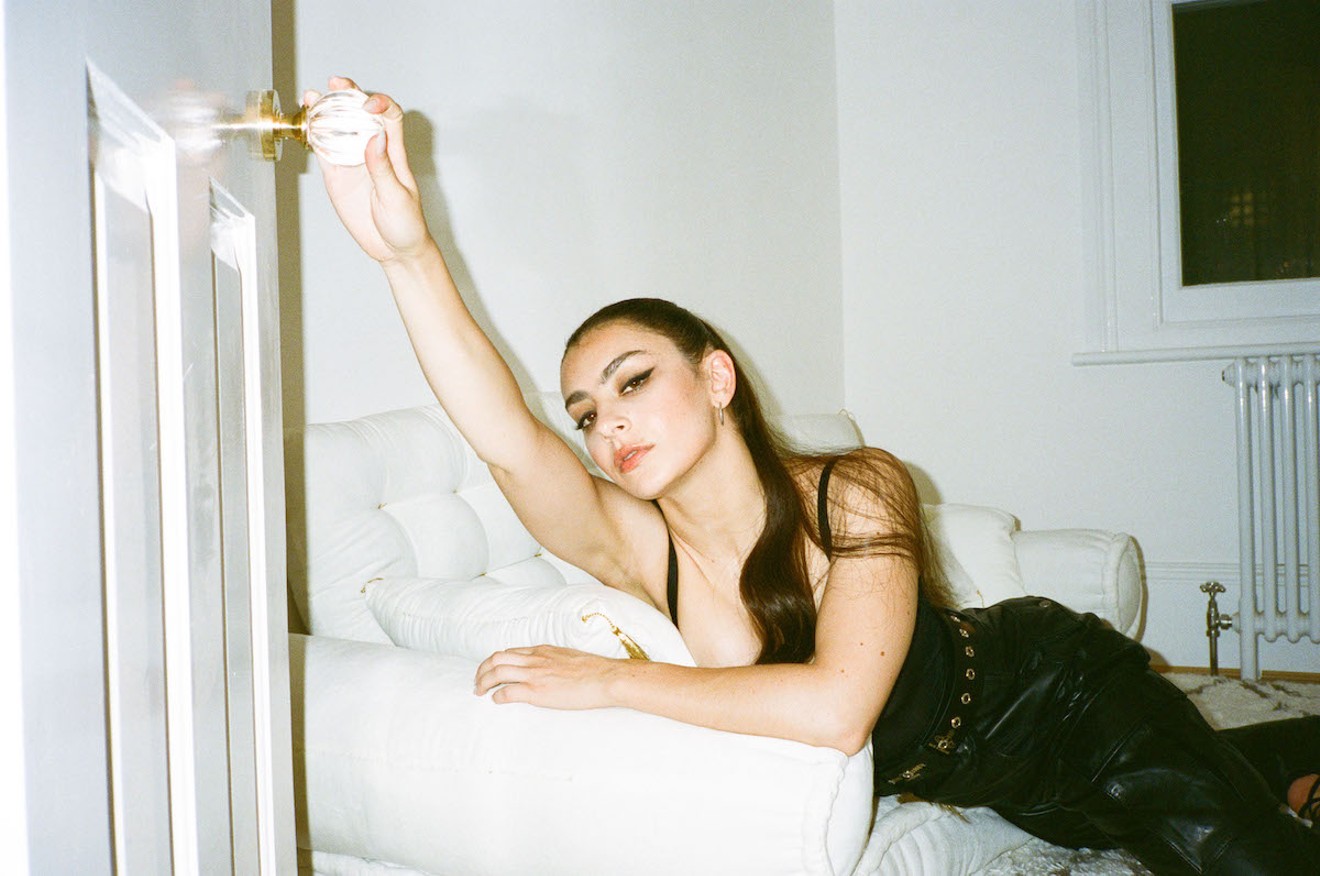 Why are you sleeping on Charli XCX? Photo courtesy of Atlantic Records
You've definitely heard of Charli XCX.

If your music knowledge skews to whatever's on the Top 40, you probably know her from that time she sang the chorus on Iggy Azalea's "Fancy." Or perhaps it was for her single "Boom Clap," which was featured on the soundtrack for the 2014 film The Fault in Our Stars. You may even recognize her from Icona Pop's "I Love It," which she wrote.

Delve a little deeper, and you'll also find out she's written songs for Bella Thorne, Will.i.am, Blondie, and, most famously, Shawn Mendes and Camila Cabello, who topped the Billboard Hot 100 with "Señorita."

But all of that still pales in comparison to the work she's been putting out herself. Since breaking out with her 2013 debut, True Romance, the British singer has evolved to one of the most exciting figures in pop music today.

Charli XCX's transformation to pop prodigy really came in 2016 with the release of her EP, Vroom Vroom. That's when she linked up with the then-emerging producer Sophie and PC Music label head A.G. Cook, who also signed on to be her creative director.

After that, she amassed a constellation of collaborators who helped her create the kind of pop music she longed to hear. Charli's pop is maximalist, repetitive to the point of annoyance, and experimental — and somehow, it all works. In Charli's wake rose the term "hyperpop," which has come to describe the exaggerated take on pop music that seems destined to be the big thing five years from now.

While you wait for the world to catch to Charli XCX's genius, here's a primer in the form of six must-listen tracks.

The track that started it all. Charli had already proved she was a skilled songwriter with vocals to match. But Atlantic, her label, seemed to be pushing her in a Katy Perry-esque direction. In retrospect, "Vroom Vroom" came to signal Charli's desire to move away from Top 40 potential and challenge listeners to see a different side of pop. The production is 100 percent Sophie, complete with rubbery squelches and metallic clangs. The crystallization takes place in Charli's vocal delivery, which seems to soar above the chaotic melodies — soon to become a signature for the singer. No matter how loud everything gets, Charli is always front and center. Even when the lyrics get stupidly nonsensical ("All my friends are princesses, we keep it whipped and creamy/Ice cubes on our tongues, because we like to keep it freezy"), she delivers them with such conviction and attitude that all is forgiven.

If you've been on TikTok the past few months, you've probably heard "Unlock It." (Even the platform's stars, Addison Rae and Charli D'Amelio, took part in the #UnlockItChallenge.) But the track has been a fan favorite since its release in 2017 as part of Charli XCX's Pop 2 mixtape. It features Kim Petras, another hyperpop act equally adored by Charli's fan base.  Putting them together makes for a euphoric collaboration that's unapologetically over the top. Cook and Life Sim's production is topnotch, with Jay Park's rapping the sole weak point. Still, that's not enough to sink this sweetly artificial — in a good way — track.

If there's one track that encapsulates Charli's pop-futurism mentality, it's Pop 2's tenth and final track, the aptly titled "Track 10." The track was actually given a more "polished" production for her 2019 album, Charli, and renamed "Blame It on Your Love." Stripped of its original charm and featuring an unnecessary bridge by Lizzo, it only serves to highlight the greatness of the Pop 2 version. "Track 10" sparkles with chirpy textures and rumbling bass as Charli laments, "I blame it on your love/Every time I fuck it up/I blame it on your love, I do." The song ends with a cataclysmic wall of sound courtesy of Cook, Lil Data, and Life Sim, alongside what now has become the singer's signature call-and-response, "Eh-eh-X-C-X/Charli!" It's as perfect as a piece of experimental pop can get.


"Gone," featuring Christine and the Queens

The best Charli XCX songs are the ones where her collaborators bring out the best in her, and vice versa. When she linked up with French singer Christine and the Queens on the third single off her 2019 album, Charli, the creative chemistry was evident from the get-go. "Gone" is essentially a song about social anxiety and the pressure of always feel like you need to put on a happy face even when it's killing you inside. "Why do we keep when the water runs?/Why do we love if we're so mistaken?/Why do we leave when the chase is done?" Charli and Christine ask themselves in the chorus. The track stutters and clangs, feeling at times claustrophobic and wanting to burst out of the box it's stuck in. It's a song that's painfully honest and relatable — and in a better world it would have risen to the top of the charts.

Stuck in her Los Angeles home during quarantine, Charli XCX challenged herself to write and record an album in the span of six weeks. The result was How I'm Feeling Now, one of the first lockdown albums that captured the anxiety everyone was feeling. It garnered such critical acclaim that it was shortlisted for the 2020 Mercury Prize — a first for the artist. While there are plenty of tracks on that album that deal with the nervous energy everyone felt at home, it was the pleasure-seeking single "Claws" that stood out. "I like, I like, I like, I like, I like everything about you," Charli sings ad nauseam. It's one of several songs on that album that deals with her relationship with boyfriend Huck Kwong. Collectively, they tell a story of struggling to settle down, infatuation, commitment issues, and acceptance. "Claws" is a highlight because it's a track that's so abrasive — even with the cloyingly sweet lyrics — that it shouldn't work, but against all odds, it does.

Released only a few weeks ago, "Xcxoplex," is the best example of why A.G. Cook and Charli XCX complement each other so well. A remix of "Xxoplex," off Cook's 2020 album Apple, "Xcxoplex" takes the frenetic energy of the original and transforms it into a contemplative hyper-ballad. "Even if nothing glows/There's light inside my bones/It fills me up with feeling," Charli sings on the track. The track meshes Cook's pop-futurism production with some of Charli's best vocal work. It also proves that even after all these years, the pair still have a vision to alter the pop-music landscape.

Wynwood Pride. With Charli XCX. 5 p.m. Friday, June 18, at the Oasis, 2335 N. Miami Ave., Miami; oasiswynwood.com. Tickets cost $80 to $150 via oasismiami.tixr.com.
KEEP MIAMI NEW TIMES FREE... Since we started Miami New Times, it has been defined as the free, independent voice of Miami, and we'd like to keep it that way. With local media under siege, it's more important than ever for us to rally support behind funding our local journalism. You can help by participating in our "I Support" program, allowing us to keep offering readers access to our incisive coverage of local news, food and culture with no paywalls.
Make a one-time donation today for as little as $1.