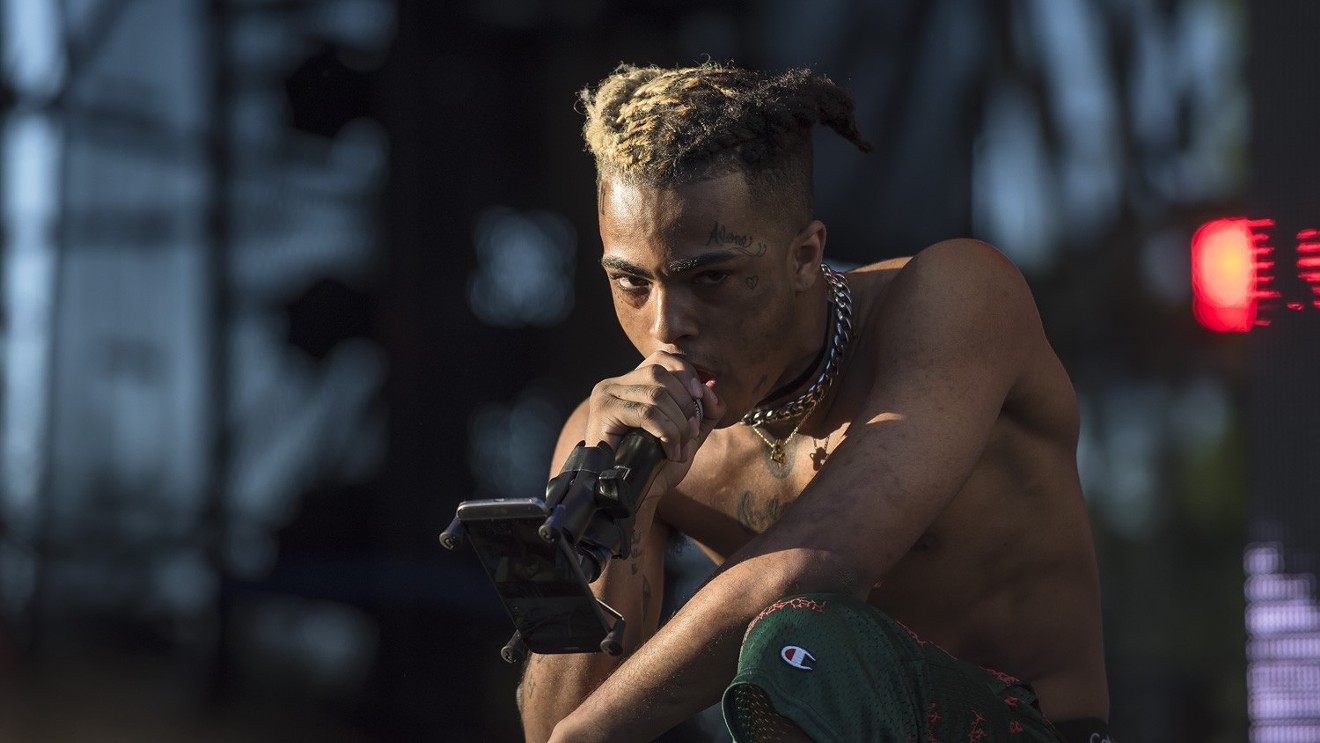 XXXTentacion performs at Rolling Loud 2017. Photo by Alex Markow
Each year, hip-hop magazine XXL releases its annual "Freshman" list, which shines a spotlight on up-and-coming rappers that inspires fierce debate among fans. Last year's list included two Florida entertainers: Carol City's Denzel Curry and Pompano Beach's Kodak Black. This year, only one Sunshine State native made it onto the list, but he might be the most controversial choice in years. He's from Broward County, and his name is XXXTentacion.

Hailing from Lauderhill, the bizarrely named rapper born Jahseh Onfroy became an overnight sensation earlier this year thanks to his debut single, "Look at Me!," which peaked at 34 on the Billboard Hot 100. Even more impressive are the song's SoundCloud stats: nearly 80 million plays.

Onfroy, however, is just as dogged by violence and criticism as he is successful. He has an extensive criminal record: The most recent charge stems from an assault on a pregnant girlfriend. He was still in jail when "Look at Me!" began to garner attention. Most people first see him in his mug shot: pale skin, piercing eyes, the right half of his midlength dreadlocks dyed blond. This history of violence is reflected in his music — blown-out bass, metal samples, and obscene lyrics about blowjobs in Starbucks bathrooms — and his shows, where fans have rioted and assaulted performers. His nickname for himself is "Young Dagger Dick."

Perhaps because of this checkered past and incendiary music, he's a natural to be featured by XXL. He's in the vanguard of the so-called SoundCloud rappers, a group of artists who bring a lo-fi, punkish sound and attitude to hip-hop. Almost all of these rising sensations, such as Lil Pump, Wifisfuneral, and Smokepurpp, are South Floridians, making their style a local trend turned national sensation. "Though by every measure a noise unlike anything on the radio," Rolling Stone recently wrote of the close-knit scene, "XXXTentacion and his peers may become rap's new standard."

Whether or not this happens, Onfroy's status as an XXL Freshman marks his place in hip-hop history. Although the list has launched careers, a mention in the magazine does not guarantee success. Past freshman lists have included current A-listers such as Kendrick Lamar and Future, underground sensations like Danny Brown and Vince Staples, and also-rans such as Lil Dicky and Iggy Azalea. XXXTentacion's fellow 2017 Freshmen include Playboi Carti, Ugly God, MadeinTYO, Kamaiyah, and a bunch of dudes no one has ever heard of. Who the hell is Kap G?