A good bánh mì isn't hard to find. By nature, the Vietnamese specialty sandwich is hard to mess up. It's the details that set a great bánh mì sandwich apart from lesser versions. Baguettes that are crusty on the outside and soft on the inside, crisp pickled veggies, and fresh proteins are the what you need to perfect. Bánh Mì 2020 in Sunrise nails all these things and then some, improving upon the greatness that is the location's sister restaurant, Huong's Bistro, located seven miles to the west in Lauderale Lakes.Bánh Mì 2020 offers a half-dozen other Vietnamese sandwiches, including a vegan version, and you'd be hard-pressed to find better in all of South Florida. 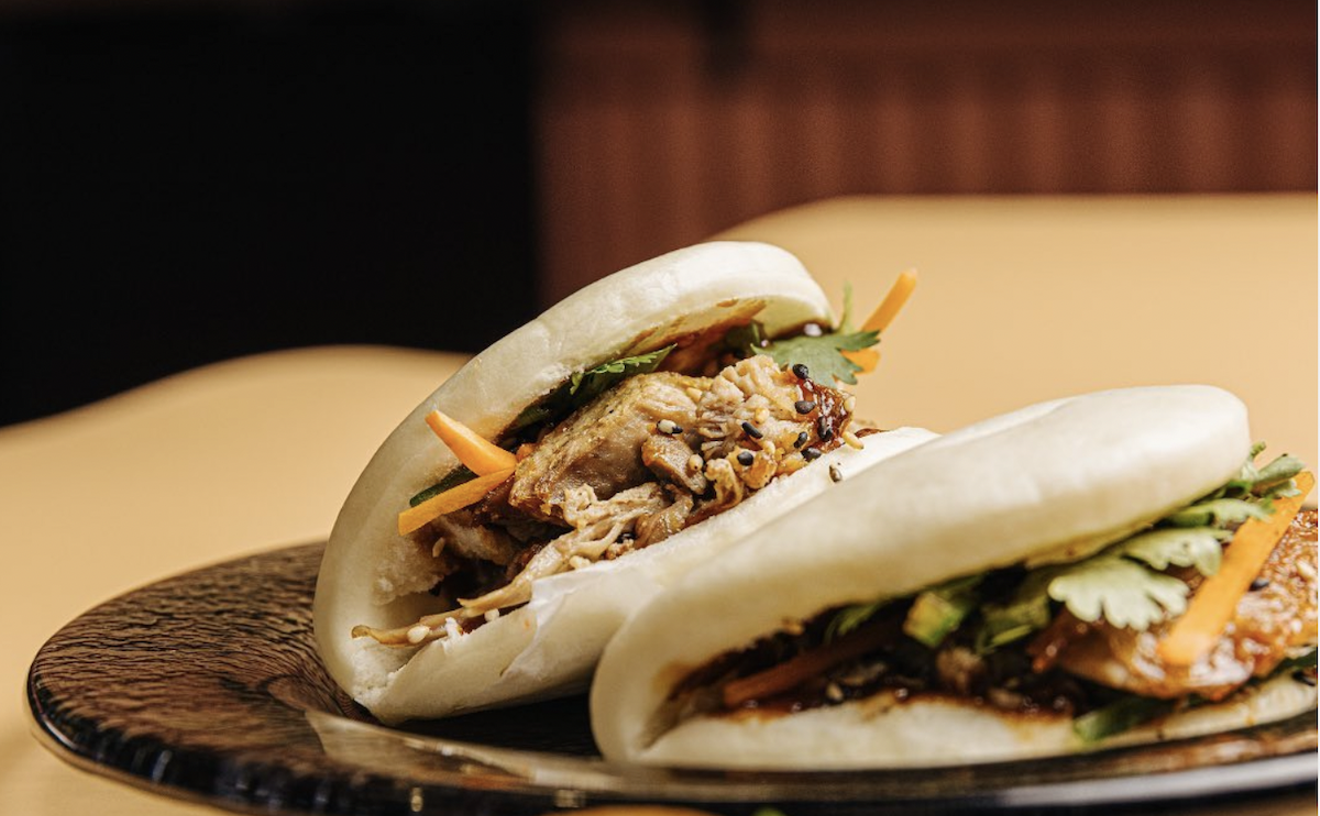 At Duck 'N Sum in Coconut Grove, Cantonese-inspired dishes reach a new level of satisfaction. Don't let the name fool you — there's no dim sum here, just really good Asian fusion. That's especially true of chef/owner Raymond Kasprzak's sublime interpretation of duck fried rice. The rice is light and fluffy, whisked in a hot wok with just a hint of sesame oil before it's topped with still-crisp vegetables, a Chinese tea egg, and a heaping pile of fragrant roast duck. Kasprzak loves duck, as evidencedby the 48-hour process it takes to roast two styles — Cantonese (marinated with star anise, Szechuan pepper, and licorice root) and Peking (tender, juicy meat beneath crisp, crackly skin). Both create the base for most of his dishes, which range from riffs on bao buns and spring rolls to noodles and sides made with spicy veggies.

The family behind Su-Shin Izakaya has been treating Miami's sushi-loving masses to an authentic izakaya experience for decades. When the restaurant opened in the late 1970s, the utilitarian space was one of the few spots to offer Japanese cuisine — a time when the notion of eating raw fish was still considered an exotic indulgence. Over the years, Su-Shin became known for its unique specialties and gastropub-like ambiance, presenting adventurous diners with Japanese foods they'd be hard-pressed to find elsewhere, served alongside plenty of beer and sake. Today, that philosophy persists, with a menu that offers a dizzying array of authentic dishes best enjoyed in a tapas-like fashion — and all of it still affordably priced. Ten sections in all, the list covers everything from maguro natto (sliced raw tuna atop fermented soybeans) and tosazu vinegar-marinated fish to the familiar grilled or tempura-fried items, hot pots, noodles, and katsu. If that doesn't float your boat, a list of daily specials — typically fresh seafood sourced directly from Japan and served as sushi or sashimi — is always filled with surprises. 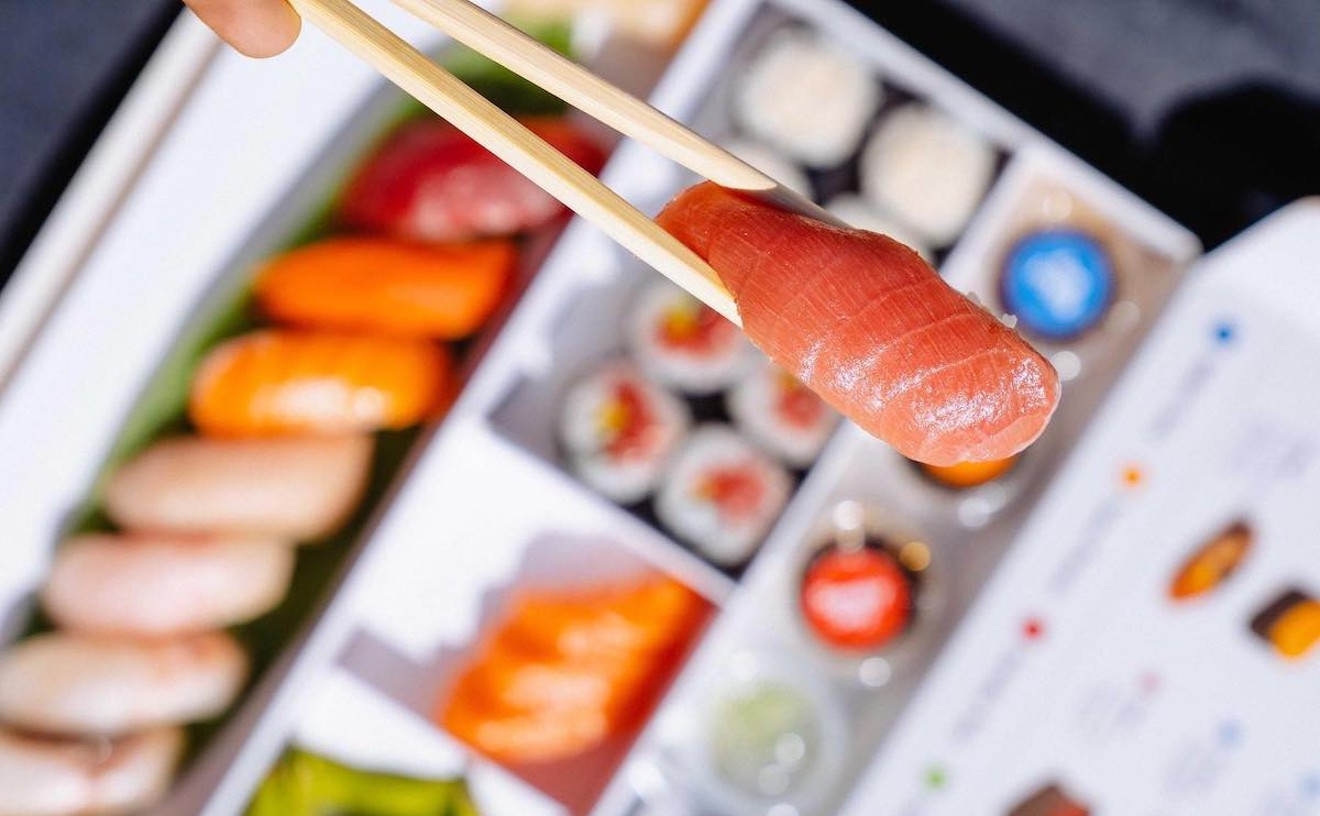 The Magic City is showing an impressive penchant for sushi, attracting world-renowned chefs and a growing number of elite omakase experiences. In Miami, a standout is Omakai, founded by three friends who lamented the area's dearth of reasonably priced sushi. To offer a more affordable omakase experience, you have a choice of three multicourse options that begin with seasonal-themed appetizers and sashimi followed by an assortment of sushi and hand rolls. We suggest you go with the "Oma Deluxe" — a ten-course progression that goes down even better when paired with one of the restaurant's four seasonal sake flights. A vestige of those pandemic days, there's even the brand's own "Home-akase" offering, a specialty to-go menu box that brings the Omakai chef-curated experience to you.

Walking into Tony and Jenny Chan's restaurant, Chang's Chinese, feels like you're being transported to a hole-in-the-wall Cantonese eatery in Hong Kong. Instantly, you're met with a sea of fresh fish to choose from, hand-drawn menus of daily selections on the wall, and the unforgettable sound of ingredients being tossed in a wok. Everything is made for the purpose of encapsulating the smokiness of the "wok hei" flavor profile, a key element in traditional Cantonese dishes. Menu highlights include salt-and-pepper tofu, stewed eggplant with minced pork, steamed fish, and beef hor fun. One meal at Chang's will change your perceptions of Chinese food forever. 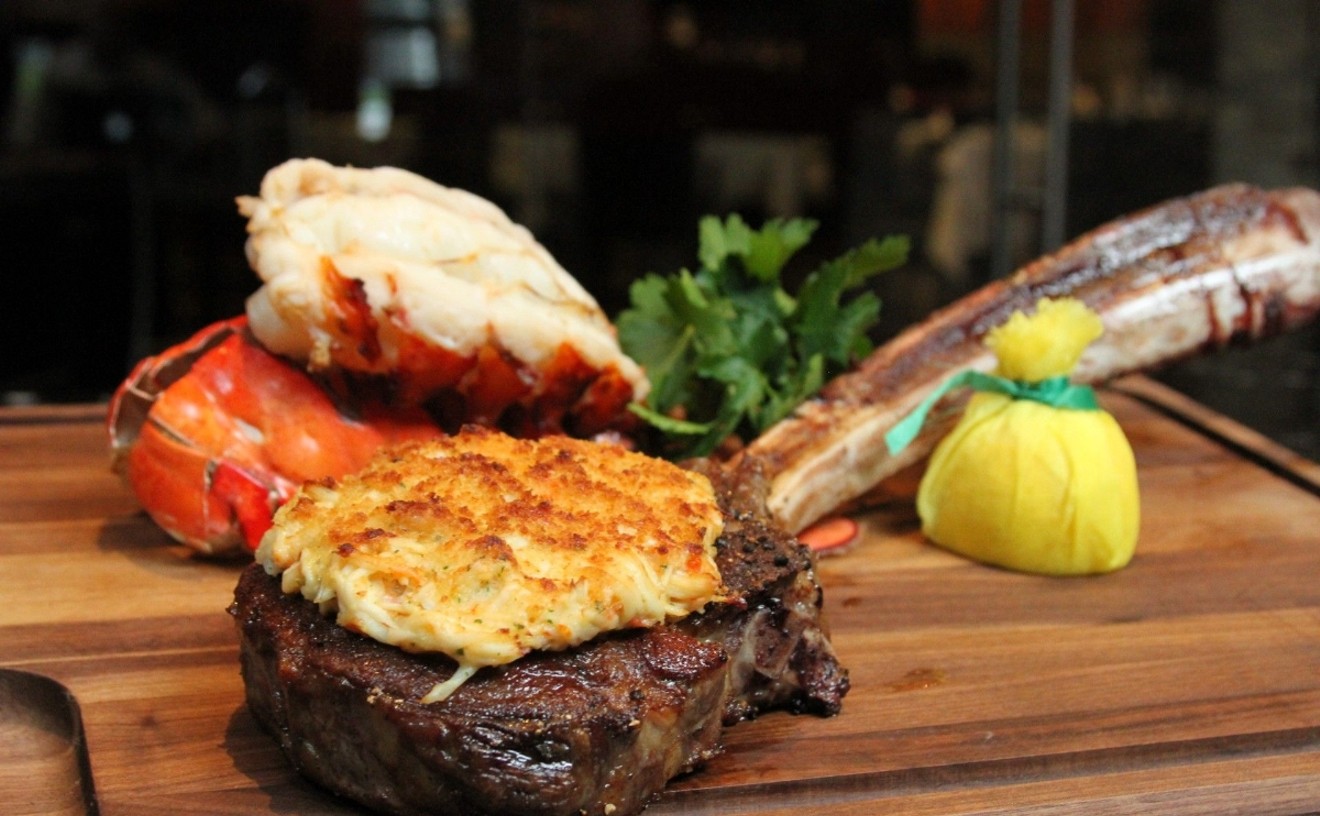 Photo courtesy of Red the Steakhouse

For years, Miami chef Peter Vauthy has blessed the Magic City with Red South Beach, his take on the steakhouse experience. Since opening in 2008, the restaurant has become known as the place to go for high-end meat and impeccable service. Eager to offer guests a new and improved location with outdoor dining, Vauthy's new SoFi space sports an impressive wine wall and a glass-enclosed VIP room. One thing that hasn't changed: the chef's signature menu, filled with twists on classic steakhouse dishes. While you can find familiarity with an iceberg wedge salad and steak tartare, it's Vauthy's offbeat offerings — like the meat-and seafood-stuffed pasta dishes (think lobster fra diavolo or meatballs atop bucatini and smothered in his signature "Red Lead" sauce) — that truly shine. But the real lure is reserved for the carnivores –– Kansas City strips, cuts of Miyazaki wagyu, a foie gras-stuffed veal chop, hearty racks of lamb. Each can be paired with Florida creamed corn or house-made Parmesan-crusted tater tots. The bar boasts an award-winning wine list and signature handcrafted cocktails for the perfect marriage of food and drink. Will wash away all your troubles

Because the Florida fish fry

Is local and caught on the fly

Because you just can't be sour

It's one thing to go to a food hall for stone crabs and a dozen oysters. Any decent raw bar, no matter where it's located in South Florida, should stock plenty of those. But the Shores Miami goes above and beyond, filling the case in its fish market with delicacies that range from live Japanese softshell crabs to Hokkaido scallops to Florida rock shrimp. There's always whole local fish fillets ready to be cooked for you as well — or to take home to your own grill. And no joke: Its New England clam chowder rivals anything you can find up north. (The best part is that you don't have to be cold and miserable to enjoy it.) 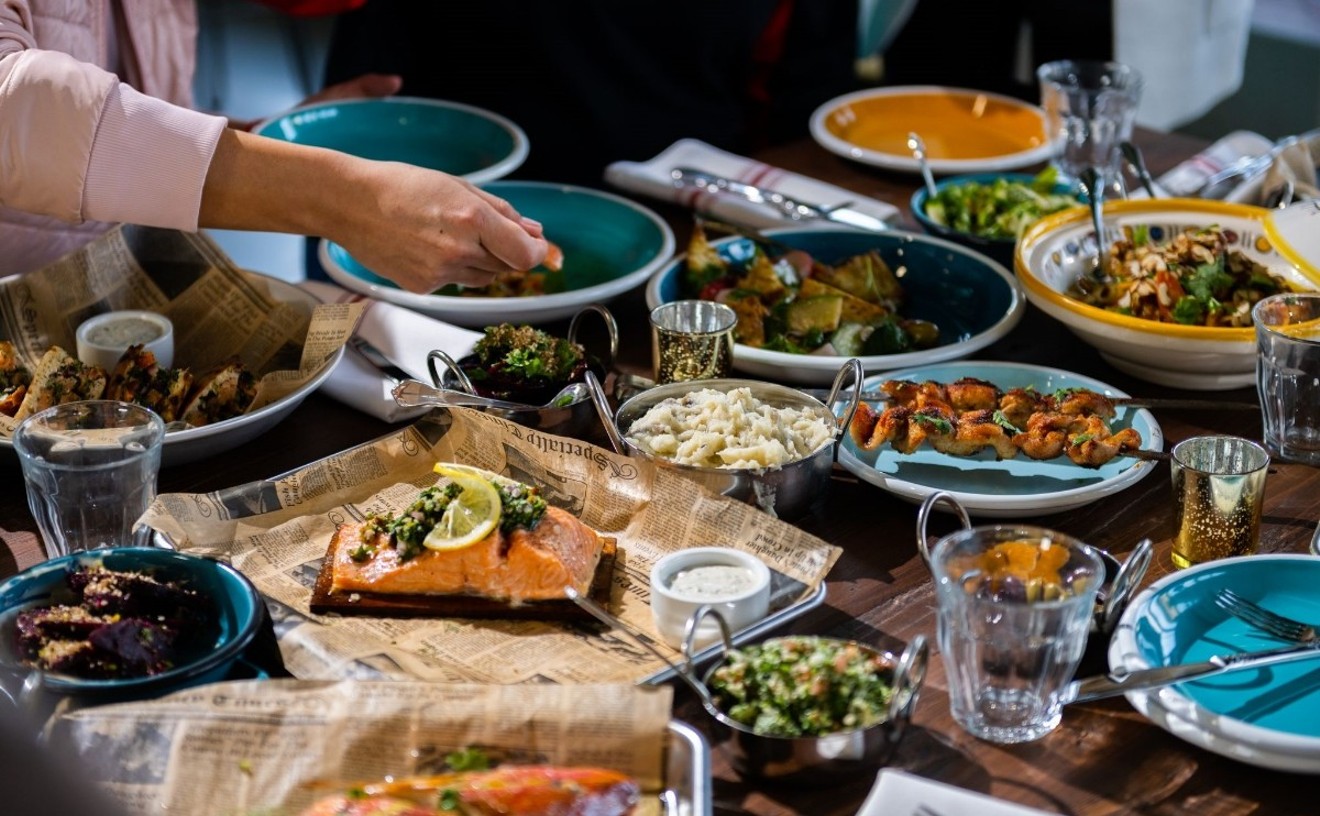 Say you're presented with a whole, turmeric-infused roasted cauliflower head dressed with tahini and cilantro sauce with a large knife sticking out of it. You might suspect then you're not in for the typical Glatt kosher experience and you'd be correct. Chef Yaniv Cohen, also known as the Spice Detective, opened his first Jaffa in Mia Market, then followed it with a full-scale operation just over the county line in Hallandale. Named after a port district in Tel Aviv, Jaffa offers Cohen's Israeli-influenced intriguing takes on mezze, stuffed pitas, tagines, kebabs and chops, fish dishes, and more. Vegetable-forward and dairy-free, with items like labneh made from coconut, the fare here is both impressive and inventive, and heralds the Israeli food trend coming our way. 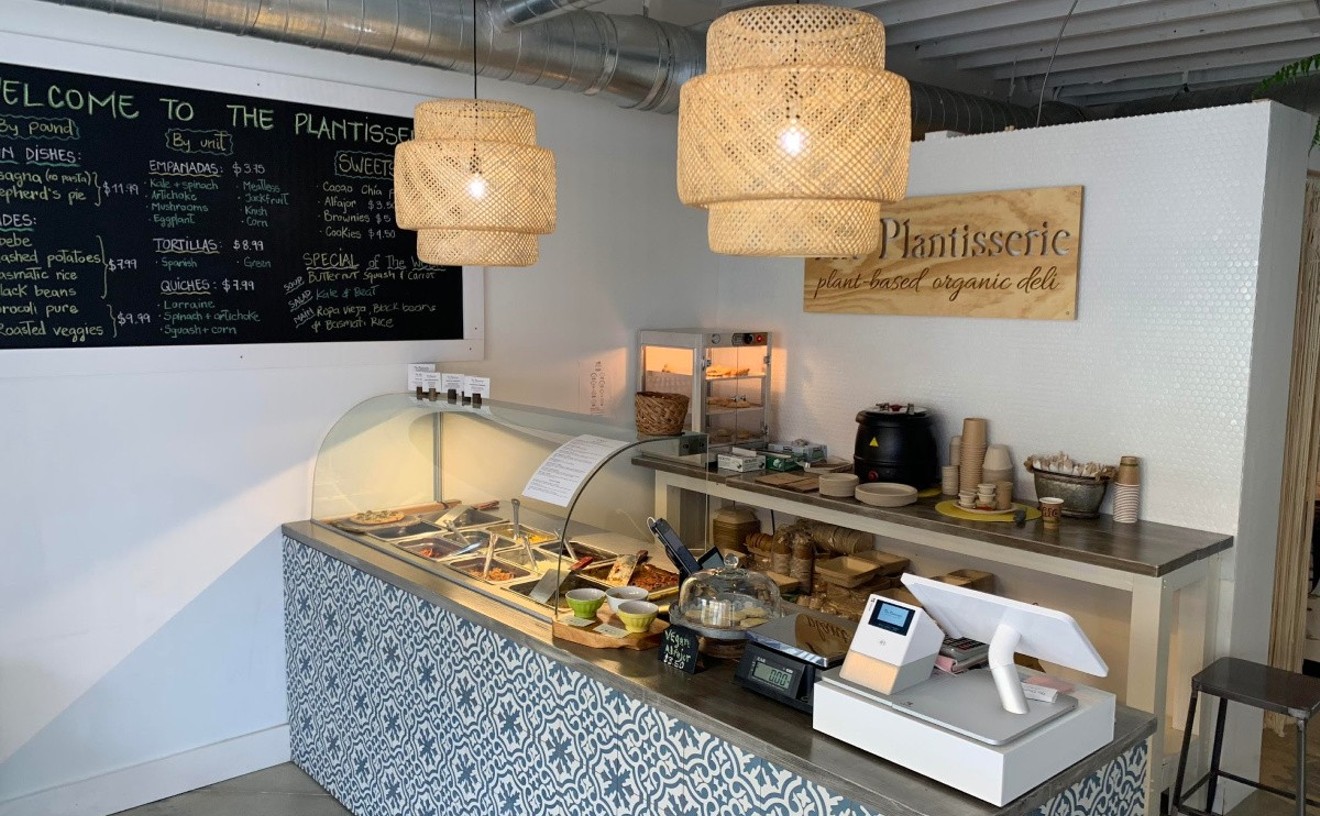 Photo courtesy of the Plantisserie

Open since 2015 in Miami's Little River neighborhood, the Plantisserie remains one of the best-kept secrets in Miami. The Little River vegan deli and market offers delicious organic plant-based fare, from tuna salad to lasagna to shepherd's pie, all made without meat (and you'll never miss it). The charming, plant-filled space also offers wine and beer, enhancing this hidden jewel.