Like you, we cringe at the notion of having to leave Miami-Dade County to shop for groceries. That said, we'll do it in a heartbeat for a trip to Kim and Lee Oriental Market in Lauderhill. Known to many as simply "Oriental Market," Kim and Lee is predominantly a Korean grocer, but it's sure to meet your Japanese, Chinese, Vietnamese, and Thai needs as well. If you arrive early enough in the day, there'll still be fresh-made kimbap and japchae, but a word to the wise: It sells out quickly. If you're tardy, though, don't fret. There's also an entire wall of freshly made kimchi and banchan of all types, ranging from snack-size containers to full-on gallons. This place is the closest you'll get to South Korea in South Florida.

Best Place to Dine With Dogs 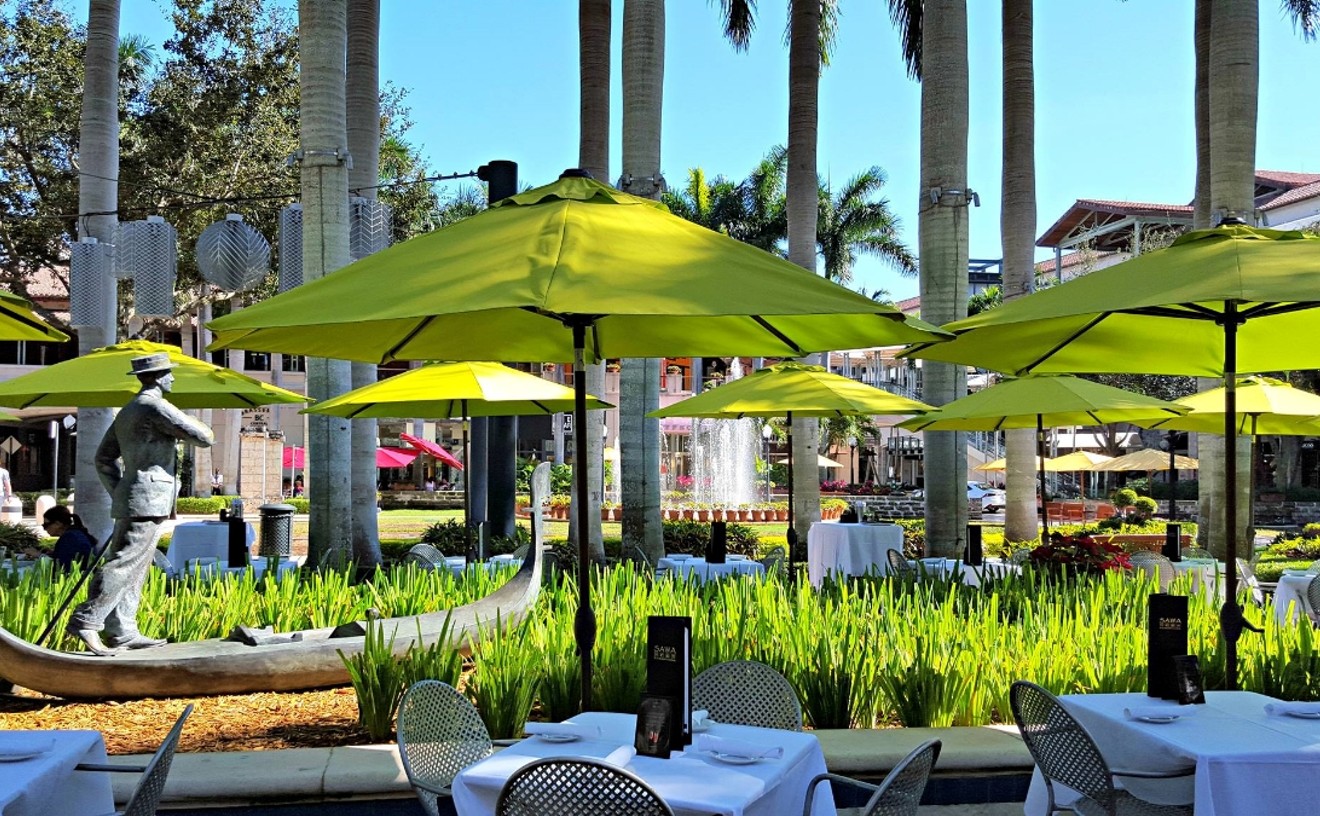 Anyone on a dating app knows: Your dog is your best date. They're great company, provide plenty of hugs and kisses, and when it comes time to pick a place for dinner, they don't quibble with your choice. That's why Sawa Restaurant & Lounge is the perfect place to treat yourself and your pampered pooch. Located in the Shops at Merrick Park, Sawa has a beautiful outdoor courtyard with bright yellow patio umbrellas that provide shade. You and your furry friend will each have your own dedicated menu. Your pup can start with tapas of gourmet baked biscuits or grain-free jerky strips before digging into the main course: chicken breast, steak kebab, or an Angus burger patty, all fresh off the grill. Add a side of rice (white or brown) and you've got a dish fit for a prince(ss). For dessert, there are frozen doggie cups for your best mate while enjoy ice cream, cake, house-made baklava, or another glass of roe. 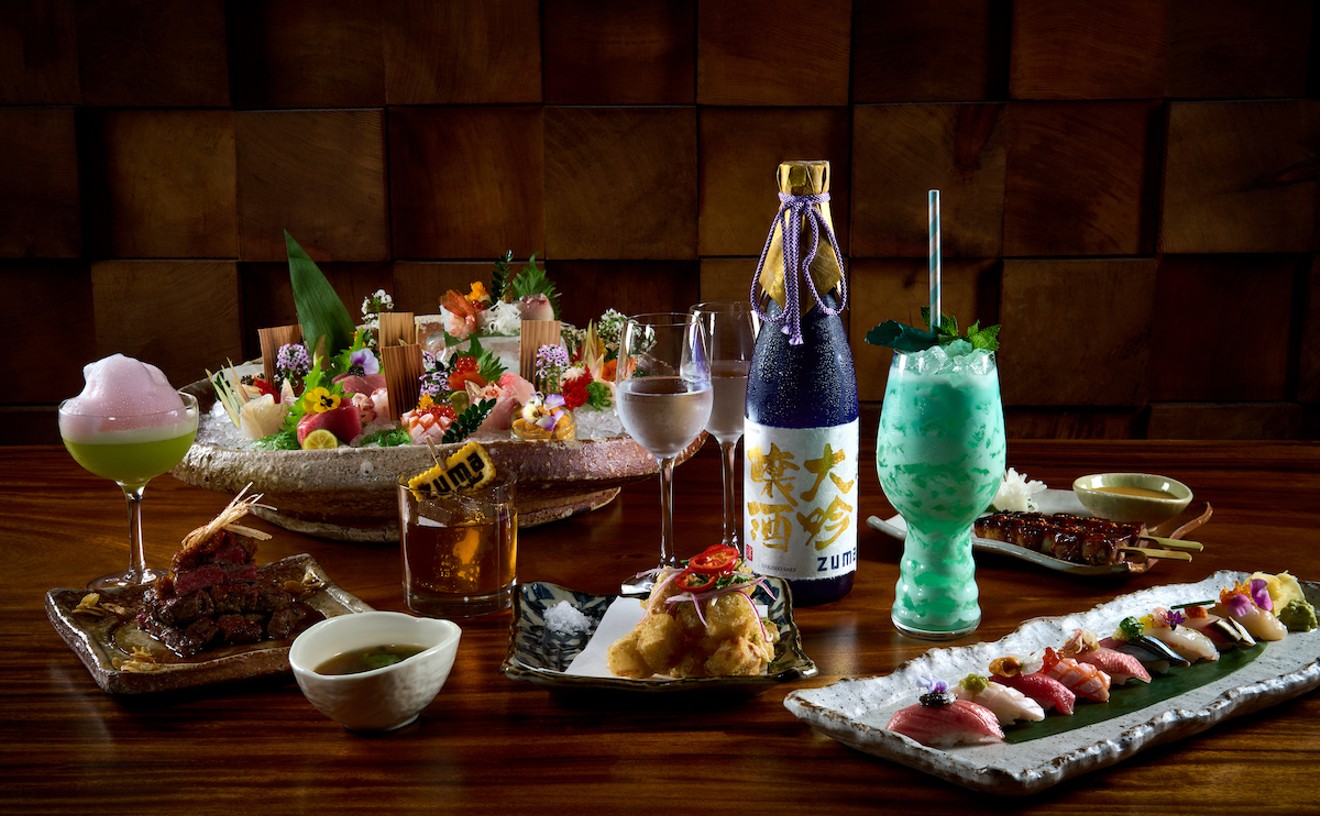 During the pandemic, some of us learned new languages, taught ourselves to play a musical instrument, or picked up a hobby like, say, needlepoint. And the rest of us just became drunken couch potatoes (which, to be fair, sounds like a decent dish). The team behind Zuma got constructive, embarking on a redo to mark the restaurant's tenth anniversary. The izakaya-style spot in the Kimpton Epic Hotel (also newly renovated) near the mouth of the Miami River downtown now features a host stand and DJ booth, both crafted from enormous planks of Indonesian trees. The bar's suspended shelving and acid-etched glass wainscoting is echoed in the hanging bamboo poles and glass façade that leads to the patio. And if you want to sit on the waterfront terrace and relax — it's all new furniture and greenery out there, too.

Best Restaurant to Die in the Past Year 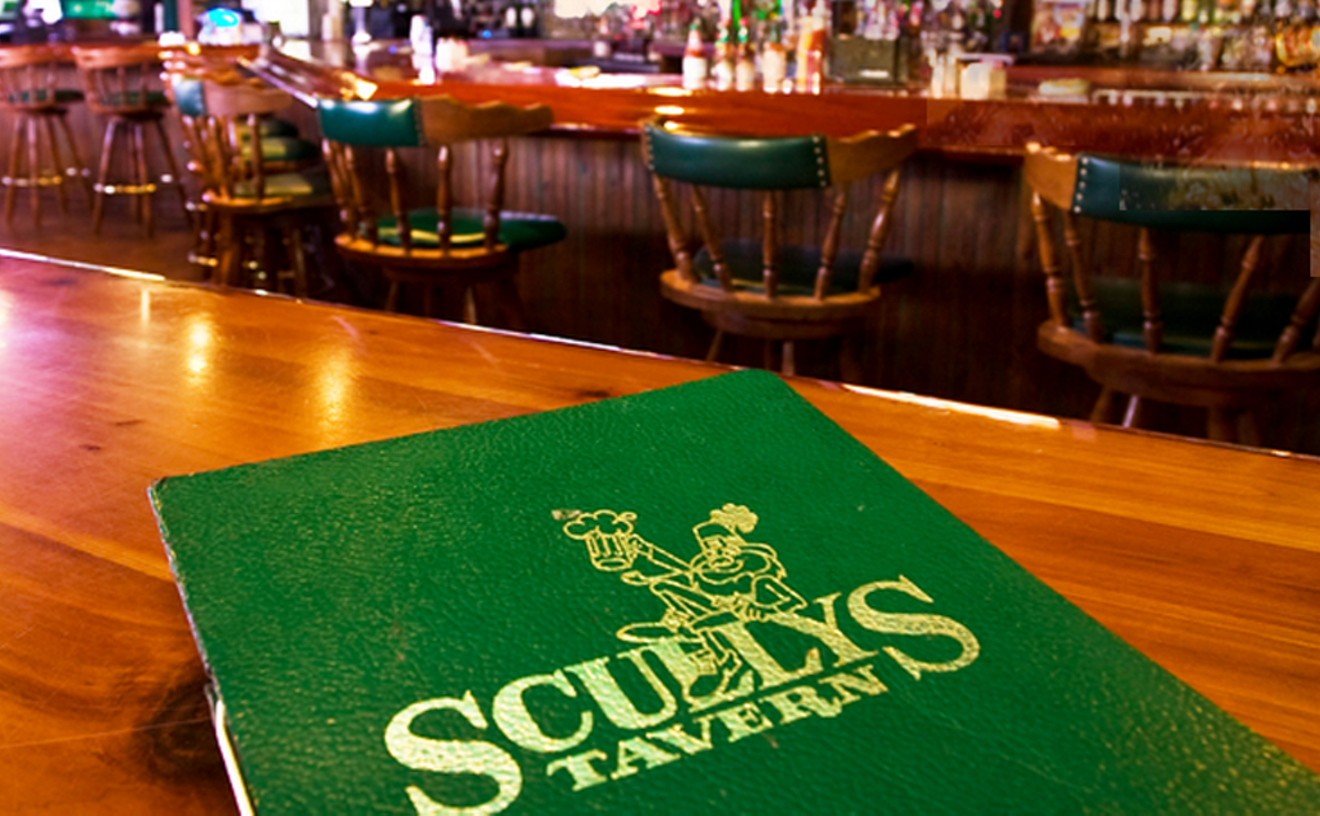 For more than three decades, Scully's Tavern was a neighborhood restaurant for Kendallites looking to relax with a drink, eat some good grub, and hang with friends. Chris and Cassandra "Cass" Hirsh worked side by side every day. Over the years, customers became family. On Thanksgiving and Christmas, Chris and Cass would lay out a massive spread for employees, customers, and residents. Turkeys, hams, and all the fixings would be free to anyone who wanted to partake. The restaurant was known for its generous spirit — and for its scampi wings, which became somewhat of a local legend. But Chris died after a brief illness in December 2021 and Cass, who'd had a rough year herself, having suffered a spinal injury in late 2020, couldn't face doing it all on her own. She closed Scully's, though she did leave the door open to return in a consulting role if a new owner comes forward to carry on the Scully's name.