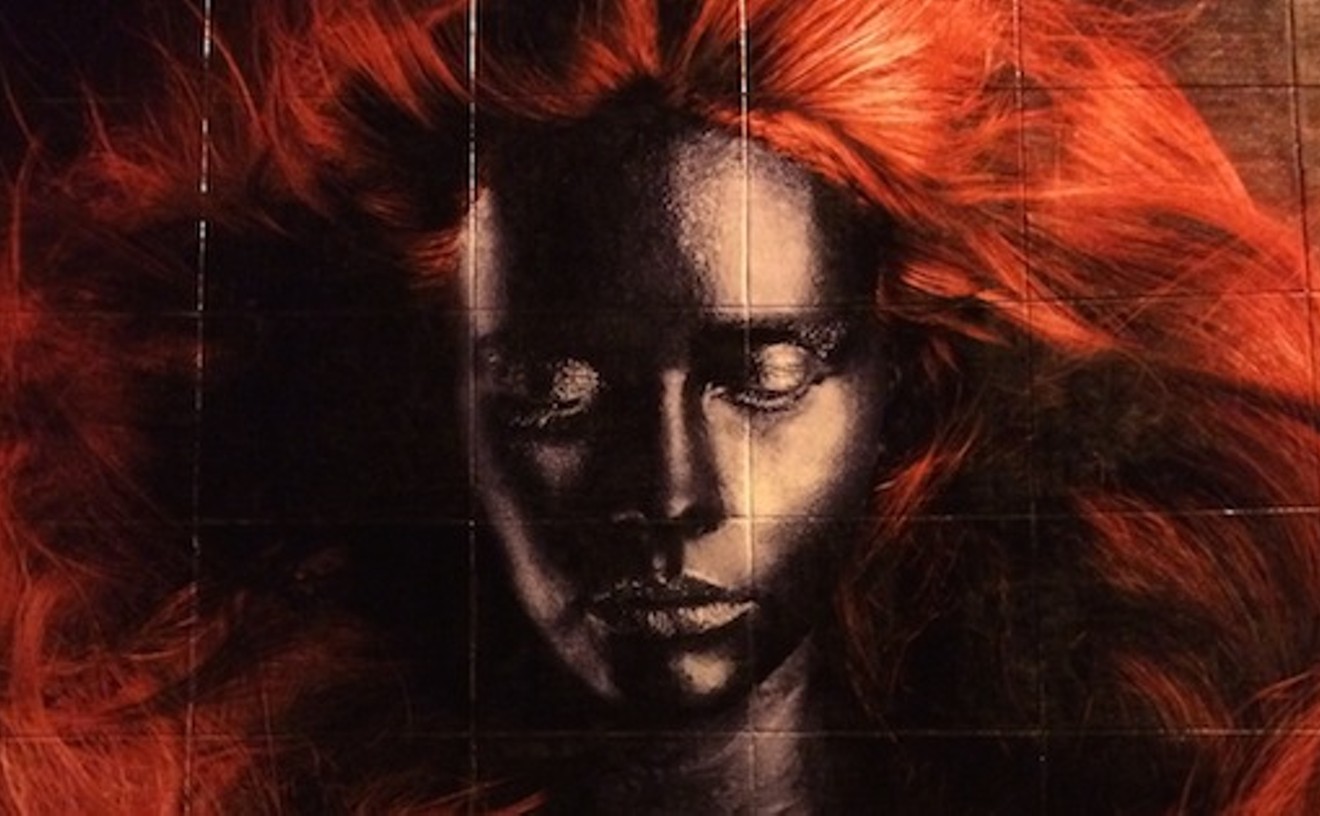 The best parties are always house parties, so it's only natural that House Nightclub tries to re-create that experience every night. Once you possess a "house key," you are free to explore the venue, located on the edge of where Wynwood meets Overtown. You enter through the high-tech foyer/living room, where silver bubbles in the air seem to provide the only (legal) high you'll ever need. If you arrive early, you'll be confined to this area until the rest of the "house" opens for debauchery. However, if you're looking for the VIP experience, you're going to want to request a table in the backroom area, where you'll find the "bedroom" and "bath." That area gives you a clear view of the dance floor and stage so you can scope out any potential hotties you might want to invite back to your table. And no, House isn't a gay venue, it's just very gay-friendly — meaning if you want the company of guys or girls, that can easily be arranged here, no questions asked. There is a minimum in the VIP area, so expect to pay around $5,000 for the privilege of looking down at the common folk. 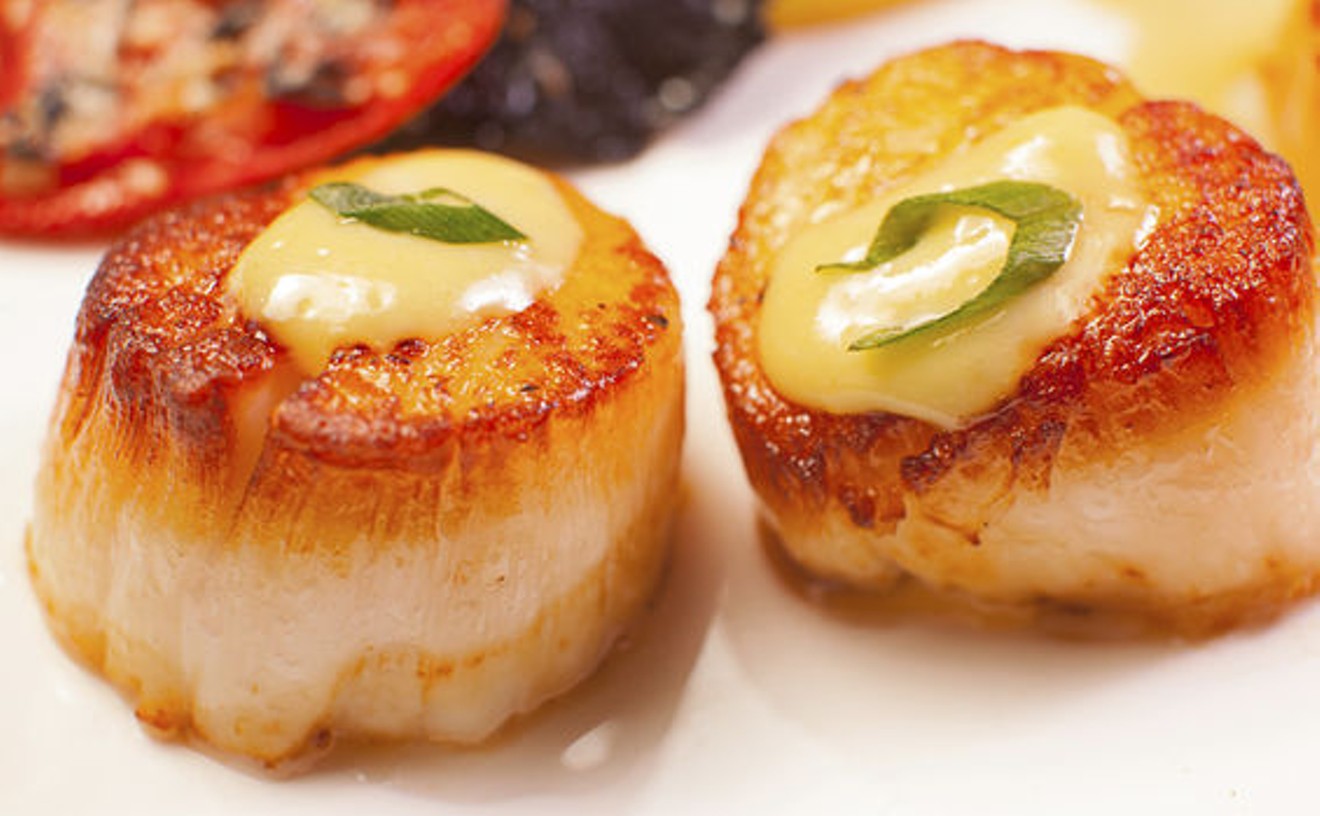 Tap 79 is one of the least assuming joints in Miami. The beer hall is decorated in old typewriters, wine crates, and Jenga games and looks like it was funded with loose couch change. Pay that no mind, though, because the beer is cold and the food is delicious. It's owned by the people who brought the more chic Bin 18 to Edgewater, and the menu is a mashup of elegant bites with take-no-prisoners pub grub. A baked Brie in a crock, served with garlic-infused honey ($12), shares face time with Scooby snacks ($8), a plate of ginger-marinated salmon bites and house cured beef jerky ($6). An ahi tuna sandwich on toasted country bread ($12) is best friends with the Tap 79 burger, a thick patty of Angus short rib, brisket, and chuck, seared to a crisp on the outside and pink in the middle, then topped with Scottish cheddar and bacon ($12). It's a burger to die for. That's not to mention a mac 'n' cheese ($8) that's so delicious the restaurant tends to run out of it well before closing, and the truffle fries, which could possibly be the world's best use of a spud.

Deep within the recesses of the monolithic Loews Hotel complex lies a small, intimate outdoor bar lit by tiki torches and string lamps. The cocktails, crafted under the guidance of bar manager Rob Ferrara, are segmented into categories like classics and new school, but it's the modern takes on classic (and potent) tiki cocktails that make the Rum Line so special. The drinks call to you like the song of a sea siren... sweet and frothy yet with a respectable bite. The Tug Boat ($16) is a perfect example. Made with two Jamaican rums, allspice dram, honey, and ginger, it's smooth, spicy, and can knock you on your ass if you're not careful — exactly what a good tiki drink is supposed to do. With its unpretentious bamboo furniture, large communal tables, and ever-present sea breezes, the Rum Line is the best place to live out your island fantasies — especially when your island happens to be Miami Beach.

Not every man can get away with wearing full emperor regalia, but at last year's Tales of the Cocktail — the world's largest mixologist festival — John Lermayer dressed like Napoleon and then mooned all of New Orleans from a balcony high above the French Quarter. Look up "bon vivant" in the dictionary and you'll likely see a picture of the ever-social bartender. Lermayer jets to all corners of the country —from the Hamptons to Manhattan to South Beach — to represent spirits companies or consult on a new beverage program for a chic lounge. But behind that glamorous life, Lermayer has the goods to back it up. The New York native shook Miami's cocktail foundation to the core when he opened the Florida Room at the Delano, bringing the art of the cocktail to a city where Diet Coke and vodka was the drink of choice. Lermayer then went on to create the mixology program at Blackbird Ordinary and the Regent Cocktail Club at South Beach's Gale Hotel. These days, he is working on opening Sweet Liberty Drink & Supply Co. later this summer in South Beach. The emperor of the cocktail has truly conquered Miami.

Even in a city full of oversized egos, Miami's DJs aren't exactly short on unearned self-confidence. That's why it's so refreshing to find a beatmaker as approachable and humble as Lazaro Casanova, who has been DJing and producing music for more than a decade. Casanova first rose to prominence as the resident DJ of Miami's premier indie-dance party Revolver. But after he grew tired of the cooler-than-thou hipster scene, he moved on to house music, where he eventually hooked up with one of the city's most iconic DJs, Oscar G, who became a mentor of sorts as Casanova explored Afro and Latin sounds while delving deeper into house-music aesthetics. Casanova now travels the globe as one of Miami's best musical ambassadors. This year, Oscar G and Ralph Falcon bestowed upon him the managerial duties of Murk Records, one of the city's most important dance labels. And right now, the place to catch Casanova spinning live is at Murk Mondays at Coyo Taco (2300 NW Second Ave., Miami), where — alongside Oscar G and Ralph Falcon in person — he shows Miami every week that great, made-in-the-305 dance music is alive and well.

Any music lover with a laptop can be a "producer," but it takes true skill, vision, and perhaps a touch of madness to be an "artist." That's a moniker that's earned, and 24-year-old Niko Javan has done more than most to claim the rights. Not only is he an inspiring musician but he's a mind-melting visual artist. He creates all his own music videos, packed with mind-warping visuals. For the title track of his latest EP, Pornicopia, he put together a smart-but-WTF-worthy NSFW clip depicting fruits and vegetables doing truly unmentionable things to each other. And he even made an iPhone app for the album! Musically, he's a chameleon, constantly changing his colors to fit the vibe. He can rep trap, moombahton, electro, hip-hop, house, and everything in between. Before Pornicopia's ass-shaking, feel-good island vibes, he dug into sexy house atmospheres on Dream Boat, and before that, he went deep and dark on Trench. Javan's a man defined less by genre than by personal motivation. Always pushing himself toward new sounds, boredom is the only enemy and stagnation the only sin. The one constant in Niko's world is the element of fun individualism. In other words, he may be a serious artist, but he's never to be taken too seriously. He's the kind of guy who wears Cheetohs T-shirts and takes press photos in furniture stores. In short, he's very Miami. 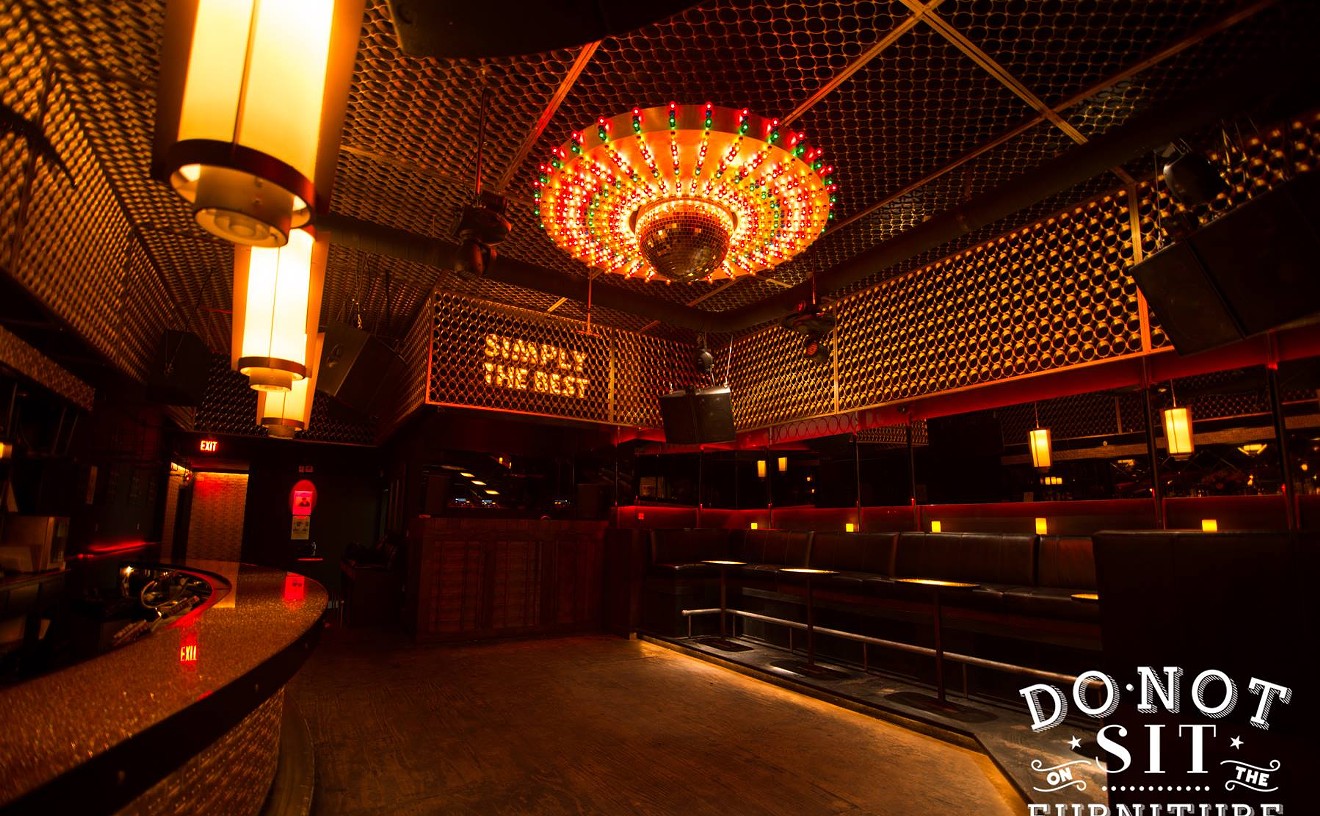 From the ashes of Bella Rose and the Boom Boom Room rose the littlest club that could, Do Not Sit on the Furniture — or as it's more commonly known to Miami clubbers, Do Not Sit. The name is a mouthful, but it's also an apt reminder of the club's M.O.: Whatever you do, keep on dancin'. The people behind the mini nightclub in the heart of South Beach include San Francisco DJ/producer Behrouz and his wife, Megan Nazeri. And since 2013, Do Not Sit has been packing the space thanks to smart bookings like Nic Fanciulli, Seth Troxler, and Josh Wink. As reliably great as the music is, Do Not Sit's best attribute is its relaxed vibe. For once in SoBe, worries about being pushed aside by bottle-service demands or dealing with overly packed dance floors go out the window. A simple but hypnotic disco ball revolves over the flood, while a sound system capable of rearranging your internal organs pumps out the bass. Drinks are moderately priced (for the Beach, anyway), with beers going for around $5 and well drinks ranging from $8 to $10, depending upon the night.

Whimsical, quirky, captivating — no other band captures the Magic City's hot burnin' soul quite like Bluejay. Although all the members are Miami natives, the "indie soul" trio first coalesced in Tallahassee at Florida State University, where lead singer and guitarist Jay Thomas met cellist Oscar Quesada. Thomas' sister, JoJo Sunshine, later joined the boys as the pulse of the group, adding percussion — snares, a floor tom, and kick drum — and, eventually, the synth. The trio finally came to fruition in 2009, when Thomas, Quesada, and Sunshine performed their first gig as Bluejay, eventually releasing their debut studio album, Mercury, followed by their sophomore production, Goblins. Their latest work, Bluejay Mixtape Vol. 1, includes live recordings and reworked and rerecorded versions of their older songs. But what really makes Bluejay stand out is its live shows. No matter where it plays, whether at small, intimate venues like downtown Miami's Railroad Blues or at outdoor music concerts like this year's Heineken TransAtlantic Festival, Bluejay bridges the gap between Miami's rock and electronic-music scenes, bringing a new sound of acoustic folk and warmth to the 305.

Yes, the Jellyfish Brothers are actual brothers. They're also the dudes — Greg and Eddy Alvarez — behind Audio Junkie, the much-loved series of experimental music documentaries about mostly local bands. For the past few years, the Alvarezes have ceaselessly toiled away on their film and music projects, becoming minor celebrities among the folks who frequent Wynwood and Little Haiti's rock clubs. Yet they remain unknown to most Miami music fans. Maybe that's the way Greg and Eddy like it. But we sure as hell wouldn't mind if their new album, Hyperlight Drifter, a trippy dance-punk piece of work with nods to freestyle and street rap, scored the Jellyfish Bros a gig reworking Pitbull's next ode to culo. And hey, don't say it can't happen. In a world where the 305's ambassador to the Bermuda Triangle, the eminently weird Otto von Schirach, has helmed an official remix for Gloria Estefan, anything is possible.