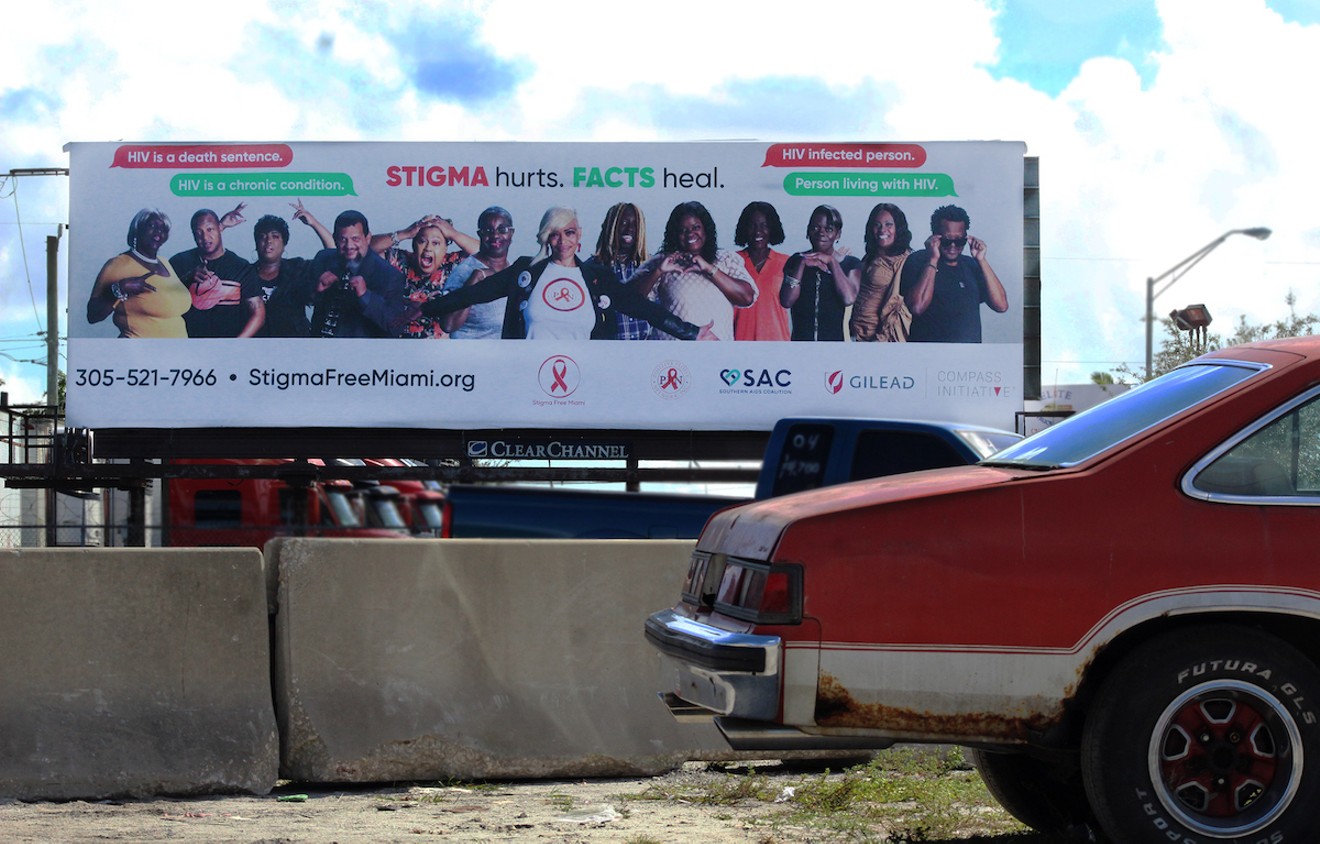 Shawn Tinsley, 50, is a member of Positive People Network (PPN), one of two South Florida nonprofits that benefit from the fund; Community Health and Empowerment Network is also a local beneficiary. Tinsley, an African-American woman, tested positive for HIV in 1989 during the peak of the epidemic. She "waited in denial" for three years after the diagnosis to finally seek treatment when she learned she was pregnant with her second child.

"There was really no information," she says. "I just went on my way as though they had lied to me because I thought, 'I'm not gay or a man.'"

While HIV and AIDS rates have declined, Black women are still disproportionately affected by the virus. In 2021, Black women in Miami-Dade County were 12 times more likely than white women to contract HIV, according to the Florida Department of Health. Marc Meachem, head of external affairs in North America for ViiV, suggests this is due to a lack of research and representation of the demographic.

"HIV has been portrayed as primarily a white gay issue, and many [Black women] don't perceive themselves to be at risk," Meachem tells New Times. "Our overarching goal is to make sure that no one affected by HIV is left behind."

The groundbreaking investment helps fund 17 organizations across the country to improve outreach and research, as well as offer education to end stigma associated with the virus, especially within Black communities. Meachem hopes the initiative will extinguish these narratives by educating medical professionals and social workers on proper risk reduction language.

"Organizations will look at the diversity and inclusion issues within their groups to see whether there are sufficient voices from the communities most impacted," Meachem says. "With providers, some women have even been dissuaded from taking PrEP [pre-exposure prophylaxis]."

PrEP is a highly effective medicine to prevent the transmission of HIV.

Tinsley faced a similar situation when she was first tested in her hometown of Newark, New Jersey.

"I grew up in the hood, so I was concerned for my safety. But the hospital pretty much said, 'We doubt you'll see tomorrow,'" Tinsley says, as tears form. "They didn't have any type of compassion."

She adds that this grim scenario is common for many Black women living with HIV. To avoid this, ViiV's funding will amplify and connect Black advocates on the ground with neighborhoods that lack support or education on the virus, Meachem notes.

"People like to hear and see things from people they trust, those within their own communities," he says. "In this case, the messages are in the messengers."

One example of this can be seen on a billboard at NW 126 Street and 27 Avenue, on the east side of Miami Dade College's North Campus, which displays 13 people of color living with HIV or AIDS. The sign, which reads, "Stigma Hurts. Facts Heal." was posted by Stigma Free Miami, PPN, and other local organizations.

Tinsley also believes her community faces setbacks, such as a lack of public information about the effects of long-term treatment.

"The medicine has come a long way, but we need more research for the brown and Black community on what these treatments do to our bodies in the long term," Tinsley says.

She survived a heart attack in mid-October. She explains that one of her doctors said this was due to her HIV antiretroviral medication, which stops the virus from multiplying in the body.

"It had depleted certain portions of my heart. I had a fully collapsed artery, and now I have three stents in my heart," Tinsley says. "We really need that research as we grow older."

With this, ViiV's funding will expand research methods to account for both Black cisgender and trans women who take PrEP or various treatments.

Regardless of race or ethnicity, Tinsley encourages all to test regularly in order to stop the virus.

"We're all human, and yes, I am HIV positive, but everyone else is HIV possible," Tinsley tells New Times. "There is a whole other side of people ready to support you."

Community Health and Empowerment Network. 809 NW 119th St., North Miami; 786-431-5254; communityhealthnetwork.org.
KEEP MIAMI NEW TIMES FREE... Since we started Miami New Times, it has been defined as the free, independent voice of Miami, and we'd like to keep it that way. With local media under siege, it's more important than ever for us to rally support behind funding our local journalism. You can help by participating in our "I Support" program, allowing us to keep offering readers access to our incisive coverage of local news, food and culture with no paywalls.
Make a one-time donation today for as little as $1.