Super Fan Fest Photo by Christian Diaz
Depending upon the matchup, the average Super Bowl ticket costs $4,000 to $5,000, according to SeatGeek. However, the resale ticket price for Super Bowl LIV on Ticketmaster starts at $5,211. If that number seems a little high, consider an alternative: the Super Bowl watch party. Because Miami will host the NFL's 54th championship game this Sunday, February 2, expect local viewing parties to be bigger than ever. If you're looking for a safe bet and a ticket price you can afford, these Super Bowl LIV watch parties fit the bill. 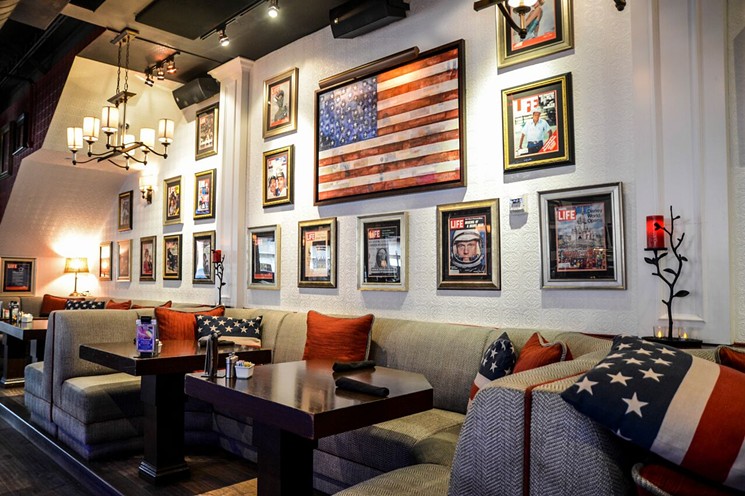 Update: American Social's block party on Las Olas Boulevard has been changed to Friday, January 31, and Saturday, February 1. You can still watch the Super Bowl at American Social on Sunday, when the sports bar will offer the specialty Big Game burger for $12 and shots of select liquor for $4 to $6. American Social, 721 E. Las Olas Blvd., Fort Lauderdale; 954-764-7005; americansocialbar.com. Developed by the legendary Ian Schrager of Studio 54 (a good omen for the superstitious fan), Basement will host a watch party pumped up by the sounds of DJ Sachi. Partygoers and football fans alike can enjoy $20 beer bucket specials as well as a beer-and-shot combo for $10 from 5 to 11 p.m. The multiple big-screens throughout the nightclub will be tuned into the gridiron action.5 p.m. Sunday at Basement Miami, 2901 Collins Ave., Miami Beach; 305-988-5036; basementmiami.com. Tickets cost TBA. 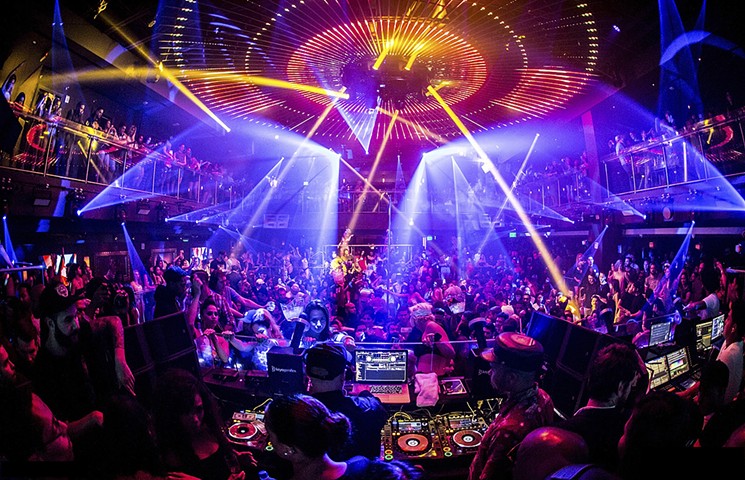 If E11even knows one thing, it's to go big or go home — and the 24-hour nightclub isn’t a fan of the latter. Putting on one of the biggest Super Bowl viewing events this year, the downtown club's big-game party will include a performance by rapper Ludacris, an open bar from 5 to 9 p.m., and a complimentary barbecue plate while the big game broadcasts. 5 p.m. Sunday at E11even Miami, 29 NE 11th St., Miami; 305-829-2911; 11miami.com. Tickets cost $100 via tixr.com. 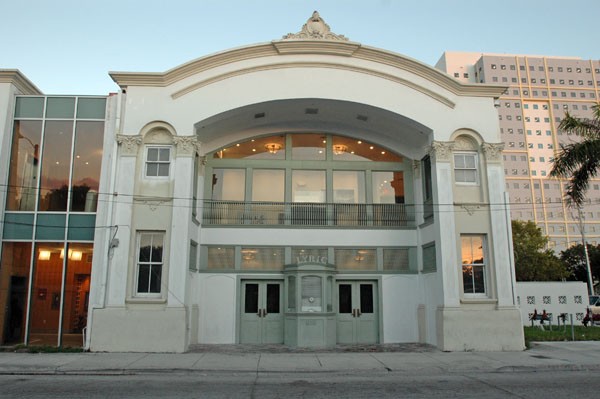 For the third year in a row, the Black Archives at the Lyric Theatre will throw a Super Bowl bash at the historic Overtown venue. The family-friendly event will offer food from vendors, cash bars, and billiards. DJ H2 will be on the decks to set the celebratory mood throughout the evening. End the day watching the big game on one of the largest screens in Miami. 3 p.m. Sunday at the Black Archives Historic Lyric Theater Cultural Arts Complex, 819 NW Second Ave., Miami; 786-708-4610; bahlt.org. Admission is free; tent access, offering perks such as lounge seating, costs $350 to $500 via eventbrite.com.

What better way to start your Super Bowl festivities than with a boozy brunch? Head to No. 3 Social for an all-day, all-night rooftop party starting with a prekickoff brunch at 2 p.m. Avoid the crowds and standstill traffic and park yourself at the Wynwood bar, offering sounds by DJ Lady CBreeze for the daytime party, as well as big-screen TVs and two projectors for main event. Each ticket includes an open bar from 6 to 9. 2 p.m. Sunday at No. 3 Social, 50 NW 24th St., Miami; 305-395-5811; no3social.com. General admission is free; tickets for the open bar cost $54 via eventbrite.com.

Overlooking the Miami River, the Wharf will offer one of the Magic City's most scenic game-day experiences. Enjoy live DJ sets during commercial breaks, along with eats by the Wharf’s fabulous food trucks, including Cracked by Chef Adrianne, La Santa Taquería, and Spris Artisan Pizza, all without missing a single play. Noon Sunday at the Wharf Miami, 114 SW North River Dr., Miami; 305-906-4000; wharfmiami.com. Admission is free.

With arguably more action than Hard Rock Stadium itself, Super Fan Fest at Wynwood Marketplace will offer 80,000 square feet of football mayhem. Check out the Bud Light Sports Deck, where you can drink and watch the game. Plus, don't miss the beer garden, the caja china tailgating experience, DJ sets, the colossal LED screen, and plenty of other diversions. Want to play a few downs yourself? Hit the flag football field, offering authentic bleachers for all of your fans. Not sweaty enough? Dance to live music at the AT&T Elevate Main Stage. Best of all: Admission to this ultimate Super Bowl extravaganza is free. 11 a.m. to 2 a.m. Sunday at the Wynwood Marketplace, 2250 NW Second Ave., Miami; superfanfest.com. Admission is free; register via eventbrite.com to score a complimentary beer.
KEEP MIAMI NEW TIMES FREE... Since we started Miami New Times, it has been defined as the free, independent voice of Miami, and we'd like to keep it that way. With local media under siege, it's more important than ever for us to rally support behind funding our local journalism. You can help by participating in our "I Support" program, allowing us to keep offering readers access to our incisive coverage of local news, food and culture with no paywalls.
Make a one-time donation today for as little as $1.