Eyes on Miami: Shaq, Gronk, and the Stars of Miami Music Week

Diplo, Gianluca Vacchi, Jared Garcia, and Cedric Gervais World Red Eye
It's not easy having eyes all over the scene, being around to take in all the wild visuals at all the worthwhile places in the city. There are, however, those parties and gallery openings where a fortunate photographer can point and shoot. Every week, in collaboration with WorldRedEye, New Times brings you a solid recap of all the recent experiences you might have missed around Miami. It's impossible to be everywhere, but hey, we can try to keep our Eyes on Miami.

Diplo, Benny Benassi, Cedric Gervais, Ryan Marciano, Sunnery James, Gianluca Vacchi, and Alan Walker at LIV: Miami Music Week got off to an epic start at LIV. Cedric Gervais had partygoers dancing into another dimension. Diplo, Benny Benassi, Gianluca Vacchi, and Alan Walker joined in on the fun, and Ryan Marciano and Sunnery James brought the noise when the duo took over the decks.

Yo Gotti
World Red Eye
Yo Gotti at Story: Rapper Yo Gotti had revelers buzzing all night long.

Diplo, Virgil Abloh, and Hot Since 82 at Basement Miami: Diplo and Virgil Abloh brought all the noise of Miami Music Week to Basement Thursday night. Although 2018 is hotter than ever, Hot Since 82 didn’t fail to fire up the tracks when he played an epic set. 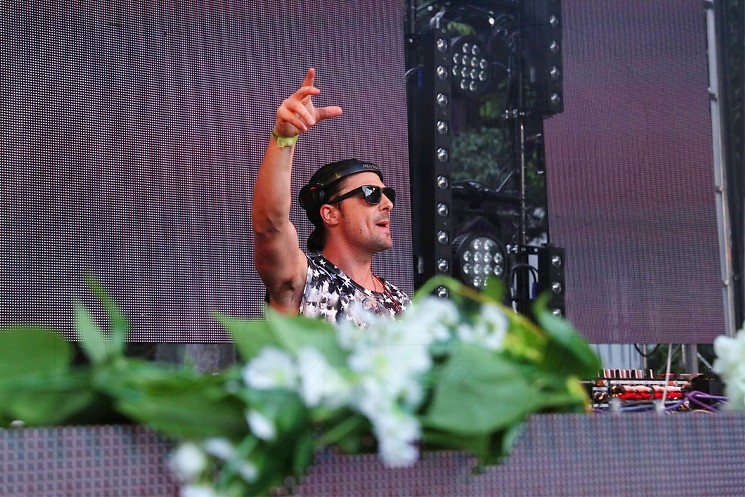 Marshmello
World Red Eye
Marshmello and Zoey Dollaz at Story: Marshmello sure wasn’t “Alone” at Story — Zoey Dollaz hopped up onstage for a quick appearance, taking everyone by surprise.

Nervo
World Red Eye
Nervo at Wall: Nervo made the crowd go wild as the twin-sister duo took over the decks, causing a “Revolution” for another epic night of Miami Music Week celebrations. 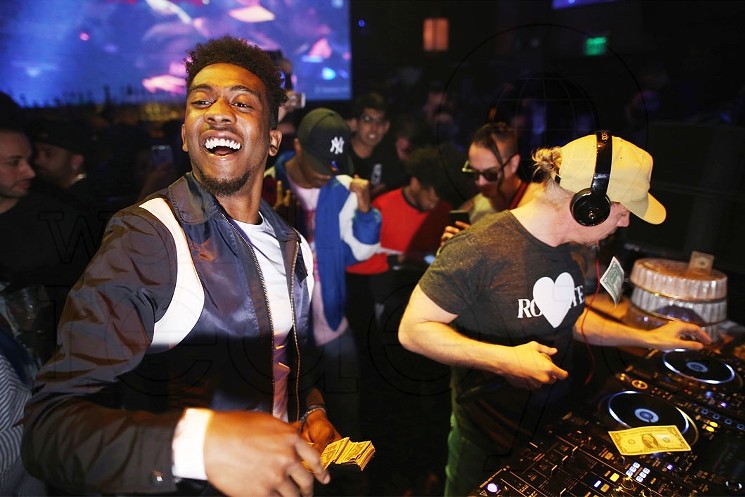 Diplo and Desiigner at E11even: Desiigner and Diplo took over the decks for a night of mischief. 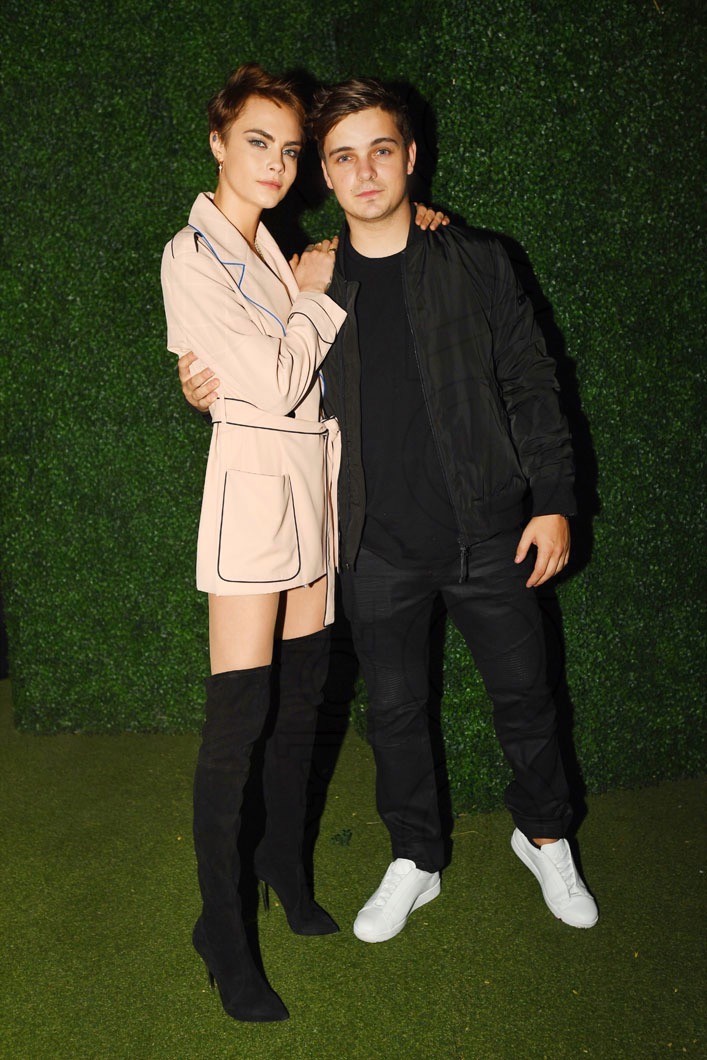 Axwell, Ingrosso, and DJ Snake
World Red Eye
Ultra Music Festival 2018 Main Stage, Backstage, and VIP Lounge, Day One: The electronic world was orbiting around Downtown Miami last weekend for the 20 anniversary of Ultra Music Festival. Thousands of EDM fans descended into Bayfront Park to kick off the first day of madness at the festival. In honor of Ultra’s 20 year anniversary the lineup featured performances by Axwell, Ingrosso, DJ Snake, Daddy Yankee, Steve Aoki, and Lauren Jauregui. As Day One blurred into the night, attendees raved about insane performances by Armin van Buuren, Oliver Heldens, Hardwell, and Empire of the Sun. 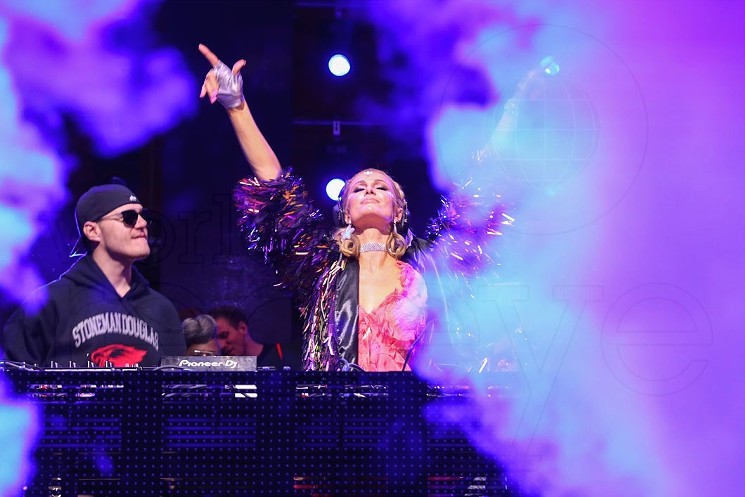 Paris Hilton, Nervo, Konshens, and Chris Zylka at Hyde Beach: Paris Hilton showed Miami how to party when she took over Hyde Beach with fiancé Chris Zylka by her side. Nervo and Konshens helped the crowd rave through the night. 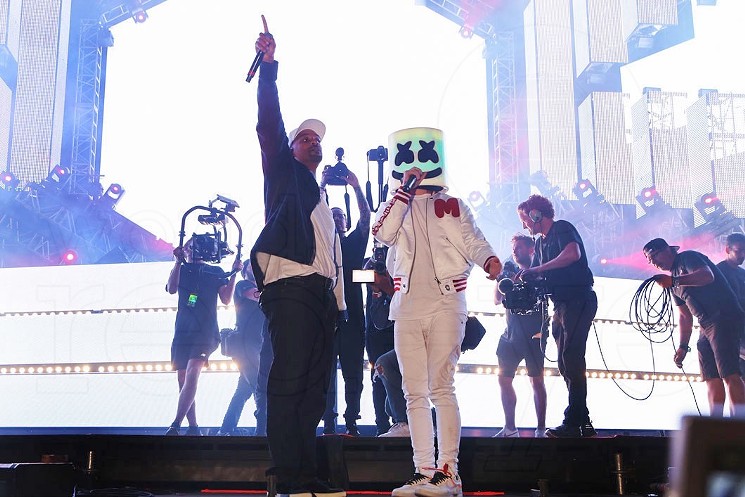 Will Smith and Marshmello
World Red Eye
Ultra Music Festival 2018 Main Stage, Backstage, and VIP Lounge, Day Two: EDM lovers crowded gates to experience another wild day of the festival's 20th anniversary. Will Smith and Marshmello kicked off the night as Smith made a surprise appearance, welcoming the crowd to Miami by performing his iconic song. Artists Yo Gotti, Afrojack, Halsey, and G-Eazy also took over the stages. 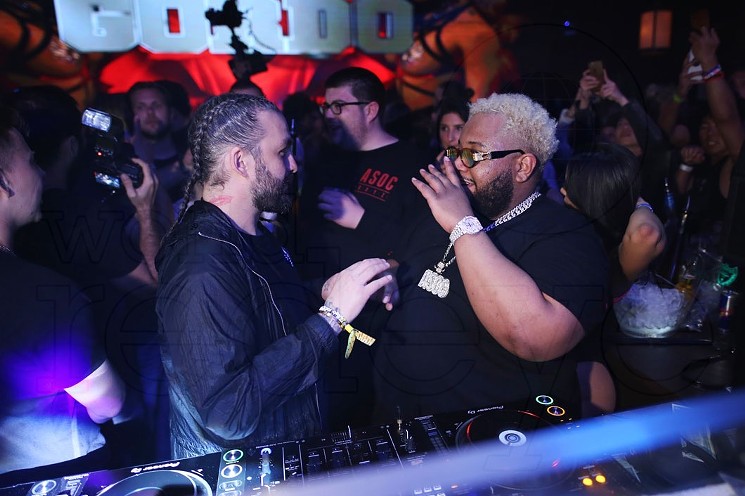 Swedish House Mafia
World Red Eye
Ultra Music Festival 2018 Main Stage, Backstage, and VIP Lounge, Day Three: As the stage lights beamed, the electric music world orbited around Downtown Miami providing EDM lovers with the insane sets by Dash Berlin, KSHMR, Nicky Romero, Kaskade, David Guetta, and Afrojack, among others. To close out the epic three-day weekend, the reunion of Swedish House Mafia dominated the stage for a performance that will go down in Ultra history.