The 19 Best Things to Do in Miami This Week

There's no reason to wait for the weekend to make a night of it, and Wynwood watering hole Gramps knows it. Its weekly Mixtape Mondays event sees local DJs spinning vinyl on the palapa-covered stage on the patio. This week, catch Got Now and Riki Steez as they dish out hip-hop classics all night long. 7 p.m. to 1 a.m. Monday, at Gramps, 176 NW 24th St., Miami; gramps.com. Admission is free. Ashley-Anna Aboreden

On Monday, Proud Society invites all you Cancer babies to head to Hotel Gaythering for Out & Proud Karaoke Night. Hosted by drag queen Captain C.C. Glitzer, the event commences with a song battle between 12 contestants for a cash prize. Anyone can register for $10, and it's first-come, first-served. At 11 p.m., after the contest has concluded, you can take the stage and sing "My Heart Will Go On." (Please don't.) Proceeds benefit Rainbow Lotus, the Lotus House's program supporting homeless LGBTQ individuals. 7:30 p.m. Monday, at Hotel Gaythering, 1409 Lincoln Rd., Miami Beach; proudsociety.org. Tickets cost $10. Ashley-Anna Aboreden

Move over, salsa — bachata is having a moment. Fusing European, indigenous, and African musical elements, bachata has been proudly coming out of the Dominican Republic since the early 20th Century, with regional scenes in Cuba, Puerto Rico, and Panama. Spanish singer Rosalía even did a take on the genre with "La Fama," her collaboration with the Weeknd. If you want to sharpen those dancing skills, head to Ball & Chain any Tuesday for Bachatuesdays. The Little Havana bar hosts a free class starting at 9 p.m. with DJ Jorge Charun spinning ese ritmo until closing. 9 p.m. Tuesday, at Ball & Chain, 1513 SW Eighth St., Miami; 305-643-7820; ballandchainmiami.com. Admission is free. Jose D. Duran

Whether you love or hate the cherubic Ed Sheeran, there's no denying the man can write an earworm. Event producer Fever definitely knows that, so for its latest Candelight series, it's hosting A Tribute to Ed Sheeran. This candlelit orchestral performance at the Coral Gables Congregational Church reimagines the work of the British singer-songwriter. Performed by Listeso String Quartet, the show's setlist damn well better include takes on "Perfect," "Happier," and "Bad Habits." 7 p.m. Wednesday, at Coral Gables Congregational Church, 3010 De Soto Blvd., Coral Gables; feverup.com. Tickets cost $37 to $57. Sophia Medina

With live music venues seemingly in danger these days, it's nice to see the City of Miami Beach step up and give local musicians a space to perform. On Thursday, Miami Beach OnStage!, in partnership with Young Musicians Unite, hosts a free concert at Pride Park. Mold!, Ben Katzman, and Lily Kaplan are on the bill, making this a solid lineup of made-in-the-305 sounds. 6 p.m. Thursday, at Pride Park, 1809 Meridian Ave., Miami Beach; mbartsandculture.org. Admission is free with RSVP via eventbrite.com. Ashley-Anna Aboreden

Every last Thursday of the month, Dogfish Head Miami hosts Sip & Speak, its open-mic night. The city's up-and-coming talent are invited to come onstage and show off their skills. Talent on display can range from music to poetry to the visual arts. Interested participants should arrive early; signup starts at 6:30 p.m. Otherwise, feel free to take a seat and enjoy the craft beers. 7 p.m. Thursday, at Dogfish Head Miami, 325 NW 24th St; Miami; 305-796-2727; dogfish.com. Admission is free. Sophia Medina

After announcing a four-night residency at the Fillmore Miami Beach last year, Steely Dan pushed back the shows to 2022. The bad news didn't stop there: With the Fillmore currently closed, the band was forced to move the show to Hard Rock Live, and instead of four shows, it would only be one. After being taken on a rollercoaster of emotions, Steely Dan fans will finally see the legendary group live on Thursday. For the Fillmore shows, the band promised to play several albums in their entirety over the residency. Instead, we're getting Plan B: Donald Fagen and Co. will run through the group's greatest hits. 8 p.m. Thursday, at Hard Rock Live, 1 Seminole Way, Hollywood; 954-797-5531; myhrl.com. Tickets cost $65 to $255 ticketmaster.com. Ashley-Anna Aboreden

Pulitzer Prize-winning playwright Nilo Cruz's latest endeavor, Kisses Through the Glass, makes landfall at the Miami-Dade County Auditorium on Thursday, bringing light to even the darkest moments. The production focuses on the story of a truck driver and an actress who find love during an unknown pandemic. With the characters forced apart in order to protect their fate, the play spotlights the journey and sacrifices they must make to come together. 8:30 p.m. Thursday through Saturday and 5 p.m. Sunday through August 7, at Miami-Dade County Auditorium, 2901 W. Flagler St., Miami; 305-547-5414; miamidadecountyauditorium.org. Tickets cost $27 via ticketmaster.com. Sophia Medina 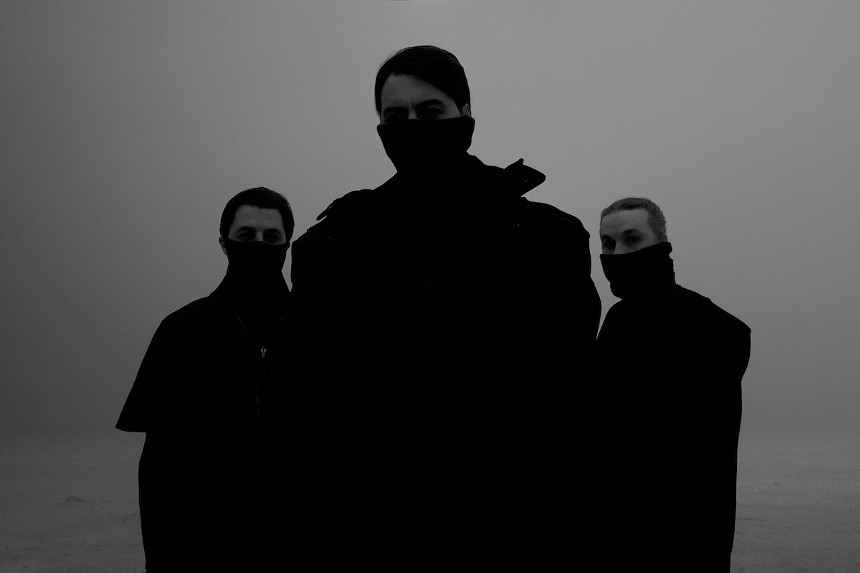 Broward brewery LauderAle is celebrating its eighth anniversary with a weekend-long party. The 8th Anniversary Beer & Music Festival kicks off on Friday with an art market and a live performance by Got You Covered. Headlining the entire shindig is singer-songwriter Zach Deputy on Saturday. And, of course, there will be beer — lots and lots of beer, including specialty releases dropping every hour. Friday through Sunday, at LauderAle, 3305 SE 14th Ave., Fort Lauderdale; 954-653-9711; lauderale.co. Admission is free. Ashley-Anna Aboreden

Whether you’re new to drawing or are an experienced artist searching for a new muse, Raw Figs' pop-up figure-drawing classes make for an inspiring way to spend an evening. On Friday, the class partners with the Wolfsonian-FIU to offer a clothed model in a multitude of poses. For this edition, the model will take inspiration for their poses from the museum's collection. Limited materials will be available, so be sure to bring paper and a pencil at the very least. There’ll be complimentary drinks from Topo Chico for all to stay hydrated. 7 to 8:30 p.m. Friday, at the Wolfsonian–FIU, 1001 Washington Ave., Miami Beach; 305-531-1001; wolfsonian.org. Admission is free with RSVP. Ashley-Anna Aboreden 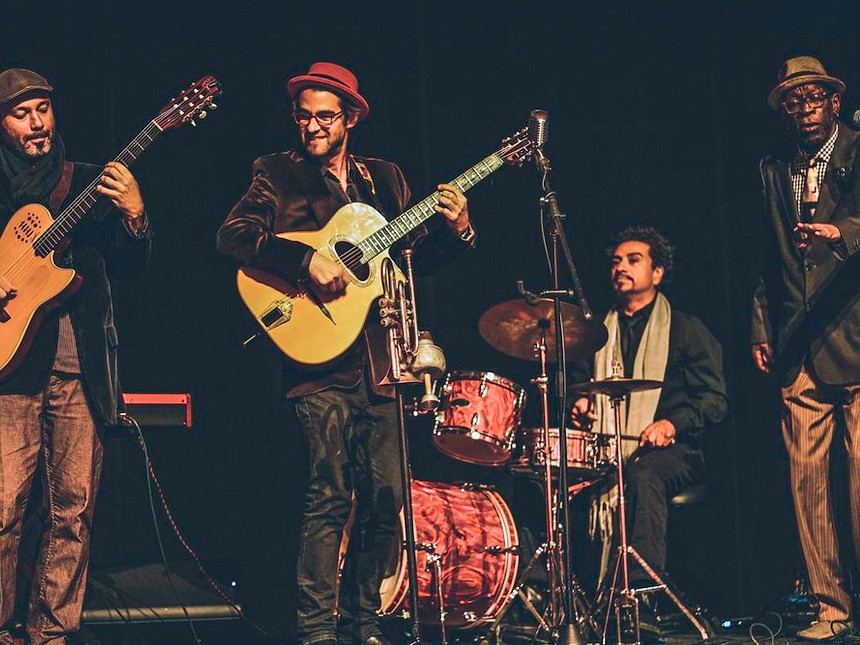 And another one bites the dust. Say farewell to ATV Records this weekend, as the venue closes to make way for a new restaurant and lounge. The nightclub's existence was short-lived, opening in 2019 when the Electric Pickle's Will Renuart teamed up with the partners at 1306. As part of ATV's closing weekend festivities, Safe Soundsystem hosts Rave Against the Machine on Friday. The lineup: Diego Andres, Terence Tabeau, Mutant Pete, Artime, Wngdu, and Mich Smith. They'll provide the beats for you to let go of that anger of losing yet another underground, locals-only space in the city. 11 p.m. Friday, ATV Records, 1306 N. Miami Ave., Miami; atvrecords.com. Tickets cost $20 via ra.co. Jose D. Duran 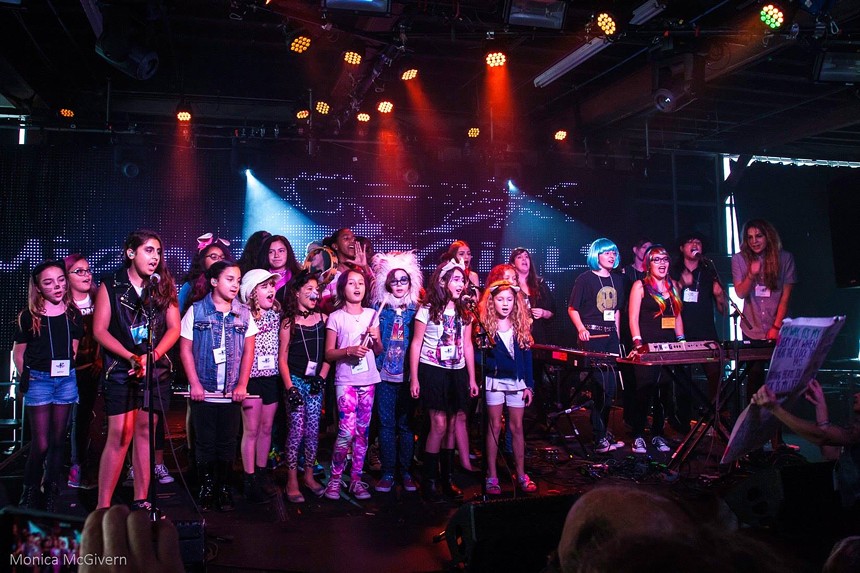 Support the next generation of musicians through the Miami Girls Rock Camp Grand Finale Showcase at the Miami Beach Bandshell. Coming from an intensive week of work and fun, girls and nonbinary children come together to share some of the original work they have created. Organized and produced like an actual concert, the all-ages show features the campers performing live, with DJ sets by Robbi Robsta and Vida. 7 p.m.Saturday, at Miami Beach Bandshell, 7275 Collins Ave., Miami Beach; 305-672-5202; northbeachbandshell.com. Tickets cost $15 in advance; $20 at the door. Sophia Medina

For many in the LGBTQ community, prom only served to enforce performative gender stereotypes and hetero relationships. That’s why Lezplay Bae has organized Girls, Gays, and Theys Prom, a queer prom for those who didn’t get to live out their teenage dreams or are just looking for a safe space to party. The 21-and-over event promises drag performances, photo booths, drinks, and more. 8 p.m. Saturday, at Adrienne Arsht Center for the Performing Arts, 1300 Biscayne Blvd., Miami; girlsgaysandtheysprom.com. Tickets cost $60. Ashley-Anna Aboreden

Bad Bunny let everyone know that ella perrea sola, but women still have to contend with unwanted advances at parties when they're just trying to have fun. That's where Sorry Papi comes in. The all-girl reggaeton party by women, for women promises femme attendees all the safety of being able to twerk in peace. The nationwide party stops at Oasis Wynnwod on Saturday, so follow Beyoncé's instructions, ladies, and leave your man at home because the club is jumpin' jumpin'. DJs King Inesse, Miriam, and Marj will selecting the night's tunes alongside themed photo-ops and plenty of pretty cocktails. 9 p.m. Saturday, at Oasis Wynwood, 2335 N. Miami Ave., Miami; oasiswynwood.com. Tickets cost $40 to $75 via tixr.com. Jose D. Duran

Cool off with a nice can of seltzer at the inaugural Fizzy Fest, a refreshing summertime celebration. Guests will be offered to taste an array of hard seltzers from brands including White Claw, Truly, Funky Buddha, Corona, and High Noon. After tasting, attendees can vote for their favorite spiked beverage. Apart from sipping on fizzy drinks, seltzer fans can enjoy a wide range of entertainment and activities, including giveaways and games. 4 to 7 p.m. Sunday, at Backyard, 100 SW Third Ave., Fort Lauderdale; 954-449-1025; backyardftl.com. Tickets cost $30 via universe.com. Sophia Medina

What's the deal with dance music these days? Find out when DJ Seinfeld takes over the decks at Floyd on Sunday. The Swedish producer is known for focusing on lo-fi beats with tracks like “These Things Will Come to Be” and "U Already Know." Rest assured that while his nom de plume may be a joke, Armand Jakobsson takes beat-making very seriously. 11 p.m. Sunday, at Floyd, 34 NE 11th St., Miami; floydmiami.com. Tickets cost $20.40 via dice.fm. Ashley-Anna Aboreden
KEEP MIAMI NEW TIMES FREE... Since we started Miami New Times, it has been defined as the free, independent voice of Miami, and we'd like to keep it that way. With local media under siege, it's more important than ever for us to rally support behind funding our local journalism. You can help by participating in our "I Support" program, allowing us to keep offering readers access to our incisive coverage of local news, food and culture with no paywalls.
Make a one-time donation today for as little as $1.