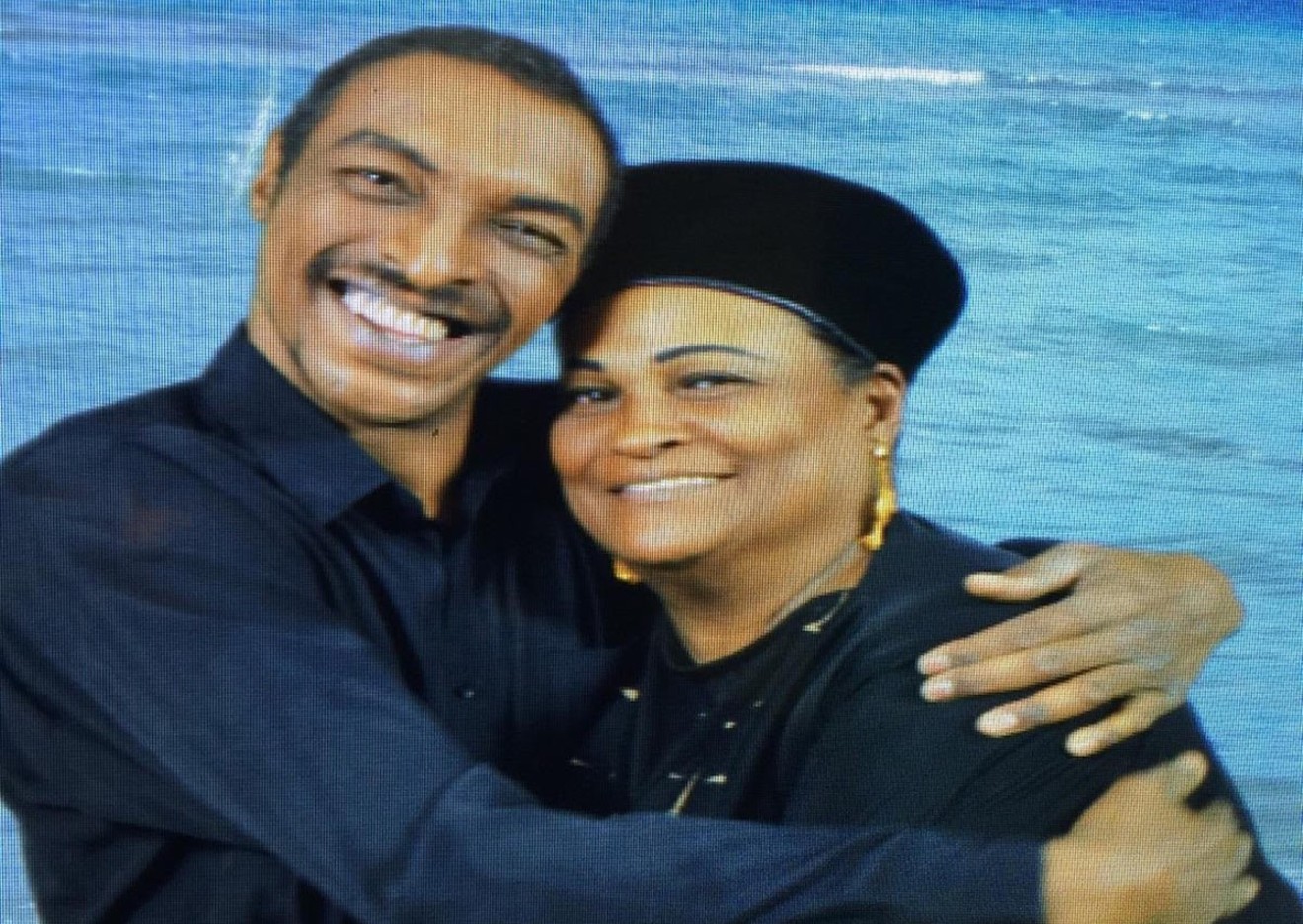 Muhammad Ali Jr. with his mother, Khalilah. Courtesy of the Ali family
The Muslim son of America's most famous boxer says he was stopped at Fort Lauderdale-Hollywood International Airport, questioned twice about his religion, and then held for about two hours this past February 7.

Muhammad Ali Jr., the son of Muhammad Ali, was on his way back from Montego Bay, Jamaica, with his mother and Ali's first wife, Khalilah, when immigration officers detained him. Khalilah showed officers a picture of herself with her ex-husband, who died last June 3, so she was not detained. Ali Jr. had no such photo.

"This is an outrage," says Chris Mancini, a former federal and friend of the family. "I don't know what is going on with Mr. Trump's claim that his ban is not religion-based. We do not discriminate in this country based on religion."

Ali Jr., age 44, had no criminal record and carries a United States passport, Mancini says. He recently moved to Deerfield Beach to live with his mother. Last year, Ali Jr. received a large share of his father's multimillion-dollar fortune.

Khalilah Ali married the boxer, who was then named Cassius Clay, in 1967 at the age of 17. They divorced ten years later. She had traveled to Jamaica to give a speech about black history.


"I don't know what is going on with Mr. Trump's claim that his ban is not religion-based. We do not discriminate in this country based on religion."

Mancini says the detention is an instance where a ban proposed by the Trump administration and overturned by both a trial court and an appeals court is nevertheless being enforced.

"Due to the restrictions of the Privacy Act, U.S. Customs and Border Protection cannot discuss individual travelers; however, all international travelers arriving in the U.S. are subject to CBP inspection," she told New Times via email.

The incident is the second strange detention of a person of color at FLL since Trump's crackdown on Muslim travel was announced in January. On February 1, a prominent ex-BuzzFeed reporter, Stacy-Marie Ishmael, said her Trinidadian husband was detained for three hours at the and was asked where "he got his name." Ishmael declined to speak to New Times about the ordeal.

Likewise, CBP's Morfa told New Times February 2 that the agency could not discuss that case.

But Mancini, the former prosecutor, says immigration officers asked Ali Jr. for his full name, date of birth, and religion. They held him for 30 minutes, then separated him from his mother, and took him to a small room. An officer returned a half-hour later and again asked him his religion, Mancini says. He was held for about an hour more before being released.

"What right does the United States have to inquire about somebody's religion when they enter the country?" Mancini says. "There was no other basis for a secondary inspection. This is an instance where the ban has been enforced even though it has been thrown out. The government is still trying to find grounds to keep Muslims out."