Now that Cuban migration into Miami has slowed, the city's Republican legislators have pretty much decided that they hate refugees. State Rep. Carlos Trujillo in 2016 tried to give Gov. Rick Scott military power to police which refugees enter the state. And County Mayor Carlos Gimenez issued an order in January complying with Trump's crackdown on undocumented refugees from impoverished Latin American countries.

But as long as those same GOP legislators continue to deny that climate change is real, they're all but guaranteeing that the U.S. locks itself into a refugee crisis of its own. According to a study released this month in the peer-reviewed journal Nature, more than 2.5 million Miamians may someday be forced to flee the city thanks to rising seas — the most of any city in America.

"I find that unmitigated SLR [sea-level rise] is expected to reshape the U.S. population distribution, potentially stressing landlocked areas unprepared to accommodate this wave of coastal migrants—even after accounting for potential adaptation," the study's author, University of Georgia population analyst Matthew E. Hauer wrote in the study. "These results provide the first glimpse of how climate change will reshape future population distributions and establish a new foundation for modeling potential migration destinations from climate stressors in an era of global environmental change."

Conversely, Hauer used Internal Revenue Service migration patterns to identify landlocked cities that will likely take in most of the refugees: Austin, Texas, Orlando, and Atlanta ranked first through third. The study predicted that some 460,000 sea-level-rise migrants will descend upon Orlando, many of them likely from South Florida. The population surges are likely to overwhelm city officials, just as demographic losses in cities like Miami would cripple local economies.

Hauer warns that population surges could put insurmountable stress on local utilities, like water resources, if landlocked counties don't start preparing soon for global-warming-related migrants. He adds that too much of the climate-change-preparedness debate has centered around preparing coastal communities for rising ocean levels — and not enough attention has been paid to preparing landlocked cities for new residents.

"For many destinations, such as Riverside, California, Phoenix, Arizona, Las Vegas, Nevada, and Atlanta, Georgia, already experiencing water management and growth management challenges, the SLR migrants who wash across the landscape over the coming century could place undue burden in these places if accommodation strategies are left unplanned," he wrote. "Studies of migration impacts do not solve the challenges in these areas, but rather reveal a more holistic understanding of SLR impacts and needed interventions." 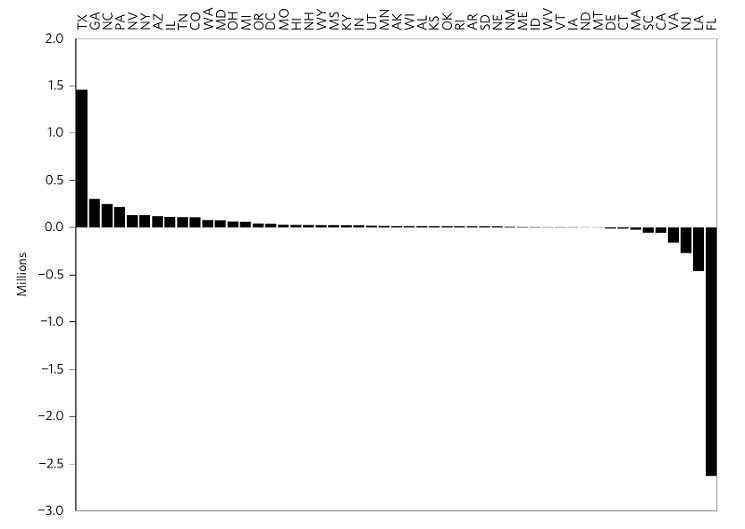 Nature
There are some caveats to the study: For one, scientists don't know if climate change refugees will follow the same migration patterns that U.S. residents use during stable time periods. This rings doubly true when the warming aspect of global warming is taken into account: While Hauer says that cities like Austin and Atlanta are projected to take in hundreds of thousands of residents, those areas of the country are also projected to become inhospitably hot. A 2004 Climate Central study showed that Austin is one of the fastest-warming cities in America. (Miami currently remains the warmest city in the nation.) Much of the Southern U.S. is also expected to see increased drought conditions as temperatures rise.

And, likewise, Hauer warns that not everyone who should become a refugee can actually afford to. It stands to reason that many of Miami's 2.5 million possible migrants simply won't be able to afford to leave. 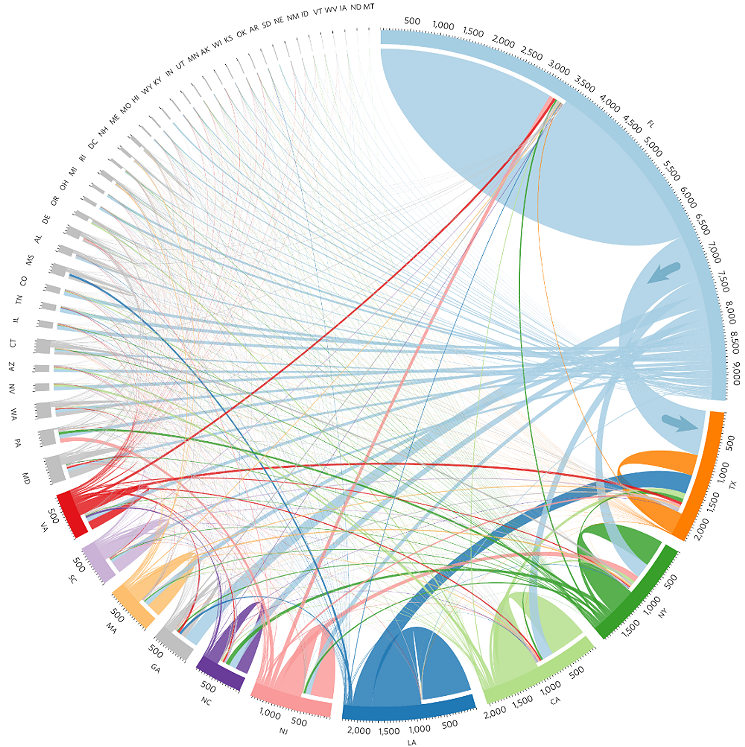