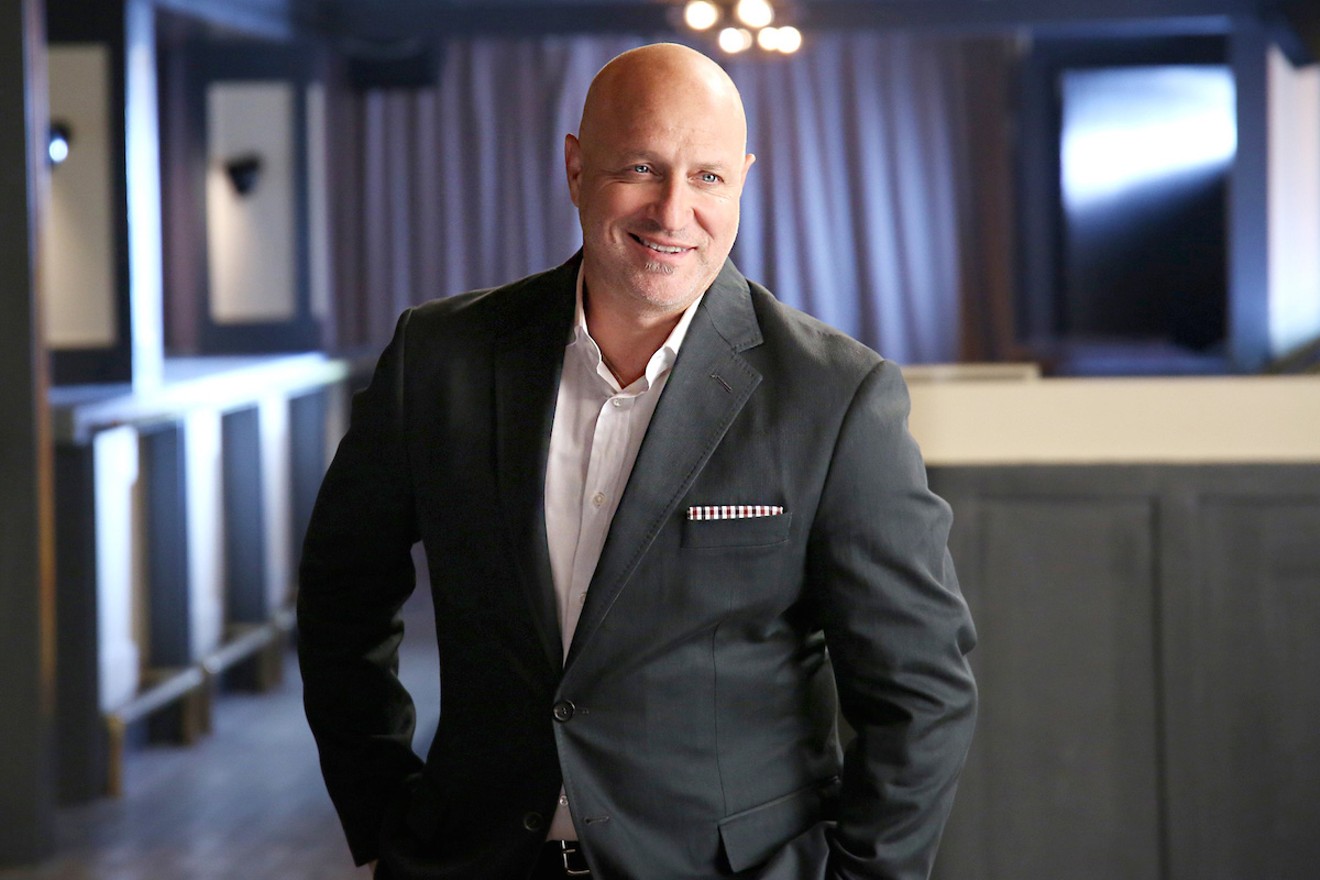 Tom Colicchio is leaving the Beach. Courtesy of Bravo
Just two years after opening, Tom Colicchio's Beachcraft, located inside the 1 Hotel South Beach, will shutter at the end of this year, Colicchio confirmed today. The hotel's bar, Tom on Collins, is slated to undergo a branding change as the Top Chef host, who oversees a fleet of Craft restaurants and other properties across the country, pulls up stakes.

Details are sparse; however, Colicchio says the main issue was that the restaurant, like most that anchor Miami Beach hotels, was a three-meal-a-day operation.

"That's the only option in a hotel," he says. "We became a breakfast restaurant."

Though there's no official word on what restaurant will take over the space at the eco-friendly resort, representatives of the Pubbelly Restaurant Group have been spotted at the property recently, according to an unnamed source. A text message to a principal of the Pubbelly Group was not answered. Plant-based culinary guru Matthew Kenney opened Plnthouse at the 1 Hotel this past March.

A 1 Hotel spokesperson couldn't immediately be reached for comment.

Beachcraft opened in mid-2015 on the heels of the hotel's $100 million face-lift. Celebrity restaurant design firm Meyer Davis (which also designed the Dutch and Michael Schwartz's forthcoming restaurant in the Paraiso Bay condo tower) was brought in to give the 170-seater its clean, airy feel. The egg-shell-colored space was bordered on all sides by thick unstained wood beams and driftwood ornaments.

However, the restaurant also suffered some early challenges after a small kitchen fire delayed its opening and its use of the massive grill that was supposed to be the bulk of the place's firepower. Nevertheless, the restaurant forged on, and an August 2015 review proved Colicchio's simply prepared fare — such as garganelli with braised rabbit, razor clams sliced and dressed in olive oil and vinegar, and hogfish with Chinese broccoli — had a well-deserved place on haughty South Beach.

Colicchio had been eyeing a restaurant in Miami as far back as 2007, when David Bouley departed the old Evolution space in the Ritz-Carlton South Beach. As this project wraps, Colicchio will also hand off in-room and poolside dining to a yet-to-be named successor.