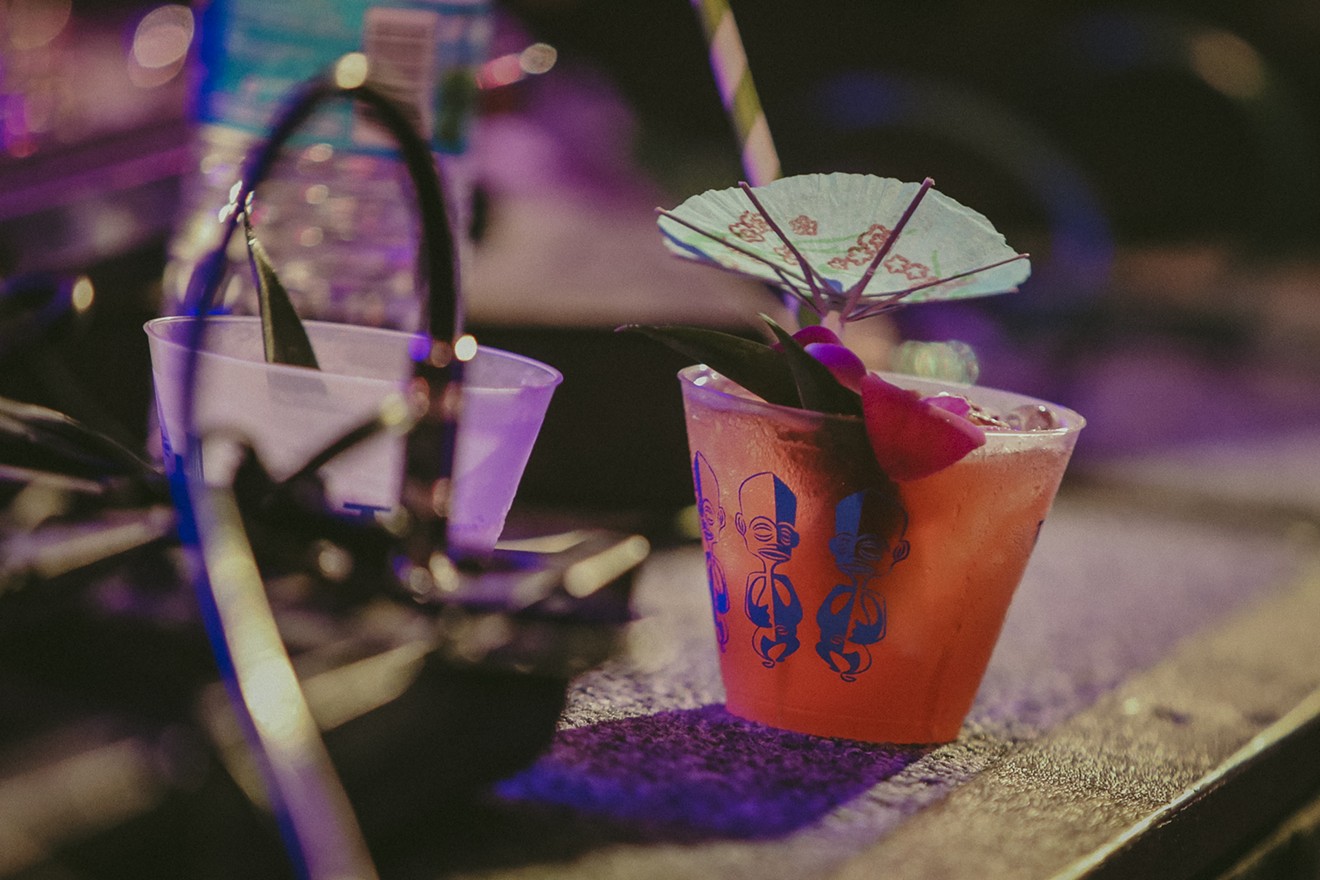 The Hukilau will return to Broward County at the Beachcomber Resort & Club in Pompano Beach. Photo courtesy of The Hukilau
When June arrives in South Florida, tiki lovers rejoice. Why? Because it's time for the Hukilau.

For the uninitiated, South Florida's Hukilau ranks among the nation's largest annual events for tiki fanatics.

Now in its 21st year, the Hukilau is celebrated over four days, acting as a reunion of sorts for tiki fans and friends who arrive clad in tropical-themed apparel, ready to sip Mai Tais.

Billed as “The World’s Most Authentic Tiki Event,” the Hukilau was founded in 2001 by Christie “Tiki Kiliki” White, who grew the event from its humble beginnings at Fort Lauderdale's Mai-Kai, a longtime tiki establishment that played host to the event through 2016.

When White announced she'd be ceasing the event following the 2011 Hukilau, newbie attendees Michael Zielinski and Richard Oneslager took ownership of the Hukilau. Together, the duo has kept its promise to propel the Hukilau forward, even giving it a much-needed "revival" with a grand reintroduction at the Hyatt Regency Pier 66 Hotel in 2017.

Today, the event continues to grow, attracting repeat attendees from all corners of the globe and bringing more than 1,200 visitors to South Florida each year.

"Taking over this event was a happy mistake," Oneslager tells New Times. "I often tell people I was looking for a new hobby. I naively thought it would be cheaper than a Ferrari and less stressful than a mistress. I was wrong on both counts."

The Hukilau returns.
Photo by Ian Witlen
This year, from June 9-12, the Hukilau will make its first full return from pandemic lockdowns. The event will take over the Beachcomber Resort in Pompano Beach, offering guests a four-day lineup of educational symposiums, classes, tiki-themed parties, spirit tastings, live musical performances, a vendor bazaar, and a chance to sample world-class cocktails from more than a dozen tiki bars from the United States and Europe.

Three tiers of tickets range from $129 to $569 per person and allow entry for one day or the entire weekend. Tickets include cocktail samples and access to some events.

Locals unfamiliar with the event are encouraged to spring for a more affordable $129 Palm Pass, which allows for access to the event on Saturday, June 11, says Oneslager, who adds it's a great way to experience a large variety of what the Hukilau has to offer.

That includes symposiums led by newcomer David Wondrich, who will be attending this year's Hukilau as a guest speaker and class tutorial teacher.

Wondrich, who serves as editor-in-chief to the Oxford Companion to Spirits and Cocktails, will be hosting "A New History of Rum Until 1900" (an educational exploration of the history of rum) and a class called "How to Make Punch Like Captain Kidd."

"I really feel fortunate and blessed to throw this party for the tiki community," Oneslager says. "There's really nothing else like it."

The Hukilau. Thursday, June 9, through Sunday, June 12, at the Beachcomber Resort & Club, 1200 S. Ocean Blvd., Pompano Beach; thehukilau.com. Tickets cost $129 to $569.
KEEP MIAMI NEW TIMES FREE... Since we started Miami New Times, it has been defined as the free, independent voice of Miami, and we'd like to keep it that way. With local media under siege, it's more important than ever for us to rally support behind funding our local journalism. You can help by participating in our "I Support" program, allowing us to keep offering readers access to our incisive coverage of local news, food and culture with no paywalls.
Make a one-time donation today for as little as $1.